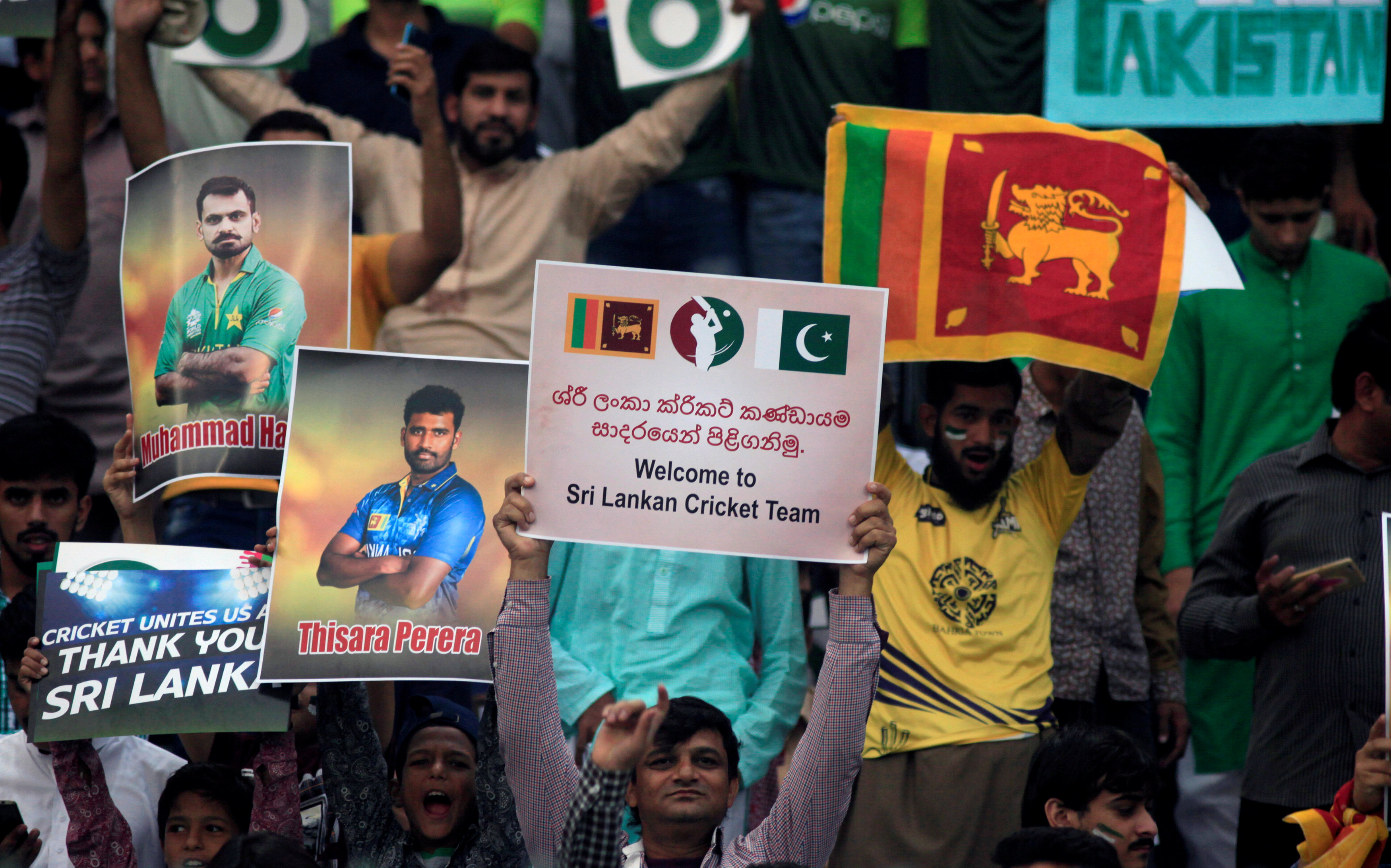 Lahore: Pakistan marked the return of international cricket to the country with a rip-roaring 36-run Twenty20 victory over Sri Lanka in front of a packed stadium in the eastern city of Lahore on Sunday.
Powered by a lightning 51 off 24 balls by Shoaib Malik and a bowling attack led by paceman Mohammmed Amir, the hosts made sure the fans would enjoy a night to remember as Pakistan finally hosted an international cricket fixture on home soil after being shunned by foreign teams for eight years due to security risks.
Pakistan's isolation began when a 2009 militant attack on the Sri Lankan team's bus in Lahore left six security personnel and two civilians dead while six players were injured.
Since then, Pakistan have been forced to play designated 'home' matches primarily in the United Arab Emirates.
"I'd like to thank the Sri Lankan team... this is something we have missed for many years," Malik said after picking up the man-of-the-match award.
"Thanks for inviting us, we really love you guys," said Sri Lanka captain Thisara Perera, whose side were beaten 3-0 in the series with the first two matches having taken place in Abu Dhabi.
After Sunday's game, jubilant Pakistani fans exiting the stadium danced and played drums on the streets of Lahore.
"I cannot forget that horrible day when the Sri Lankan team was attacked," said cricket enthusiast Altaf Akram.
"They have taken a big step. All Pakistanis welcome the Sri Lankans ... who are (now) heroes of Pakistan."
Security for Sunday's match comprised 16,000 police officials and over 250 surveillance vehicles deployed around Lahore's Gaddafi Stadium, a police official said.
"Police have taken unprecedented security measures for (the) match," Deputy Inspector General Haider Ashraf told Reuters, adding that aerial surveillance and CCTV cameras were also being utilised.
"Police snipers have been deployed at all high buildings around Gaddafi Stadium," he added.
Pakistan officials hope Sunday's match will encourage other countries to send their teams by next year.
West Indies have already committed to a tour although the dates have yet to be finalised, cricket board chairman Najam Sethi told Reuters.
Plans to bring cricket to other Pakistani cities are also underway with four domestic T20 fixtures from the Pakistan Super League (PSL) competition planned in southern metropolis Karachi.
"We want to hold two double headers in Karachi midway through the PSL and then have the final in Lahore," he said.
"Sri Lanka, West Indies, PSL, the next slot which is open to Pakistan and any other country, there will be cricket here, I guarantee you that."