It'll be fun: Rajkummar on collaborating with David Dhawan 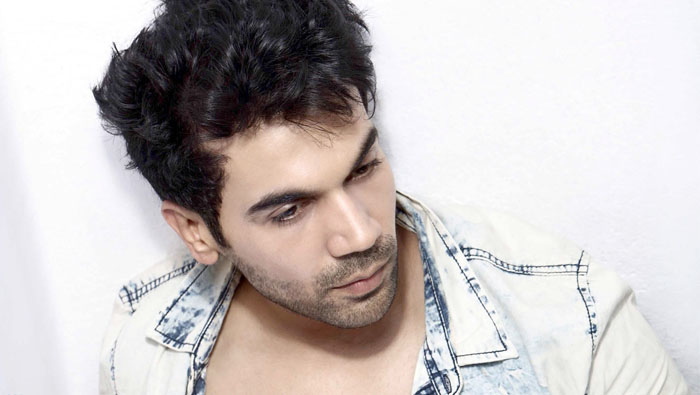 Mumbai: Filmmaker David Dhawan was impressed by Rajkummar Rao's performance in "Bareilly Ki Barfi" so much so that he expressed his desire to work with him and the actor says it would be "fun" whenever he collaborates with the director. Recently at a session, Varun Dhawan had revealed that his father, David, was blown away by Rajkummar's performance and was keen to work with the actor.
In an interview with PTI, Rajkummar says, "I am a big fan of David Dhawan's films. I grew up watching his amazing comedies. It would be great to work with him. He had called me after 'Bareilly...' and we spoke at length. He is a senior from FTII so we had that connection as well."
"He told me 'hum saath may kaam karege tu toh phaad dega!' (If we work together you will rock it). He really liked my comic timing in the film. It would be great whenever we collaborate together, it'll be a different experience. I'll try and bring something different to the table, combined with his sensibility, it'll be just fun!"
The 33-year-old actor is equally in awe of Varun, who is maintaining a fine balance in his films by acting in both commercial entertainers and content driven cinema. "Varun has been really supportive, he is very sweet and I have immense respect for him. The fine balance that he is maintaining - doing a massy entertainer like 'Judwaa' 2 but also a dark film like 'Badlapur', and working with Shoojit Sircar. I think it's a great balance for an actor."
So far for every "Trapped" and a "Newton"- Rajkummar has had a "Behen Hogi Teri" and "Bareilly Ki Barfi" - but the actor insists he does not think about "commercial prospects" while signing a film.
"For me it's the story that matters. Nobody knows what's going to happen at the box office but you can give two months of your life to a script which you've really liked."
With such releases, he has been touted as the performer of the year, though Rajkummar says he does not let this go to his head. "I don't think about it at all. I've been working non-stop, I've really enjoyed what I did. So all my focus and energy is on the work. It's a great feeling when people say 'it has been his year, he has done a wonderful job' but I feel fortunate that I got to be a part of all these scripts. Most of them worked, some didn't. But that's ok, the ratio isn't bad."
Rajkummar believes filmmakers have now started trusting him as an artiste. "I am sure there would've been people earlier as well who wanted to make a film with me but for some reason thought investing this much money on me would probably be a risk. But now they know, his films are making money, there is a definite audience who watch his films.
"They also feel confident and probably that's why my next films are bigger ones with a really wonderful story attached." "Shaadi Mein Zaroor Aana" is set to release on November 10.