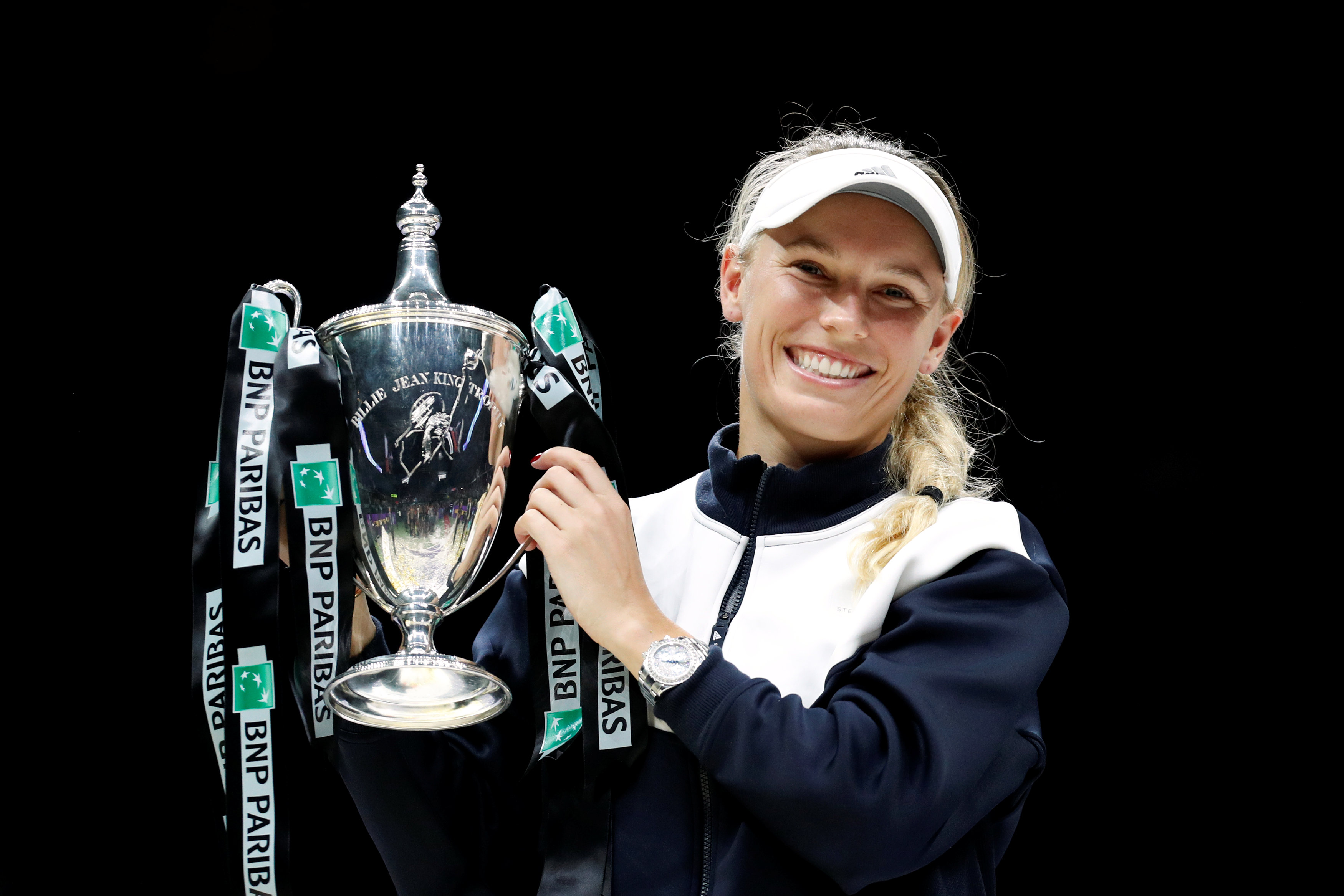 Singapore: Caroline Wozniacki feels nothing but pride as she heads into the off-season on the back of the biggest win of her career after the Dane staved off a furious Venus Williams comeback to claim the WTA Finals title for a first time on Sunday.
Facing an opponent who enjoyed a 7-0 winning record against her, Wozniacki continued to display the form and variation she had all week in Singapore to emerge with a 6-4, 6-4 victory in her fifth appearance at the elite, eight-woman event.
"It feels great. Going into the tournament, you know that it's going to be a tough one, regardless. You may leave it being 0-3 at the end of the year but you hope for the best and you hope that you can play your best tennis," she told reporters.
"I'm really proud of how I have played all week and how I have fought and how I really produced some great fighting out there," added the 27-year-old, who reached the final of the event in 2010 to go with two U.S. Open final defeats.
"To be here with the trophy means a lot and it's a great way to finish off the year."
Wozniacki had appeared to be cruising to victory at 6-4, 5-0 after barely an hour on court but needed to stay calm in the face of a fierce onslaught from her 37-year-old opponent, who simply refused to give up on her own shot at glory.
"I honestly think I served and I returned pretty well," Wozniacki added when reviewing her performance.
"I think I got a lot of her serves back, and obviously she has a big first serve, but at the same time I tried to keep pressure on her and tried to take a little bit of time away and stay a little bit closer to the baseline.
"She does great angles. When you play against her, she manages to put the ball very close to the line and with an angle you don't really get from any other player, so it catches you a bit off guard and then she opens up the other side of the court.
"It was important for me to try and cut the angles and try and take the ball on the rise and I think I did that pretty well."
Wozniacki will rise three places to No. 3 in the world rankings following her triumph but the Dane was just looking forward to a nice, long break before the new season starts.
"I'm very happy the season is finished right now. I will finish on a high. Just go on vacation, enjoy myself and rest. It's been a long year. It's been a great year," she added.
"Eventually we have to draw a line in the sand and, you know, say it's been a great one. You know, in a month's time, I will start preparing for the next season, but for now I will not be touching a racket for the next four weeks."