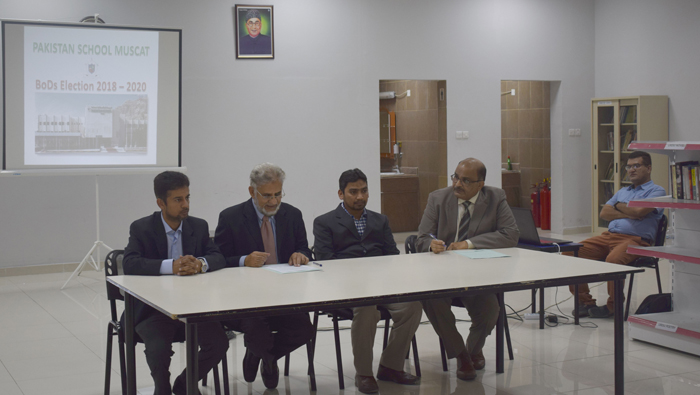 Muscat: Muhammad Zia ulHaq Siddiqui, the chairman of the steering committee of Pakistan schools in Oman, announced the upcoming election of the new BoD members during the month of December at various branches of the school.
The election will be held at various school branches as per the schedule as follows; management committee election for PS Sohar will be held on December 12, 2017, PS Musannah on December 14, 2017, PS Salalah on December 17, 2017, PS Nizwa on December 18, 2017, PS Seeb on December 19, 2017, and the Board of Directors (BoD) election at Pakistan School Muscat will be held on December 21, 2017.
Ministry of Education (MoE) dissolved the Board of Directors for the period 2016-18 on June 18, 2017. Following which the MoE had nominated the five-member steering committee headed by Siddiqui to run the management and monitoring of schools. The Steering Committee was also assigned to conducting a free and fair election of BoD and SMCs for the period of 2018-2020.
As per the decision of MoE, elected members of BoDs during the period 2016-18 including the two SMC presidents on the board are not eligible to contest the BODs elections under Clause No. 4.2.4 and 11.2.4 of approved by-laws. Further, SMC Seeb for the period 2016-2018 was dissolved on October 15, 2017, and those members are not eligible to contest the elections under the aforementioned clauses of the by-laws.
PSM along with its branches, like all other community schools, work under the control of Ministry of Education, Oman. The approved by-laws of PSM are the source of guidance for BoDs/ SMCs. Board of Directors is responsible for the management and monitoring of Pakistan School Muscat and its branches. As per the by-law, the parents of students elect the BoD for a period of two years. The election is held under the supervision of Ministry of Education, Sultanate of Oman.