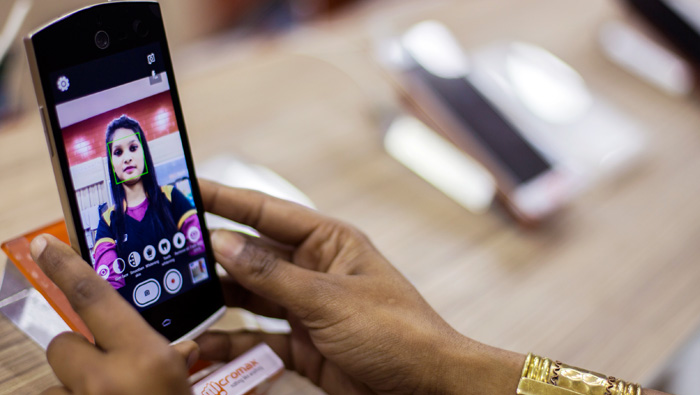 Mumbai: A year ago, Micromax vaulted past Samsung Electronics to become India's leading smartphone brand. Today, its market share has nearly halved, several top executives have resigned, and the company is looking for growth outside India.
In Micromax's slide to second place is a tale of the promise and peril of India's booming but hyper-competitive smartphone industry.
India is the world's fastest-growing smartphone market. Shipments of smartphones jumped 29 per cent to 103 million units last year.
Rapid growth has helped nurture a crop of local brands, led by Micromax, that outsourced production to Chinese manufacturers. Now, as Samsung rolls out more affordable phones, the same Chinese factories are entering the Indian market with their own brands, depressing prices and forcing Indian mobile makers to rethink their strategies.
"What the Indian brands did to the global brands two years ago, Chinese phone makers are doing the same to Indian brands now, and over the next year we see tremendous competition for Micromax and other Indian smartphone makers," said Tarun Pathak, analyst at Counterpoint Research in New Delhi.
India’s Micromax now a struggling brand
Micromax, which was founded in New Delhi by four partners in 2000 but only began selling mobile phones in 2008, built its market share by working with Chinese manufacturers such as Coolpad, Gionee and Oppo to offer affordable phones quickly. In 2015, it launched more than 40 new models.
In 2014, the founders brought in outside managers to lead the company at a time when Micromax was challenging Samsung to become the largest mobile phone maker in India.
But tensions arose soon after between founders and the newly hired executives, six former executives said. These conflicts undermined Micromax's attempts to raise funds for expansion, say former executives.
Last May, Alibaba walked away from a mooted $1.2 billion purchase of a 20 per cent stake, citing a lack of clarity on growth plans, according to one executive involved in the discussion. Micromax co-founder Vikas Jain said in an interview this week that the company and Alibaba disagreed on a future roadmap. Alibaba declined to comment.
Former executives said the lack of fresh funding undermined a proposal by the new executives to move Micromax's research and design operations, which had previously been outsourced, in-house. The move was intended to help Micromax differentiate itself from generic Android clones.
"We hired about 80-90 people in Bangalore to do in-house software and design, but with no money from the investors and little interest from the founders, that team fizzled away and that office has been partially shut down now," said a former executive.
After Alibaba walked away, Micromax struggled to attract other investors who would have been key to Micromax's plan to invest in software R&D and hardware design. The company was forced to scale down the in-house R&D project, a top executive involved in the fundraising plan said.
At least five senior executives have resigned since November. The latest was Vineet Taneja, chief executive since 2014, who quit last week.