Average inflation in first nine months pegged at 1.65 per cent 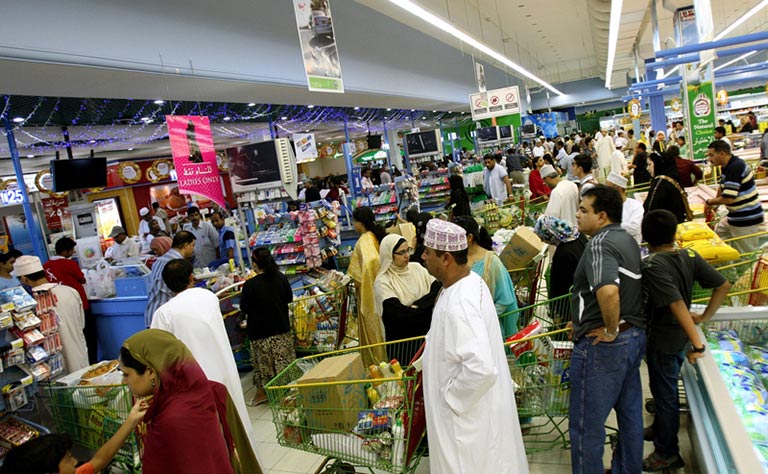 Muscat: Oman's average inflation for the first nine months of 2017 stood at 1.65 per cent, mainly driven by a substantial increase in tobacco prices and transport costs.
However, the year-on-year inflation rate in September alone, calculated in terms of the consumer price index, stood slightly lower at 1.6 per cent, shows the latest monthly statistical bulletin released by the National Centre for Statistics and Information (NCSI).
Price of tobacco products during the January to September period soared by 23.73 per cent, while transport costs rose by 5.27 per cent during the period. The Oman government removed subsidy on fuel in January 2016, causing an increase in the prices of petroleum products. For instance, Super Grade petrol (M95) cost 205 baisas in October (against 120 baisas prior to removing subsidies), while Regular Grade petrol (M91) costs 186 baisas now. A similar increase was witnessed in diesel price as well.
Other major product segments that showed a growth in prices were education, fish and seafood.
Citing a report from the International Monetary Fund (IMF), the Central Bank of Oman in its financial stability report recently said the inflation rate calculated in terms of the consumer price index will be pegged at 4.1 per cent this year and will stabilise at around 3 per cent in 2020.
However, it is much lower than the 8 per cent inflation estimate for the entire Middle East and North Africa (MENA) region for the current year.
The expected increase in the inﬂation rate is consistent with the removal of subsidies and higher-than-expected interest rates. These inﬂation rates are still in single digits and not expected to destabilise the macro-economy or to create any ﬁnancial instability. Further, tight liquidity in the financial system drives interest rates, which in turn increases inflation.