Countering online propaganda in Jammu and Kashmir will be primary focus: Sharma 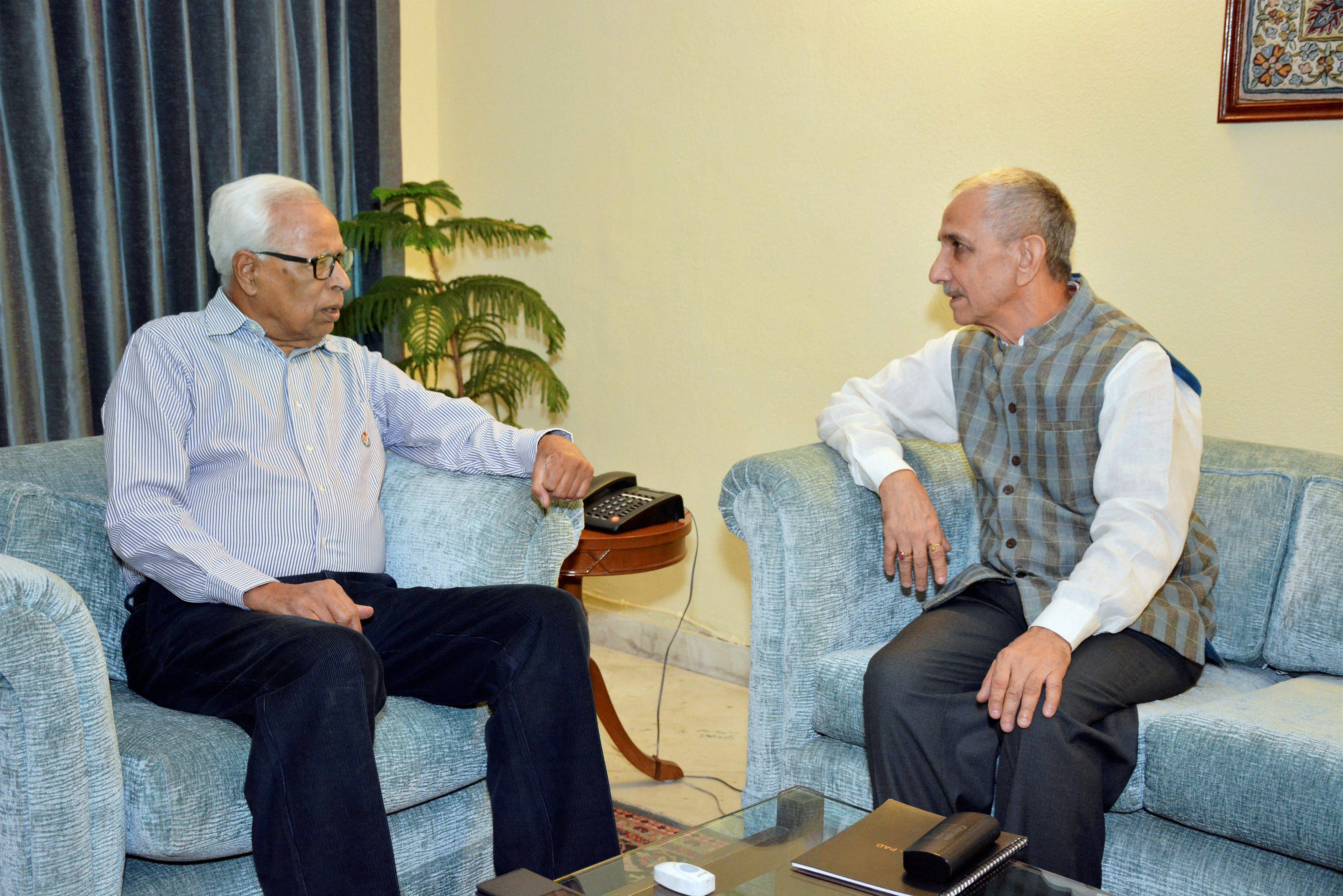 New Delhi: Dineshwar Sharma, the Centre's special representative for talks on Kashmir, said on Sunday that his focus in the new role would be to prevent the Valley's youth from falling prey to false online propaganda.
Sharma, who will be heading for his maiden visit in his new role to Jammu and Kashmir later this week, said countering false sloganeering and propaganda available online will top his agenda to wean away youth from wanton violence.
"Surprisingly, everyone asks me whether I want to meet Hurriyat and other separatists groups. I am open to meeting all as has been made clear by the Union home minister (Rajnath Singh) while making the announcement. Why does this doubt arise in the first place," 61-year-old Sharma, an old hand on Kashmir, told PTI here.
"I am going to the Valley with no blinkers on. I am willing to meet every common person who has a genuine grievance," he said. A 1979-batch IPS officer of the Kerala cadre, who rose to the prestigious post of Director of Intelligence Bureau, has been appointed as the Centre's representative for sustained dialogue on Jammu and Kashmir.
When asked why his focus was on the youth, Sharma said, "One needs to understand that the youth and students are our future. They have to take forward Jammu and Kashmir to new heights in the next few years and that is why my attempt is to clear their misconceptions at this stage so that they progress with a focused vision."
He said on Sunday there were reports that young Kashmiris were getting radicalised by false online propaganda. "One needs to counter it and it is a full-time job. We have to provide answers to their queries and I hope that I will be able to do that," he said.
Hailing from Bihar, Sharma said that his emotional attachment with Kashmir dates back to his first field posting to the Valley in 1992. "Much water has flown down this bridge since that time. My focus will be to build dams of peace around the rivers of the Valley," he said.
Sharma referred to the statement made by Prime Minister Narendra Modi during his Independence Day speech and said, "I am simply carrying forward the message of peace as envisaged by the prime minister who also focuses on the youth of the nation as well as the state."
Replying to a question about demands made by some political parties that Pakistan should also be made a party to the Kashmir issue, Sharma quipped, smilingly, "My mandate is to ensure peace for my people. Issues beyond this are out of my syllabus."
Asked when he would embark on a visit to the Valley, Sharma said "it will be later this week." To a question on how his appointment as the Centre's point man was different from other such moves previously, Sharma said, "I am not in the business of comparison. I have a job to perform to the best of my abilities and I will do that. Comparison is for the historians to do."