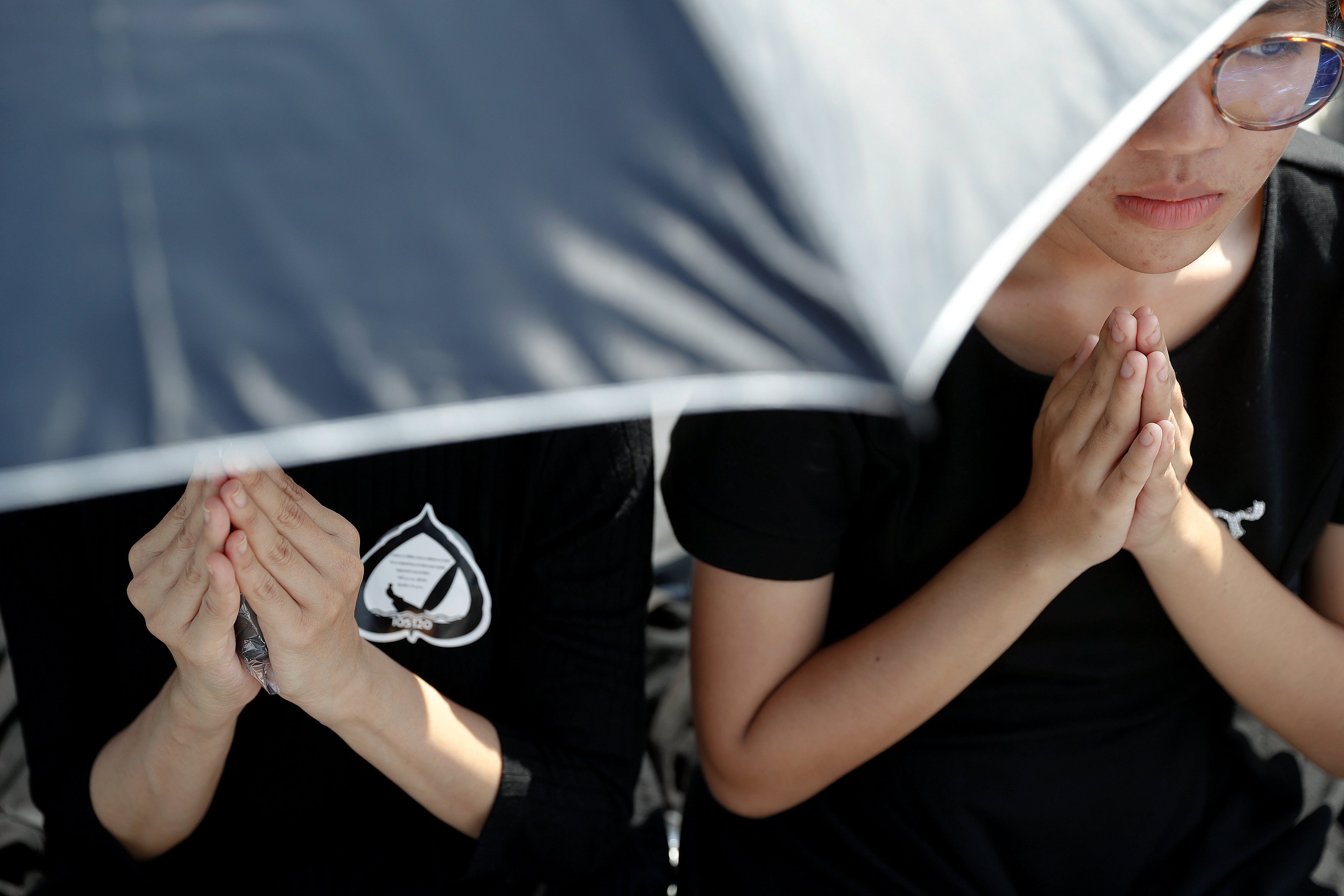 Bangkok: The bones and ashes of Thailand's late King Bhumibol Adulyadej were brought to their final resting places on Sunday, the fifth and last day of an elaborate funeral ceremony that drew hundreds of thousands of mourners to the streets of Bangkok.
King Bhumibol, the world's longest reigning monarch when he died last year at the age of 88, ruled Thailand from shortly after World War II and was revered as a stabilising figure through coups, protests and natural disasters.
The $90 million royal funeral drew mourners clad in black from across the country to Bangkok, where King Bhumibol was cremated on Thursday in an elaborate gold crematorium built for the ceremony outside the Grand Palace.
Over 19 million Thais - more than a quarter of the 69 million population - participated in ceremonies by presenting symbolic sandalwood flowers to be burned at temples and crematorium replicas across the country, according to the government.
On Sunday, the late king’s bones were moved to the Chakri Throne Hall, where royal relics are kept within the Grand Palace in a ceremony that involved senior monks from temples across the country. His son, new King Maha Vajiralongkorn, led the religious rite.
On Sunday evening, Princess Sirivannavari Nariratana led the final royal procession on horseback to the Wat Rajabopidh and Wat Bovoranives temples where her grandfather's ashes were placed in keeping with a ceremony steeped in religious symbolism and tradition.
Mourners, some in tears, were gathered outside the temples.
"I will always have him stored in my heart. Whether as pictures, however old and torn, the memory of him will always be kept in my heart," said Chalermporm Prabutr, 72.
Wat Rajabopidh was built by the late king’s grandfather, King Chualalongkorn, and houses the remains of other royals including the late king’s father, Prince Mahidol and the princess mother, Srinagarindra.
Some of the late king’s ashes were also be laid at Wat Bovoranives, the temple where he entered the monkhood in 1956 after his grandmother’s death, a custom for Buddhist males after the death of a relative.
Wat Bovoranives is also the centre of the more austere strain of Thai Buddhism founded by the late king's great grandfather, King Mongkut.
Many Thais have worn black for the past year in mourning for King Bhumibol. The military government has told people to wear bright clothes from Monday, when the mourning period formally ends.