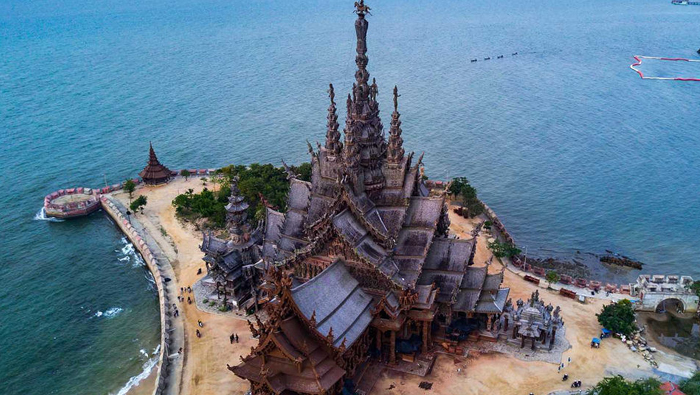 Qatar Airways has responded to increased customer demand for services to Thailand by launching direct flights to Pattaya, the airline’s fifth route to the country. The new four-times-a-week service, which starts on 28 January 2018, is in addition to the airline’s existing flights to Bangkok, Krabi, Phuket and soon to be launched, Chiang Mai. The launch of the service to historic Chiang Mai is scheduled to start on 12 December, 2017.

Located on the popular southeast coast of Thailand, Pattaya and nearby Rayong are major destinations for sun-seekers looking to soak up the local culture or relax and bask on one of the areas extensive beaches. Holiday-makers on the route are expected to come from Qatar Airways’ extensive network of destinations across Europe and the Middle East.

Qatar Airways Group Chief Executive, Akbar Al Baker, said: “We are delighted to announce the launch of our newest route to Pattaya in Thailand, our fifth route to one of Southeast Asia’s most popular destinations. Thailand is continuing to grow in popularity with our passengers, who love travelling to this beautiful country to enjoy its incredible culture, cuisine and natural scenery.

"Qatar Airways is committed to responding to customer demand by flying our passengers where they want to go and providing them with our unrivalled five-star service to destinations around the world.”

Qatar Airways will operate a Boeing 787 Dreamliner, with 22 seats in Business Class and 232 seats in Economy Class on flights between Doha and U-Tapao Rayong Pattaya International Airport, on its winter schedule. It will be the first five-star Middle East airline to offer flights to and from Pattaya.

Qatar Airways currently holds the title of ‘Airline of The Year’ as awarded by the prestigious 2017 Skytrax World Airline Awards. In addition to being voted Best Airline by travellers from around the world, Qatar’s national carrier also won a raft of other major awards at the ceremony, including ‘Best Airline in the Middle East,’ ‘World’s Best Business Class’ and ‘World’s Best First Class Airline Lounge.’

Qatar Airways operates a modern fleet of more than 200 aircraft to a network of more than 150 key business and leisure destinations across Europe, the Middle East, Africa, Asia Pacific, North America and South America. The airline is launching a host of exciting new destinations planned for the remainder of this year and 2018, including Canberra, Australia; St Petersburg, Russia and Cardiff, U.K, to name just a few.