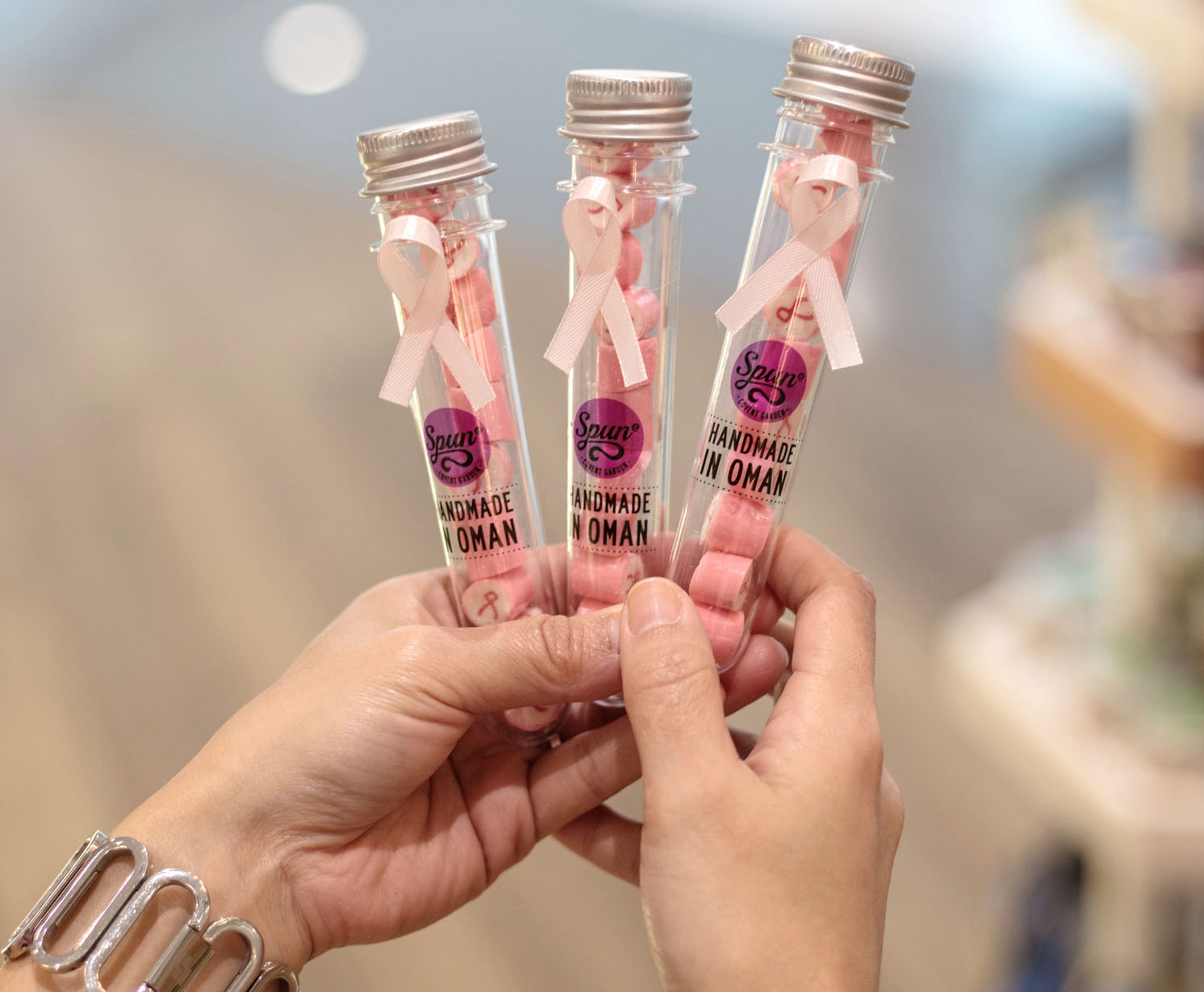 In support of Breast Cancer Awareness Month, Bin Mirza International has rolled out a number of initiatives in support of this worthy cause. For the month of October, customers can show their support at Second Cup with 25% of proceeds from Italian Soda and Fruit Chiller sales going to the Oman Cancer Association (OCA), at BreadTalk 25% of proceeds from the Breast Cancer Ribbon Cheese Stick Buns going to OCA and 100% of sales from Spun Candy’s Breast Cancer Month Tube Candy Jars going to OCA and are available to purchase at Second Cup, BreadTalk and Spun Candy for 600 baisa each.
[email protected]