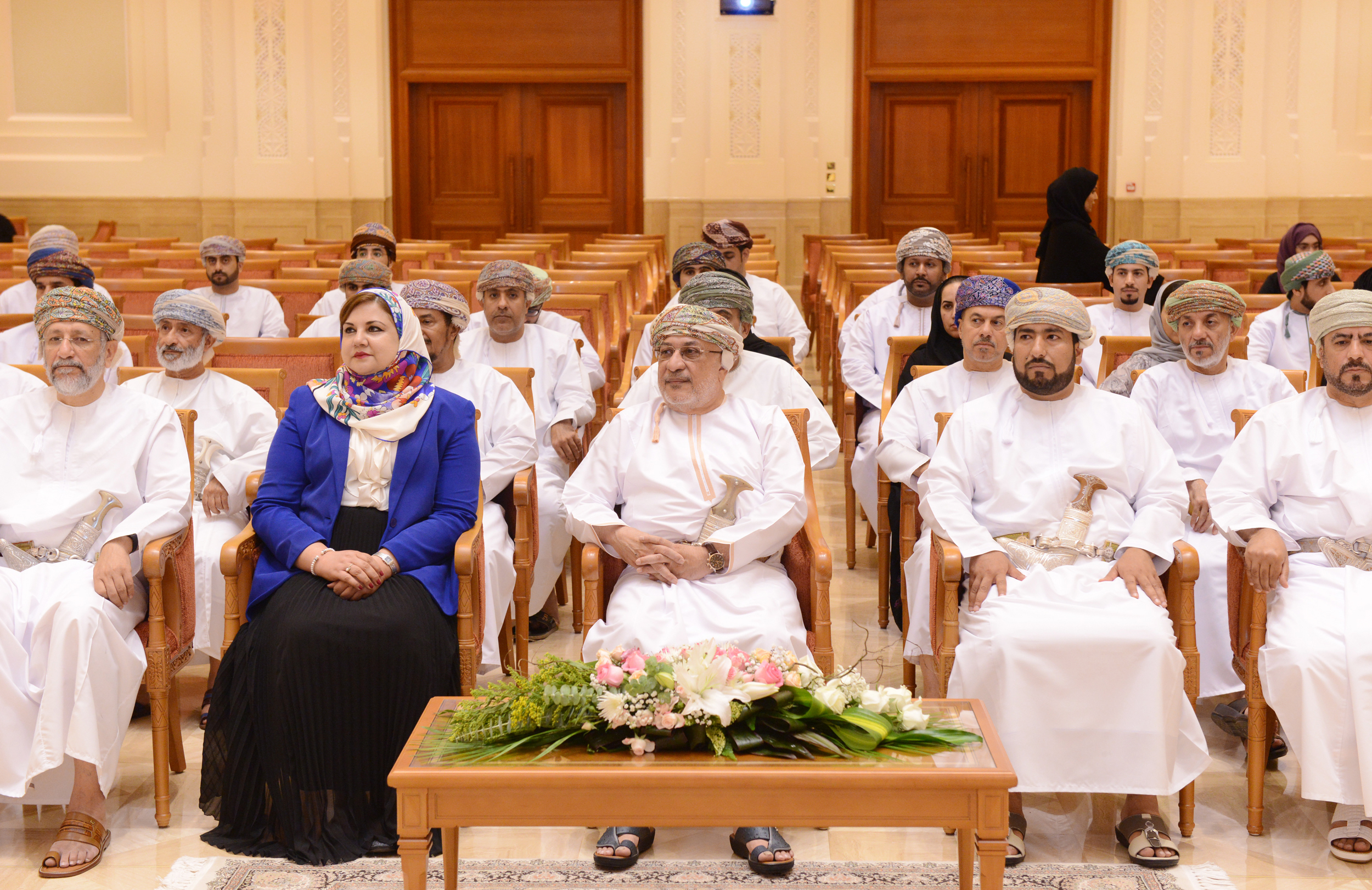 Muscat: State Council on Sunday organised an interactive session titled, ‘Youth and Parliamentary awareness’ dedicated to the celebration of the Omani Youth Day.
It aimed to draw up a road map to develop parliamentary awareness among young people.
The session was held under the patronage of Dr. Yahya Bin Mahfoudh Al Manthri, State Council Chairman, in the presence of Dr. Suad Mohamed Ali Sulaiman Al Lawati, State Council Chairperson, State Council members and Khalid bin Salem bin Saeed Al Saidi, Chairman of National Youth Commission and Secretary General of the Council.
Al Manthri said that the session coincides with the fourth Omani Youth Day and is an initiative to participate in the celebration of this national occasion, which reflects the high interest of His Majesty Sultan Qaboos bin Said in the youth and recognizes its vital role in building the future of Oman.
He added: His Majesty Sultan Qaboos bin Said’s vision to observe October 26 every year, officially recognises the day as Omani Youth Day, symbolising the trust placed in the youth to continue building the Sultanate’s present and the country’s bright future. It underlines the great attention His Majesty vests in the youth since the initiation of the blessed Renaissance. It confirms that His Majesty appreciates and respects the role youth play as the main segment of society in ensuring overall development and holding out hope not only about the country’s present, but also about its future.
The session started with recitation of Holy Quran by Mahboob Al Ruhaili, followed by a video of the Royal speech of His Majesty on the Omani youth. The documentary on State Council in Arabic was also relayed for the audience.
The moderator initiated the session, Abdullah bin Saleh Al Buraiki, Assistant Secretary-General for Media and Public Relations.
He added the participation of the State Council in this national celebration comes in response to the directives of His Majesty for the interest of youth and reflects his keenness to communicate with the society in all its different sectors and sectors, especially the youth group, which constitutes the largest proportion of the young Omani society. It encourages national youth activities and efforts to empower Omani youth, celebrate their achievements, express their aspirations, highlight their role in building their country, and contribute to the promotion of its advancement and the consolidation of its progress and prosperity.
Al Buraiki said that the Council's staunchly believes in the importance of disseminating parliamentary awareness, especially among young people. This sessionis dedicated todiscussing parliamentary awareness and how to strengthen it through constructive discussion and meaningful discussion.
He expressed the hope that this dialogue session will be a qualitative addition and achieve the objective in raising parliamentary awareness in this category, which represents half of the present and the future.
The panelists included Eng. Khalfan Saleh Mohamed Al Naabi, Member and Bureau member of the State Council, Dr. Bakhit Ahmed Suhail Al Mahri, Member of Education and Research Committee, Dr. Badria Ibrahim Khalfan Al Shihi, Member of Economic Committee, Dr. Ahmed Ali Mohammed Al Mashikhi, Member of Culture, media and Tourism Committee, Dr. Raya bint Salim Al Mantheri, Member of Education and Research and Nasser bin Humaid Al-Hinai, former president of the Student Council at SQU.
Eng. Khalfan Saleh Mohamed Al Naabi highlighted the first axis titled: "The role of parliament in national action and the strengthening of the state of institutions".
He stressed that the Omaniparliamentary experience is a unique model among contemporary parliamentary systems.
Dr. Bakhit Ahmed Suhail Al Mahri spotlighted on the second axis: "Youth and the consolidation of the approach of dialogue".
He underscored the prime role of social networks in disseminating parliamentary knowledge interactively.
Dr. Badria Ibrahim Khalfan Al Shihi, the third axis accentuated, “the concept of parliamentary awareness and the importance of its inculcation in the hearts of young people".
Her key takeaway was enhancing parliamentary awareness among young people contributes to the development of parliamentary practice.
Dr. Ahmed Ali Mohammed Al Mashikhi, introduced the fourth axis: "the new media and how to employ it in the dissemination of parliamentary awareness”.
He spoke about the need to instill the principles of dialogue among young people to deal consciously with it.
Dr. Raya bint Salim Al Mantheri called attention to the Fifth Axis: The Omani Audience in the International Parliamentary Forum "Review of the Experience”.
The institutional sector is called upon to promote the empowerment of youth and to positively listen to their aspirations.
Nasser bin Humaid Al Hinai while discussing the sixth axis spoke about the importance of "Student departments and simulation of parliamentary practice".
He discussed the vital role of the student administrations in the students' familiarity with the practice of governance.
He discussed the role of student administration in instilling democratic values ​​among students, and how student advisory councils can benefit from the Council of Oman.
Following the panel discussion, the audience received an opportunity to engage in an interactive discussion with the panelists.
The session concluded with the presentation of mementoes by Dr. Suad Mohamed Ali Sulaiman Al Lawati, State Council Chairperson, in recognition of tangible contribution in serving youth issues.