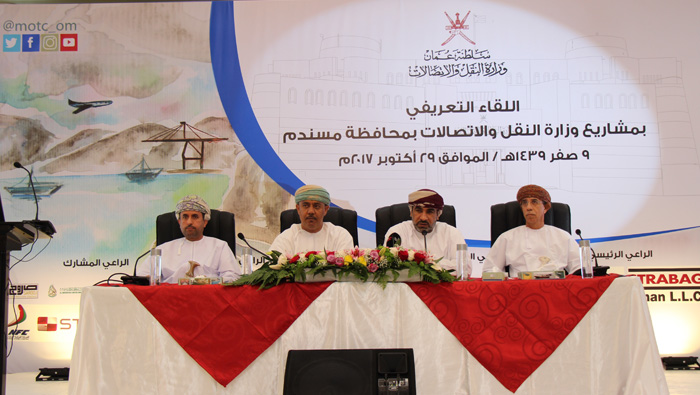 Muscat: Oman’s government is planning to build a new airport in the Sultanate. “A study is being done to construct a new airport in Musandam governorate,” the Ministry of Transport announced on Sunday.
For this, the government will hire a consultant to conduct a feasibility study. “We will be examining the estimated cost and will also conduct a study on the environmental impact for the new proposed airport,” it said.
The airport would be the sixth airport serving the country, in addition to Muscat, Salalah, Sohar, Duqm and Khasab.
During an introductory meeting on the projects of the Ministry of Transport and Communications in the Governorate of Musandam, held at Khasab Hotel, Dr. Ahmed bin Mohammed Al Futaisi, Minister of Transport and Communications affirmed that the transport and communications sector in the Governorate of Musandam has received the due care which reflects the continuous development efforts in the governorate despite the economic changes due to oil price drop, ONA reported.
He added that the government is going ahead in implementing the development projects in various sectors including transport, ports, airport and communications. He added that work at many of the service projects have reached an advanced stage to meet the economic, construction and population growth in the Governorate.
'Despite the tough topography of the Governorate of Musandam, the Ministry has not and will not stop the construction or roads to connect the various wilayats and villages, facilitate movement of people and meet the needs of the growth witnessed by the Governorate at all levels.
He added that Khasab-Diba-Lima road, is one of the vital projects that takes priority in implementation not only at the Governorate level but at the Sultanate's level. He affirmed the importance of the Governorate in the development plans and programmes for the Sultanate during the coming period, especially there is a strategy for comprehensive development of the Governorate of Musandam.
As for the improvement of communication services he added that Oman Broadband Company has completed the high frequency optic fiber cables in preparation to connect the service to locals in the wilayat of Khasab next year.
As for Khasab Port, he said that the port is open for full investment and that a number of international companies, especially those from Singapore and China have expressed their serious interest to invest in and develop the business, tourism and fisheries activities of the port, in addition to developing the port marine facade.
He also affirmed that the Ministry will award the maintenance project to the contractor to maintain the roads monthly.