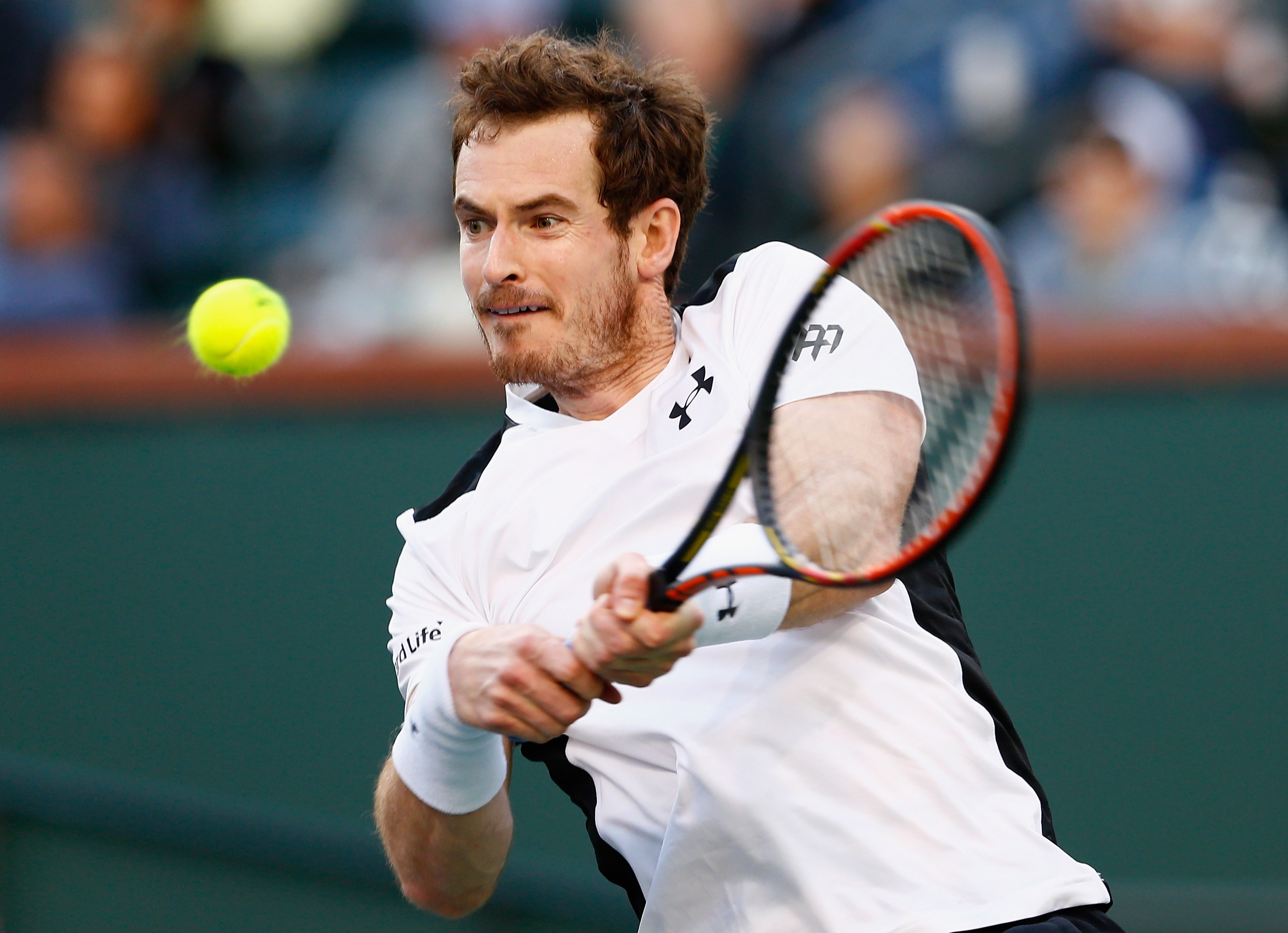 Indian Wells: World number two Andy Murray was given a tough test but pushed his way past Marcel Granollers 6-4, 7-6(3) in his opening match at the BNP Paribas Open in California on Saturday.
Murray led Great Britain to a Davis Cup victory over Japan last week, but apart from that team event had not competed since his Australian Open final loss to Novak Djokovic on January 31.
Murray has made plenty of news off the court since then, however, welcoming the birth of his first child last month and earlier this week rebuking Maria Sharapova for her drug test failure.
On the court in Indian Wells on Saturday, Murray overcame a break in the first set, and then took the second in a tiebreak against his Spanish opponent.
"It was very different conditions to what I have been practicing and playing in in the past five weeks, against a tough, unorthodox player," Murray told reporters. "He's got quite a different game. He's very smart player, as well, intelligent player, and often makes the right decisions."
Earlier, Canadian Milos Raonic took only 55 minutes to dispatch Inigo Cervantes.
Raonic, playing for the first time since a groin injury contributed to his heartbreaking five-set semi-final loss to Murray at the Australian Open, was delighted with his form.
"To come out, and really not know how things are going to go, find your rhythm well early on, do the fundamentals well, dictate the match, I'm very pleased with that," Raonic told the Tennis Channel.
"When I look at the overall picture of my progress, development, I have to be very pleased. I've incorporated a lot of new things in my game. I'm getting more efficient coming forward at the net and I think I'm able to put more and more pressure on my opponents."
In other second-round action, third seed Stan Wawrinka easily handled Illya Marchenko 6-3, 6-2 and sixth seed Tomas Berdych cruised past Juan Martin del Potro 7-6(4), 6-2.
Frenchman Gael Monfils and Richard Gasquet both advanced, controversial Australian Nick Kyrgios was docked a point for swearing in his loss to Albert Ramos 7-6(4), 7-5, and 10th seed Marin Cilic topped Ryan Harrison 6-4, 6-3.
On the women's side, Australian Open champion Angelique Kerber was upset by Denisa Allertova of the Czech Republic 7-5, 7-5.
Second seed Kerber has been in a bit of slump since beating Serena Williams in the Australian Open final, losing three of her past four matches.
She was not the only high seed to fall, however, as fourth seeded Garbine Muguruza of Spain went down to American Christina McHale 7-5, 6-1.
Muguruza struggled with her serve and was broken five times.
American Sloane Stephens was knocked out by Eugenie Bouchard 7-5, 7-5.