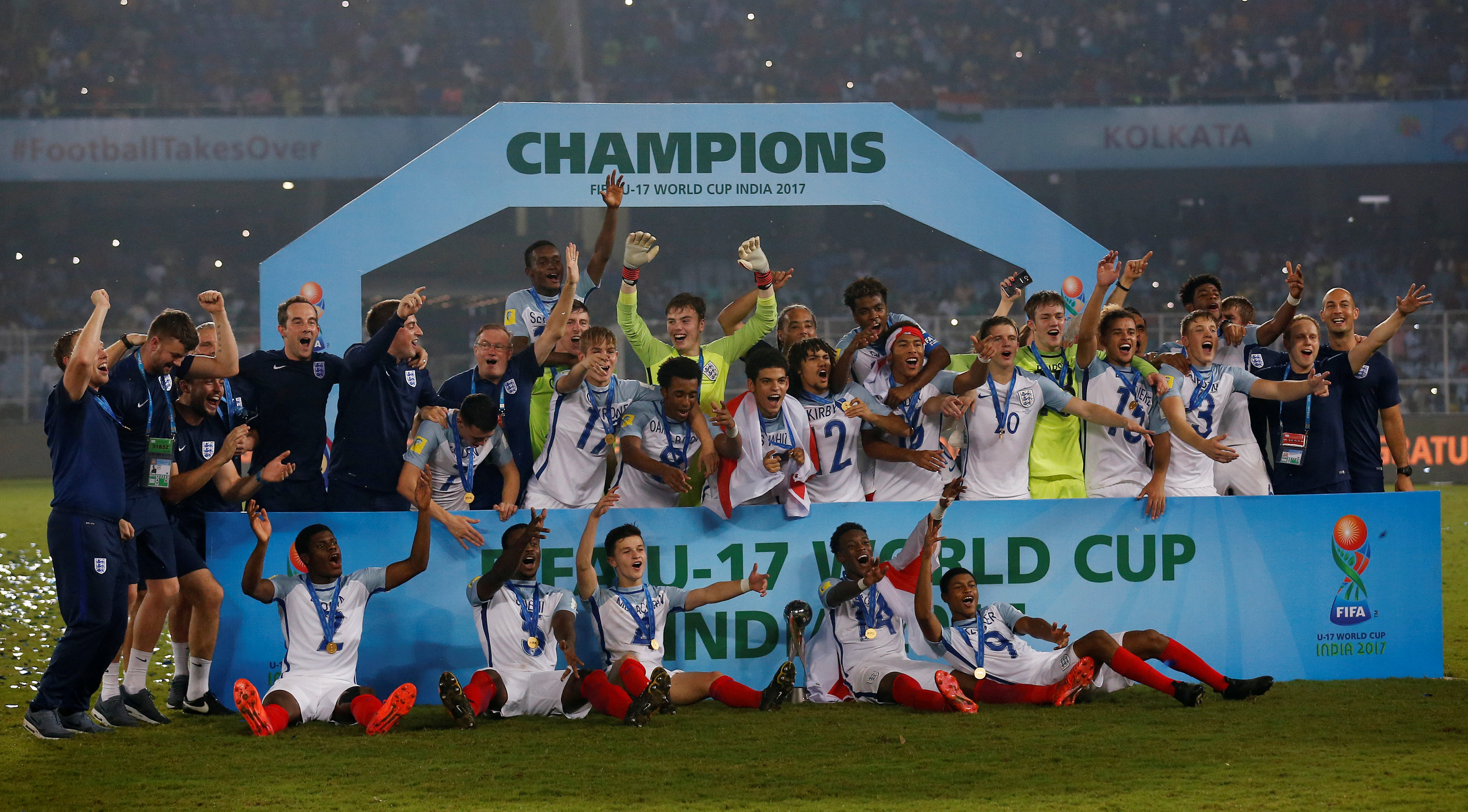 Kolkata: Manchester City midfielder Phil Foden struck twice as England came from behind to thrash European champions Spain 5-2 and clinch their maiden Under-17 World Cup title in Kolkata, India on Saturday.
England, who lost the Under-17 European Championship final to Spain on penalties in May, added to their success at youth level this year following victories in the Under-20 World Cup and Under-19 European Championship.
It was a remarkable comeback for coach Steve Cooper's side in front of more than 60,000 spectators as they scored five goals without reply after going down 2-0 with 31 minutes gone.
After Morgan Gibbs-White nearly put England ahead early on, Spain took the lead as Barcelona's Sergio Gomez beat the offside trap to tap in on 10 minutes. He then struck his fourth of the tournament with a powerful shot from inside the box after the half hour mark.
**media[761693]**
England hit back through Liverpool's Rhian Brewster, who headed in Steven Sessegnon's cross from the right close to halftime and levelled at 2-2 when Gibbs-White turned in another Sessegnon pass to finish a slick move on 58 minutes.
Foden put England ahead when he slotted in Callum Hudson-Odoi's searching ball before Marc Guehi ended Spain's hopes of a comeback by making it 4-2. City youth Foden then scored his second on a brisk counter-attack to seal the win.
Striker Brewster, who scored hat-tricks against Brazil and the United States in the last two games, ended the event as the leading scorer with eight goals while man of the match Foden was named the best player of the tournament.
Earlier, midfielder Alan's fortuitous 55th-minute opener and substitute Yuri Alberto's late goal helped three-times champions Brazil overcome Mali 2-0 to finish third.