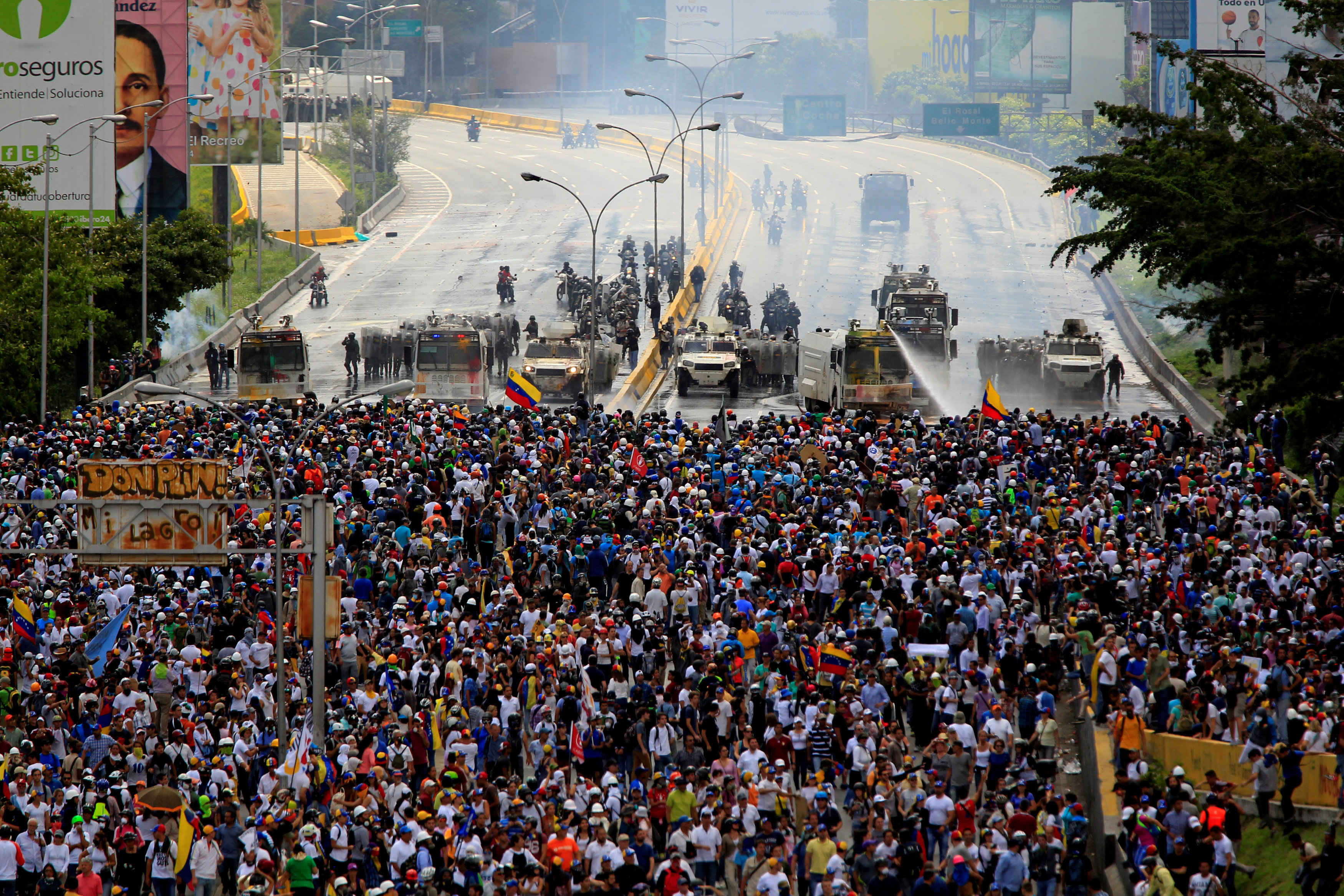 Caracas/San Cristobal (Venezuela): With some nursing wounds, others jailed and many heading abroad, Venezuela's young opposition supporters are demoralized by the ruling socialists' shock election win this month, after prolonged protests failed to oust President Nicolas Maduro.
Having for months led rallies and battles against Maduro's security forces in which scores died, youth demonstrators reluctantly abandoned the streets as the opposition turned its attention to the Oct. 15 gubernatorial vote.
Though the opposition looked set to win comfortably due to public anger over food and medicine shortages, plus soaring inflation, the government took 18 of 23 governorships.
That left thousands of young protesters furious and disillusioned with opposition leadership. Many had vigorously opposed participating in the election because it would legitimize what they see as a dictatorship.
"We have been betrayed," said graphic designer Manuel Melo, 21, who lost a kidney when hit by a water cannon jet.
"The political opposition does not represent us," he added, in his small bedroom in a poor neighbourhood of the teeming capital Caracas. A stylized picture of a heart emblazoned one wall of the room, while a gas mask, used to protect him from tear gas during the unrest, adorned the other.
Melo and many others now see the protests, which left 125 people dead and thousands wounded or in jail, as a waste of time.
They have little stomach to return to the fight and view the leaders of the opposition Democratic Unity (MUD) coalition as traitors for abandoning the streets in favor of a ballot they believe was rigged by the pro-Maduro election board.
Their disillusionment heightened this week when four of the five winning opposition governors with the Democratic Action party broke ranks with the coalition to swear themselves in before an all-powerful legislative superbody that Maduro's foes had vowed never to recognize.
That set off a round of unseemly in-fighting and recriminations within the opposition, with heavyweight leader Henrique Capriles saying he would abandon the coalition while Democratic
Action leader Henry Ramos remained a member.
"I'm totally dejected because after all these protests, the election, nothing has changed," said student Javier Lara, 18, who watched a fellow protester die in unrest in the volatile city of San Cristobal on the border with Colombia.
Like many young Venezuelans, Lara now plans to head abroad as soon as possible - to Peru in his case.
"We've been sold out by the opposition," he said.
The Democratic Unity coalition finds itself in crisis.
Its strategy of contesting the gubernatorial elections backfired spectacularly.
In the wake of defeat, stunned opposition leaders could not even agree whether to pursue fraud allegations, with some refusing to accept the election results and others publicly admitting defeat.
A breakup, or reformulation of the coalition, now looks inevitable, with a new strategy and possibly fresh blood needed for the 2018 presidential election.
Though polls routinely showed the opposition had majority support, many Venezuelans view their leaders as an elitist group out-of-touch with their problems.
"The MUD is all over the place," said Antonio Ledezma, a veteran politician and former opposition mayor who is under house arrest. "The international community deserves an explanation of our behavior."
Some young opposition supporters are seeking inspiration away from traditional leaders. They voice admiration for Lorenzo Mendoza, a billionaire businessman who has shied away from politics, and Juan Carlos Caguaripano, a former National Guard captain who led an August attack on a military base.
Heaping humiliation on the opposition, Maduro says daily in speeches that "peace" has won and a U.S.-backed plot to oust him has been defeated.
To stoke his foes' disarray, Maduro has urged Democratic Action leader Ramos - a hate figure for some younger opposition supporters - to stand in the next presidential vote.
"Get ready for 2018, I'm waiting for you!" Maduro said this week, exulting in the opposition's "chaos", "back-stabbing" and "divisionism".