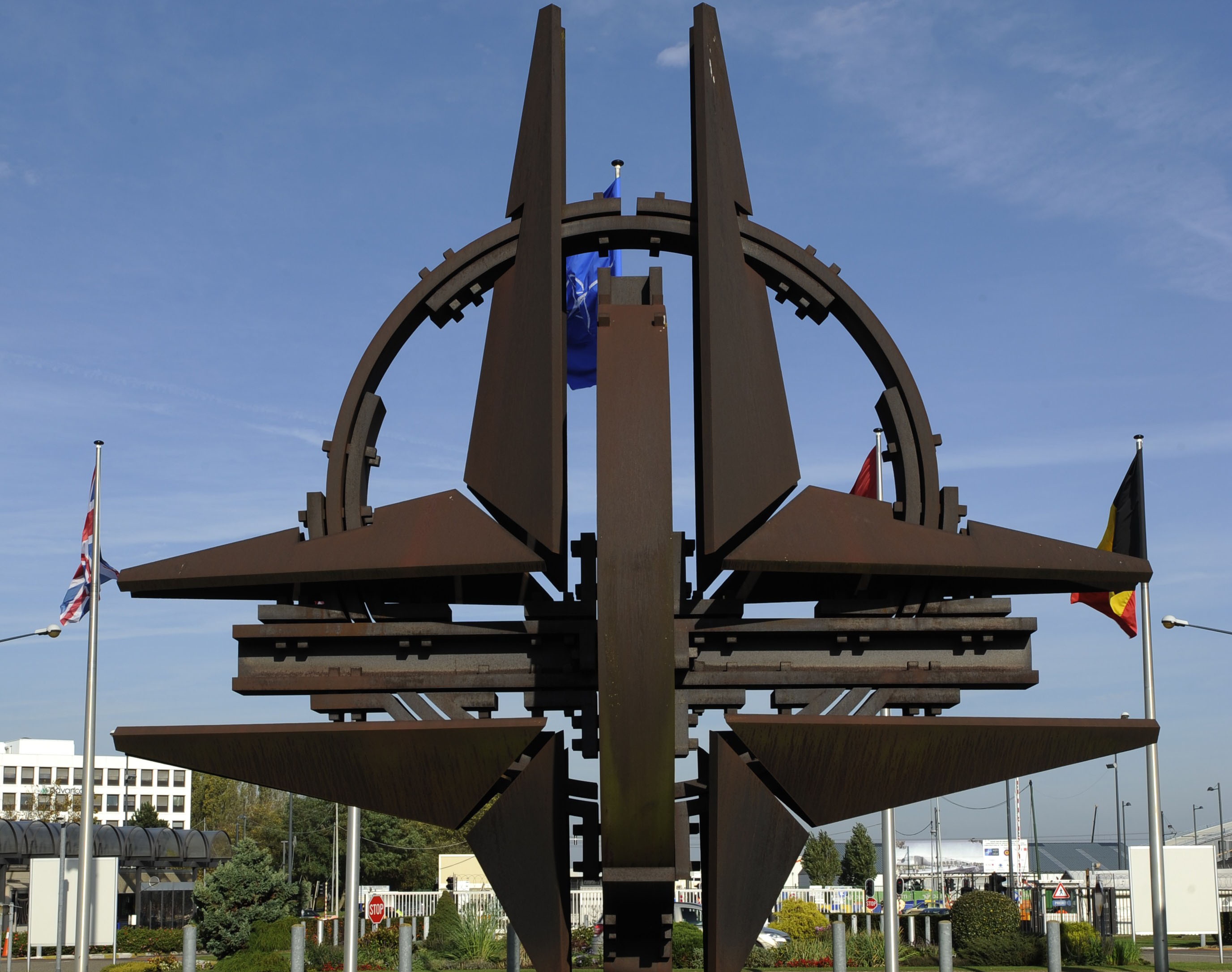 At a crucial moment in the US relationship with Europe, President Barack Obama has chosen a No. 2 for NATO whom some Republican lawmakers see as the face of a wrongheaded approach to Russia.
On Tuesday, the Obama administration informed NATO allies that it will recommend the undersecretary of state for arms control, Rose Gottemoeller, to be NATO's next deputy secretary general, the military alliance’s second in command. It is typically a four-year term.
“Our nomination of Rose, a veteran diplomat with extensive experience in European Security Affairs, is a symbol of America’s strong commitment to NATO during a period of heightened challenges,” Douglas Lute, the US permanent representative to NATO, wrote Tuesday in a letter to the North Atlantic Council, NATO’s political arm.
Gottemoeller has been an integral part of the Obama administration’s “reset” policy with Russia, an approach that made modest gains at first but has been all but abandoned in light of Russia’s aggression in Ukraine and beyond. Republican critics of that policy have become critics of Gottemoeller as well. Two years ago, many Republican senators, including John Cornyn, James Risch and Marco Rubio, opposed her confirmation for her current job. They object to the terms of the New START Treaty, for which she was the lead negotiator.
There is a new round of criticism with this new nomination. Republican hawks in Congress have faulted her as not rigorous in negotiating and enforcing treaties with Russia. They have alleged that as she pursued new arms-control treaties with Moscow, she was not up front about Russian violations of existing accords. Her critics point to two congressional appearances in particular.
The first was in 2012, when, according to two US officials who saw a classified transcript, Gottemoeller told the Senate Foreign Relations Committee that Russia had been developing a ground-based cruise missile whose ranges violated an existing accord, the Intermediate Nuclear Forces Treaty. The administration didn’t brief NATO allies on it until January 2014 and didn’t publicly disclose the violation until July 2014. State Department spokesman John Kirby told me that the U.S. government did not have any information about the Russian violations of the Intermediate Nuclear Forces Treaty while the New START Treaty was being negotiated. It was signed in 2010.
The second appearance was last December, when Gottemoeller publicly testified to the House Armed Services Committee about a different Russian military system, a long-range sea-based nuclear torpedo system called the Status-6. When asked whether she knew about Russian development of the Status-6 while she was negotiating the New START Treaty, Gottemoeller said “unequivocally no.”
Representative Michael R. Turner, a Republican member of the committee who serves as president of the NATO Parliamentary Assembly, wrote in a letter on Monday that she answered differently when asked behind closed doors. Gottemoeller subsequently told Turner that she had “misunderstood the nature” of his question and that the intelligence community would clarify what the U.S. knew and when. Representative Mike Rodgers, chairman of the strategic forces subcommittee, has agreed to convene another hearing to clarify the issue.
The lawmakers troubled by these two appearances see them as evidence that the Obama administration is trying too hard to preserve its existing arms treaties with Russia, and ignoring increasing evidence of Russian cheating and bad behavior. Advocates of continued engagement with Russia, like Gottemoeller, are at odds not only with Russia hawks like Turner but also with other top administration officials like the supreme allied commander in Europe, General Philip Breedlove, and Assistant Secretary of State Victoria Nuland, who both call for more pressure on Putin.
Last month, Breedlove said that Russia poses a “long-term existential threat” to the US and its allies. Nuland has been advocating for more sanctions against Russia and for the US to provide defensive weapons to the Ukrainian army to fight Russian intervention there.
Alexander Vershbow, the former Defense Department official and ambassador to Russia whom Gottemoeller would replace at NATO, is known for a tough stance toward Russia. That shift would play into the fears of US allies. Europe already is questioning the US commitment to confronting Russia on major issues.
NATO Secretary General Jan Stoltenberg told the Munich Security Conference last month that Russia was recklessly increasing its exercises that include tactical nuclear weapons and “blurring the line between conventional conflict and nuclear conflict.”
Gottemoeller has been trying to start discussions with Russia about eliminating tactical nuclear weapons altogether. Her vision of a cooperative and peaceful relationship between Russia and the West may be a good fit for her current job building consensus for arms-control treaties. But her appointment to be NATO’s No. 2 official risks sending the signal to Europe that the US hasn’t reconciled that vision for the future with the reality of what Russia is today. - Bloomberg View