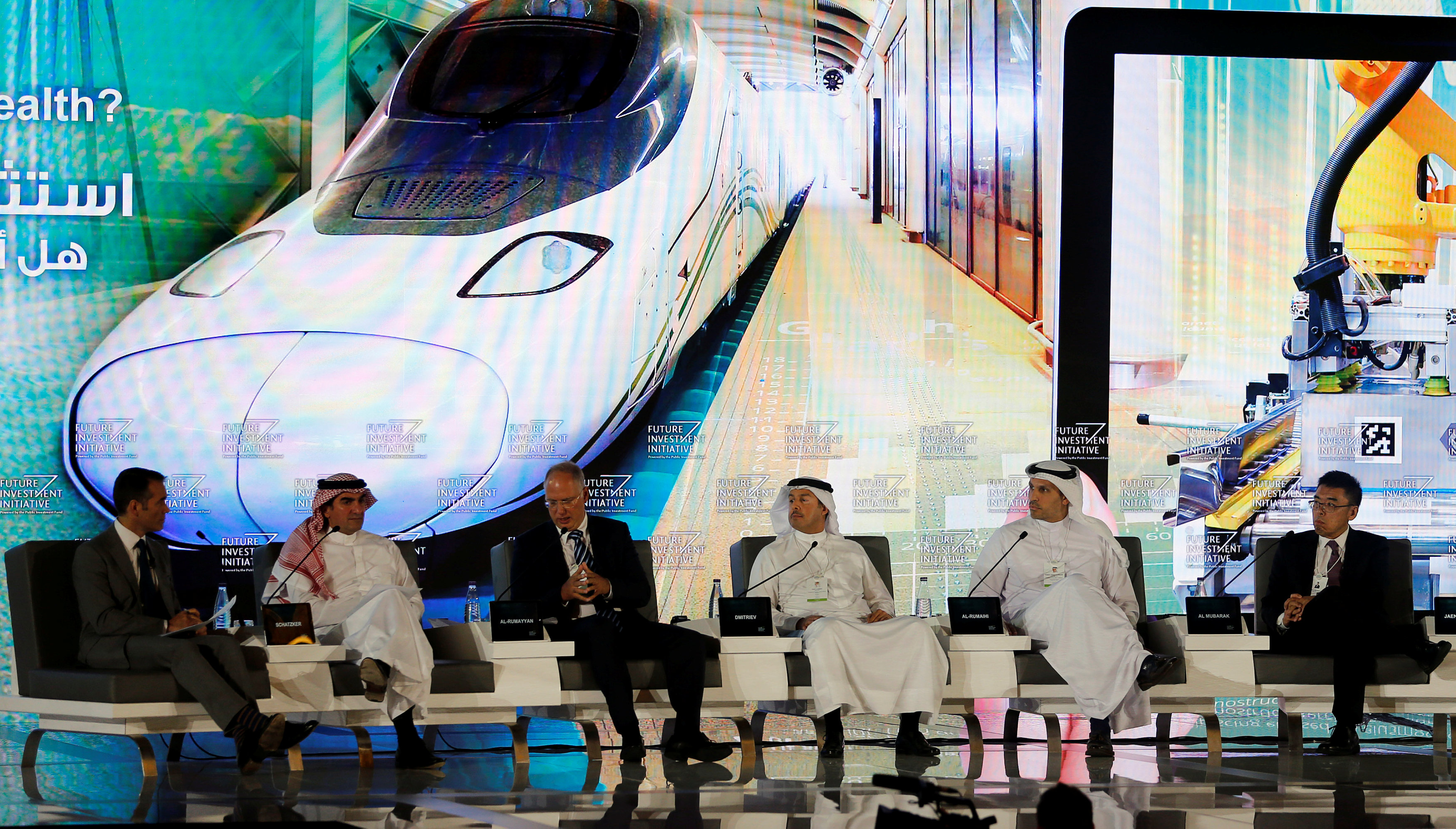 Riyadh: Saudi Arabia's main sovereign wealth fund wants to increase its financial clout to 1.5 trillion riyals ($400 billion) by 2020 as part of the kingdom's efforts to boost private-sector growth and wean itself off oil export dependence.
The assets-under-management goal, laid out by the Public Investment Fund (PIF) on Wednesday, came on the second day of an international conference in Riyadh. It was accompanied by publication of PIF's first comprehensive business programme, outlining targets for investments and returns for 2018-2020.
PIF, which is expected to receive proceeds from the planned sale of 5 per cent of state oil company Saudi Aramco's shares, has currently around $230 billion worth of assets under management.
It plans to create 20,000 direct domestic jobs, and 256,000 construction jobs by 2020. This will increase PIF's contribution to Saudi Arabia's gross domestic product from 4.4 per cent to 6.3 per cent, it said in a statement on Wednesday.
Investments will be in sectors such as real estate and infrastructure as well as in new areas of activity in the Saudi economy through the establishment of companies such as the Saudi Arabian Military Industries company and the Saudi Real Estate Refinancing Company.
One of the biggest tasks facings PIF will be the delivery of a $500 billion plan to build a business and industrial zone extending into Jordan and Egypt, announced at the start of the conference on Tuesday.
PIF also set a new target to increase total shareholder return to 4-5 per cent between now and 2020 from 3 per cent, it said on Wednesday.
"The PIF Programme represents a vital milestone as we work towards realising Vision 2030," Crown Prince Mohammad bin Salman Al Saud, the economic reform plan's architect, said in a statement.
The 96-page programme said PIF will structure its investments in six areas: Saudi equity holdings, sector development, real estate and infrastructure, mega projects, international strategic investments and a "diversified pool" across global asset classes.
It said "long-term" average annual return from these areas would be between 6.5 to 9 per cent.
Outside of Saudi Arabia, PIF's investments will be in a number of assets such as fixed-income, public equity, private equity and debt, real estate, infrastructure and alternative investments such as hedge funds, the fund said.
PIF Managing Director Yasir Al Rumayyan said the fund was open to investing in more big ticket items such as U.S. ride services company Uber.
It also outlined its four major sources of funding to include capital injections from the government, government asset transfers, loans and debt instruments as well as retained earnings from investments.