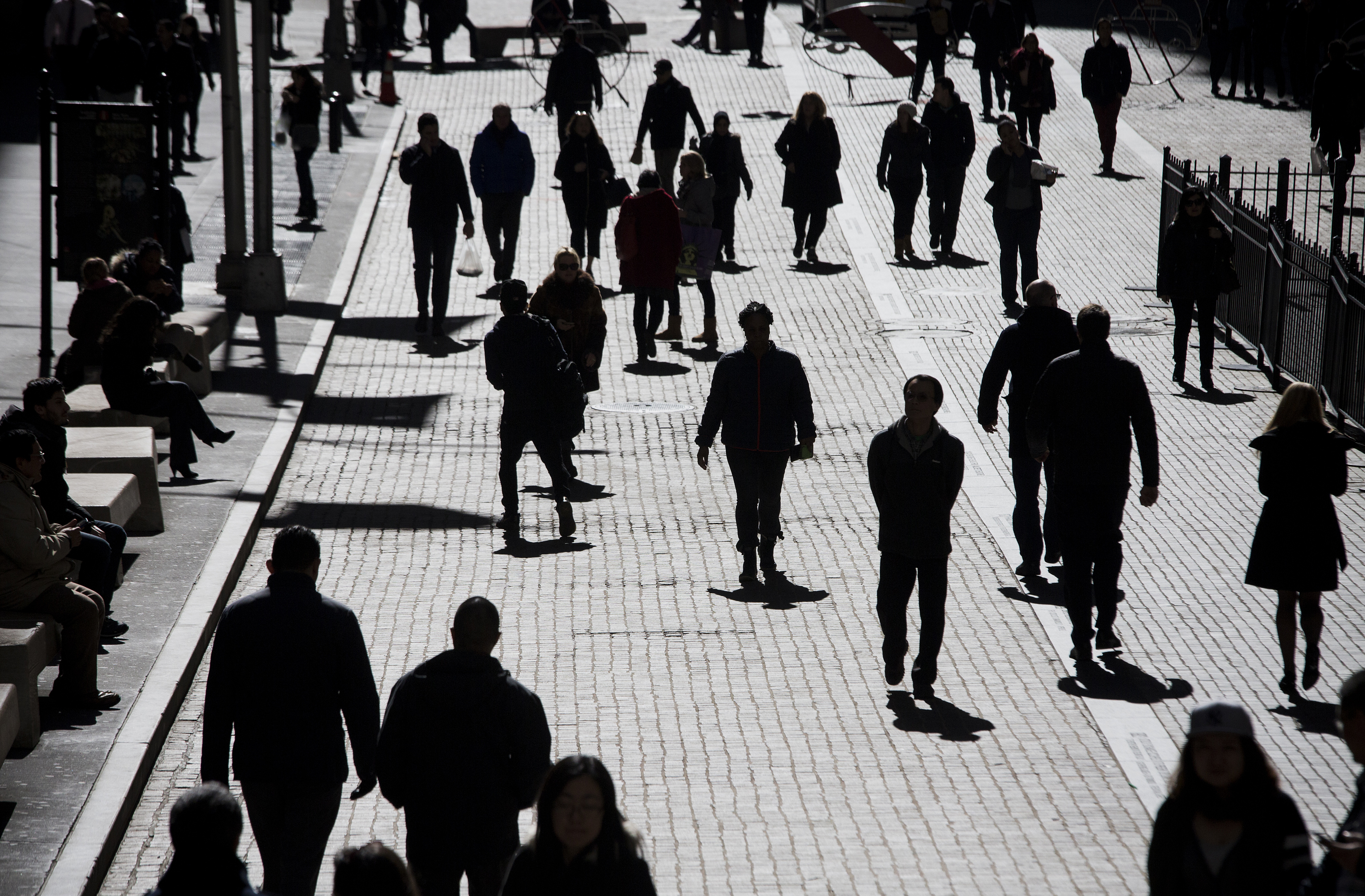 There's a perverse competition among some US presidential candidates: Who can most loudly blame Wall Street for the problems of Main Street. They've got it wrong. Financial firms are doing more to help consumers, business and industry in America than they have in decades. And for the first time since the early years of the 21st century, global investors consider US banks among the world's best.
One of the reasons the American economy is performing better than any of the largest in Asia and Europe is that its regulators have repaired the damage of the financial crisis and the worst recession since the Great Depression. Led by the Federal Reserve, they replaced incentives for reckless speculation with catalysts for old-fashioned credit creation backed by levels of capital that are unprecedented in modern times. Banks today are most willing to lend money since at least 1990. Perhaps the best measure of restored confidence in the financial system is the 63 per cent of Americans who are within 7 percentage points of the all-time-high valuation of their homes in 2006.
All but ignored in the presidential debates this year is the record $1.06 trillion of loans to commercial and industrial firms by the largest US banks, an amount that has increased for 21 consecutive quarters. That's a streak unequaled since 1985, when Ronald Reagan occupied the White House (and Bloomberg began compiling such data).
In its quarterly survey of senior loan officers, the Fed in January reported that banks have been willing lenders for 25 consecutive quarters, the longest period of commitment since president George H.W. Bush was president 26 years ago, according to data compiled by Bloomberg.
That helps explain why investors for the first time since 2004 are paying a premium to purchase the shares of US banks compared with their global peers on a price-to-book-value basis, according to Bloomberg data. The price-to-book ratio of the 24 major US banks in the KBW Bank Index exceeded the comparable measure of 157 banks worldwide for the first time since president George W. Bush was re-elected.
Home mortgages now total $9.95 trillion after bottoming in 2014 after the recession. That amount is comparable to the easy-credit days of 2006, before the financial crisis. Today, in contrast, the mortgage market shows no signs of the leveraged lending that precipitated the housing bust and, if anything, is poised to keep growing.
The average home price, up 30 per cent since 2012, reflects an increasingly robust outlook for housing, according to data compiled by Bloomberg. US homeowner equity now amounts to 93 percent of the 2006 peak, which means Americans from coast to coast and North to South can look forward to recovering value lost from their homes when the market collapsed during the recession, Bloomberg data show.
If one excludes the period comprising the height of subprime lending, the financial crisis and ensuing recession, financing for consumers to homeowners is as good as it's ever been and getting better. Credit-card lines are increasing steadily while household debt payments as a percentage of disposable income have plummeted to 10.02 per cent from 13.22 per cent in 2007. The combination of healthier debtors while credit is expanding shows why banks are so willing to keep lending.
The biggest banks today bear little resemblance to the risk-embracing juggernauts of a decade ago. The 24 big banks in the KBW index had the lowest total debt as a proportion of their assets since the data became available in 2002: 15.9 percent compared to 34 percent in 2004 and 30.6 percent in 2008. Estimated tangible common equity, the most conservative measure of a bank's capital, climbed to a record in 2015, says Alison Williams, an analyst at Bloomberg Intelligence.
The convergence of US banks' propensity to keep lending and global investors favouring them as best bets is reflected in the average ratio of nonperforming loans to total loans among the KBW Index banks. By the end of 2015, the ratio was 0.66 percent, the lowest since 2007 and a minuscule fraction of the 2.96 percent ratio reached in 2009. Banks also have reined in most of the proprietary trading in derivatives that brought them into conflict with their depositors. Their share of credit default swaps, for example, is down 75 per cent to $14.6 trillion since 2007.
If anyone wonders what all this has to do with Main Street, the answer is revealed in the success of companies selling consumer products to Americans. Sales per share of US consumer discretionary and consumer staples companies are at a record since data became available in 1990. The additional sales of consumer discretionary firms such as Amazon, Nike and Netflix, compared to consumer staple companies including Coca-Cola, Procter & Gamble and Wal-Mart, is the widest since 2008, according to data compiled by Bloomberg. That suggests American consumers are healthy and getting healthier.
Warren Buffett, whose Berkshire Hathaway has increased its holdings of Wells Fargo, Visa and US.Bancorp the past several years, recently told his shareholders that they should ignore much of what they're hearing from presidential candidates.
“As a result of this negative drumbeat, many Americans now believe that their children will not live as well as they themselves do,” Buffett wrote. “That view is dead wrong: The babies being born in America today are the luckiest crop in history.”
Buffett should know. It can only happen when Wall Street is backing Main Street. - Bloomberg View