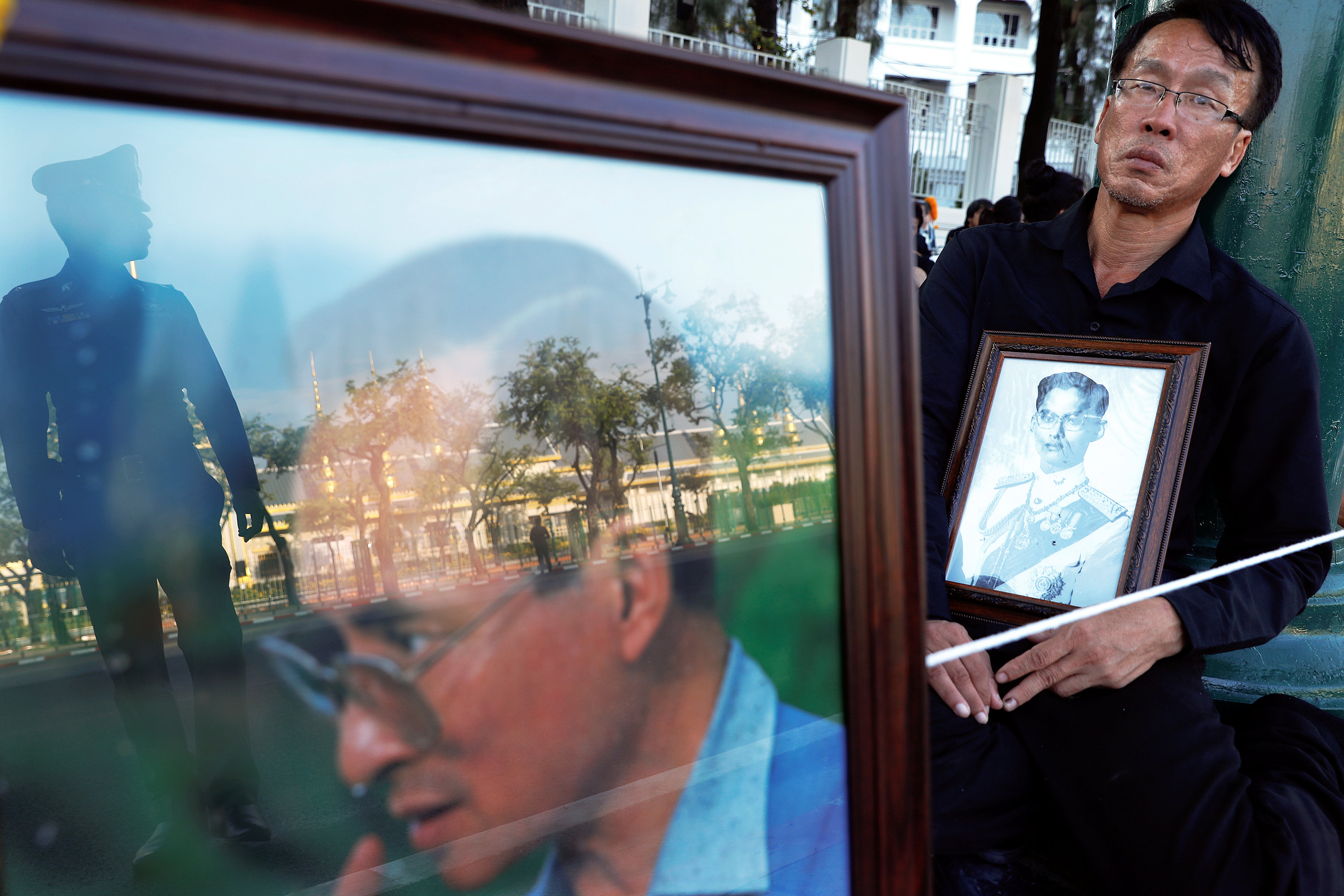 Bangkok: Thailand on Wednesday marked the start of a lavish, five-day funeral for King Bhumibol Adulyadej with a Buddhist religious ceremony attended by senior members of its royal family.
King Bhumibol, who died last year aged 88, will be cremated on Thursday on a royal pyre within a cremation complex of gold pavilions in front of Bangkok's Grand Palace, in a ceremony that is expected to draw about 250,000 mourners.
Thailand has observed a year of mourning for King Bhumibol, who was regarded as a pillar of stability during a reign of seven decades that witnessed political upheaval and rapid development in the Southeast Asian nation.
"It's overwhelming," said one mourner, Aporn Wongdee, 60, who hails from the southern province of Nakhon Si Thammarat. "I've been here for two days already and I want to see our father to heaven."
A sum of $90 million has been set aside for the funeral, the likes of which has never been seen in Thailand, officials involved in the funeral preparations said.
King Maha Vajiralongkorn, known as Rama X, who inherited the throne in December on his father's death, arrived at the Grand Palace by car on Wednesday as soldiers dressed in red uniforms and black hats stood to attention.
He was flanked by his two daughters. Live television images from inside the palace showed the king lighting candles in front of his father's coffin and a symbolic royal urn.
The Buddhist funeral ceremony, mixed with Hindu rituals, was attended by 119 Buddhist monks who chanted prayers in the ancient Pali language.
Queues of black-clad mourners, many carrying portraits of the king, snaked around parts of Bangkok's old town, waiting to enter the cremation area. By mid-afternoon, 25,000 mourners had gathered around the cremation site, city police said.
In what is expected to be an emotionally-charged morning, King Bhumibol's body will be moved on Thursday from the Grand Palace to a crematorium in a public square in front, where thousands of people have already pitched tents to ensure places.
On Thursday, three processions will make their way from the palace to the cremation site - a series of specially-erected Thai pavilions that took nearly a year to build.
Some Thais have folded flowers of sandalwood paper to be used in the cremation, in the belief that their fragrance guides the soul of the departed to heaven.
The cremation day has been declared a national holiday, when banks will be closed and major shopping centers will be shut from 3 pm.