It's official: Muscat is the 'happiest' city in the Middle East 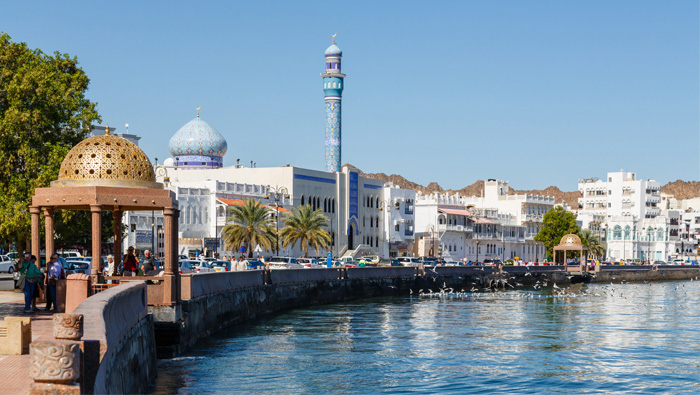 Muscat: Residents of the Sultanate’s capital have been ranked as the happiest people living in the Middle East and North Africa (MENA) region, according to a new survey.
A survey conducted by Bayt.com and YouGov, a global online market research company, entitled, “Top Cities in the Middle East and North Africa,” revealed that Muscat residents are the most happy about their current city of residence at an overall level, with 84 per cent of them stating so.
“Dubai and Abu Dhabi follow Muscat with 78 per cent and 77 per cent, respectively, in terms of overall happiness,” the report stated. It added that residents of Beirut were the least happy, with just short of a third stating their happiness (28 per cent) about their city of residence. Data for the survey was collected online from September 6 to October 2, 2017.
Results are based on a sample of 5,114 respondents and were collected from cities including Algiers, Alexandria, Cairo, Amman, Kuwait City, Beirut, Casablanca, Marrakech, Rabat, Muscat, Damascus, Jeddah, Riyadh, Eastern Province, Tunis, Abu Dhabi, Dubai, Manama, and Sharjah.
The report also ranked Muscat as the best city in Middle East in terms of equal treatment of both genders and availability of world heritage sites/preserve old towns. Muscat (68 per cent) was followed by Marrakech (67 per cent).
Muscat also took the lead when it comes to affordability of taxes and fees (if any) at 56 per cent, followed by Doha and Manama (54 per cent and 48 per cent, respectively).
In sports, arts, culture, and recreation factors—Oman’s capital took the top spot in terms of availability of natural areas and natural landscape, with 78 per cent giving it a positive rating in this aspect.
The report also said Muscat and Abu Dhabi are the best cities in terms of equal treatment of both genders (76 per cent and 74 per cent, respectively) followed by Dubai (73 per cent) considering the socio-cultural factors. “When it comes to fair treatment of all nationalities, Muscat emerged as the best city (71 per cent),” the report added.
In terms of environmental factors, Muscat and Abu Dhabi were rated the highest in terms of clean streets and roads, with a vast majority stating so (91 per cent); Dubai (90 per cent) following close behind.
Residents of the Sultanate were quick to agree with the results of the poll.
“One of the friendliest countries in the world, Oman would impress anyone with its excellent roads, beautiful beaches and mountains, many well maintained parks and excellent infrastructure,” said Harish Bala, an Indian expatriate living in Muscat. “Once given a chance to live in Muscat, very few would want to leave unless they had no choice.”
“It changes people’s perceptions of the Middle East, for the better,” added Alex Bradbury, a British expatriate in Oman. “The people are very friendly and will go out of their way to help you. The weather is wonderful. The beaches are clean and family friendly. Everything is open until late and who could not love seeing families sitting in the middle of a roundabout at 11pm having a picnic? Oman and Muscat in particular, is an amazing place. We are lucky to live in this paradise.”
Other residents were also keen to air their views on Muscat.
“Muscat is the cleanest city I’ve visited,” added Filipina Joanne Biraquit Viernes. “Living here is peaceful; it has many beautiful and amazing roads and the people here are friendly and respectful.”
“Oman is a very peaceful second home to many expatriates, and I really love and am thankful what I’ve gotten from here,” said Joginder Singh. “Oman has changed my life. I want to say thank you so much to His Majesty Sultan Qaboos bin Said, for having made your country such a beautiful place.”
“This country’s modern vision and its timeless traditions make people happy,” revealed Mohammed Rezaul. “It is a beautiful country with beautiful people, and I want to sincerely thank the Sultan of Oman and the Royal Oman Police. There is no politics, and the Omani people very friendly and love everybody. I truly love the Sultanate of Oman.”