Don't blame others for your problems, Germany's Schaeuble tells Greece 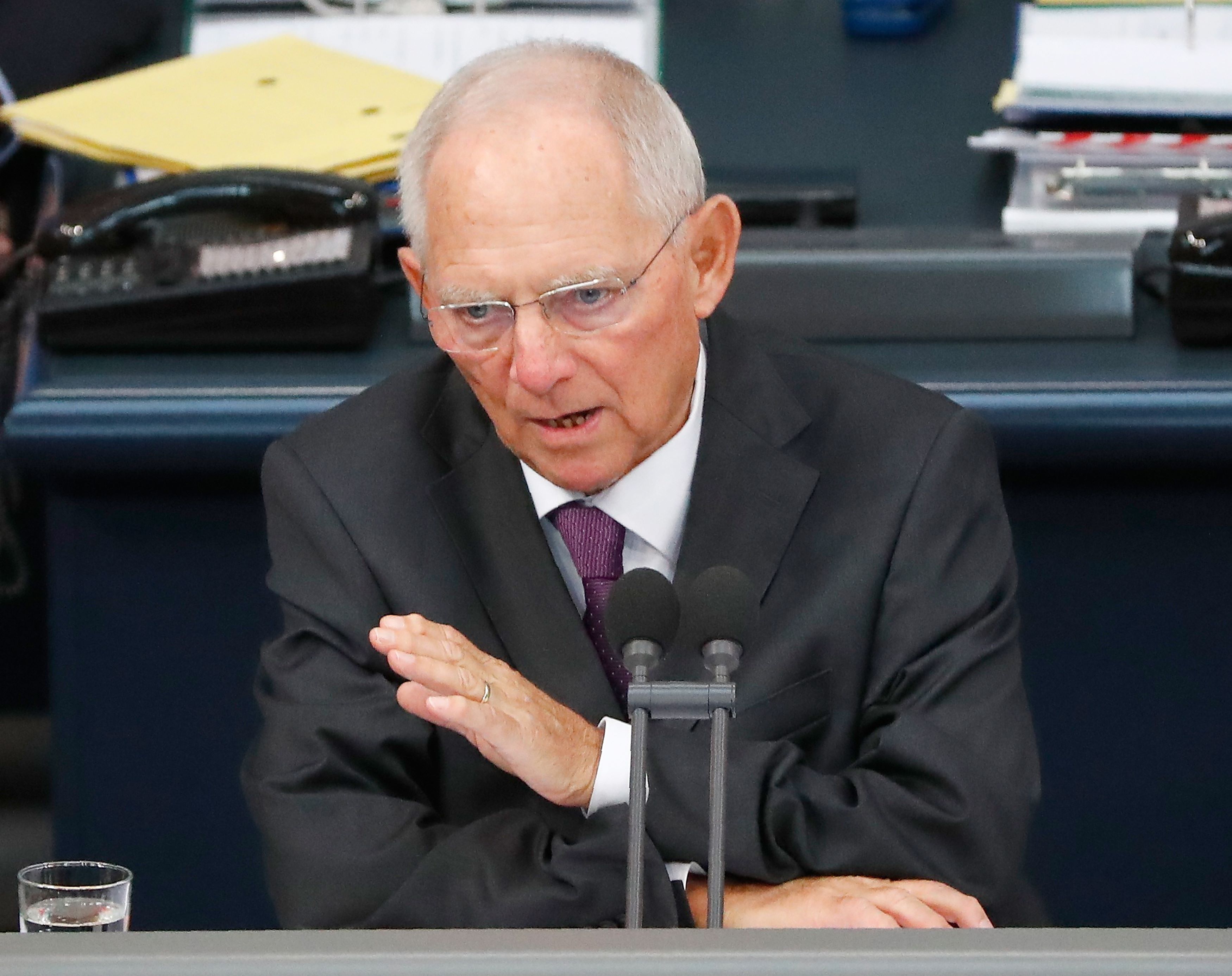 Athens: Outgoing German Finance Minister Wolfgang Schaeuble urged debt-wracked Greece to stop blaming others for its financial woes and stick to a reform agenda instead of relying on debt relief.
Schaeuble, a leading advocate of Greece's tough austerity programmes and one of Germany's most powerful politicians, was elected speaker of its lower house of parliament on Tuesday.
The 75-year-old lawyer, whose no-nonsense approach on austerity made him a popular hate figure among Greeks, told Greek Skai TV that Athens must take responsibility for its fiscal difficulties and act on them.
"When you ask others for loans, you cannot insult them for granting the loans. It doesn't make sense. Greece's problems are Greece's problems," the conservative Christian Democrat said in an interview aired in Greece on Tuesday.
Asked if he ever suggested a "time out" on Greece's participation in the euro zone, he said he had discussed the option "as a currency devaluation tool" with a former finance minister, who rejected it saying Greece would implement reforms.
Schaeuble said he warned Prime Minister Alexis Tsipras while the latter was still in opposition in 2014 that the Greek politician would not be able to meet his pre-election platform of zero austerity.
Tsipras, Schaeuble said, told him he wanted to remain in the euro without any conditions.
"I responded that I wished, for his sake, that he didn't win that election because he wouldn't be able to keep his promises," Schaeuble said in comments translated from German to Greek.
Seven months after he was elected, Tsipras was forced to cave into lenders' demands for more belt-tightening. He was re-elected saying the bailout, the country's third since 2010, was a product of blackmail. Greece is eyeing a bailout exit in 2018.
Asked if the Greek case had become a personal issue for him, Schaeuble said: "Obviously in Greece I was a bogeyman, or at least for some media." Politicians, he said, had a habit of using lenders as an excuse to impose cutbacks.
"That saddened me somewhat, because nobody ever wanted to harm Greece," he said.
By way of example, Schaeuble said Greece had decided to cut pensions instead of taxing wealthy ship-owners — contrary to what the leftist Syriza party promised before elections.
"This wasn't a German parliament decision, it was a Greek government decision," he said.
Greece, Schaeuble added, is expected to conclude successfully its current bailout plan in 2018 without additional measures. But he reiterated that lenders should not lower Greece's fiscal targets or grant it further debt relief.
"Greece's challenge over the next decade is not its debt, but to continue its course for an uninterrupted improvement in its economy... this year's performance is good, but there can be no backtracking."