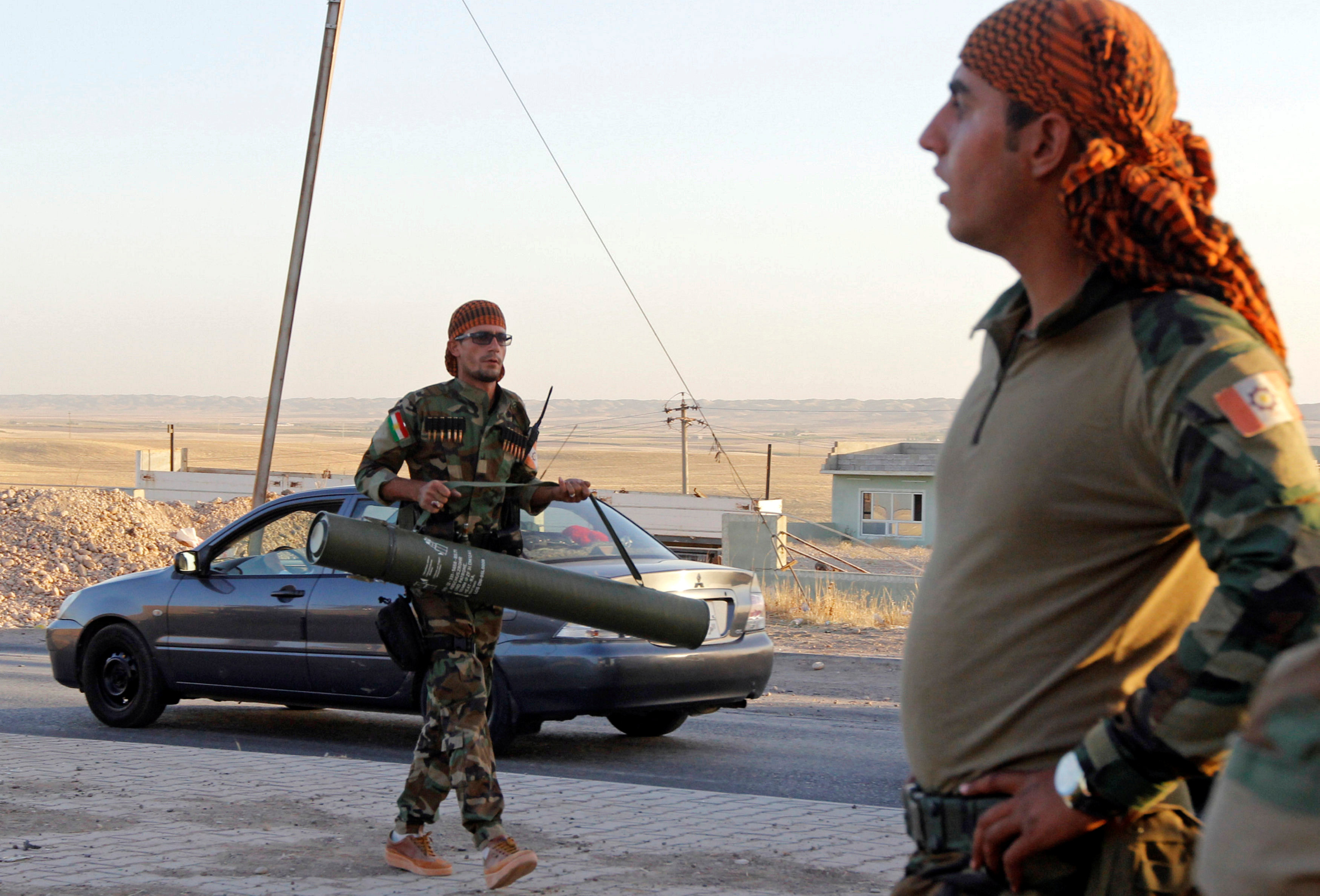 Baghdad/Cairo: Kurdish authorities in Iraq offered on Wednesday to put an independence drive on hold, stepping up efforts to resolve a crisis in relations with Baghdad via dialogue rather than military means.
But a Iraqi military spokesman suggested an offensive -- launched to wrest back territory after Kurds voted overwhelmingly for independence in a disputed referendum in September -- would continue regardless.
The Iraqi government has transformed the balance of power in the north of the country since launching its campaign last week against the Kurds, who govern an autonomous region of three northern provinces.
"The fighting between the two sides will not produce a victory for any, it will take the country to total destruction," said the Kurdistan Regional Government (KRG) in a statement.
The KRG proposed an immediate ceasefire, a suspension of the referendum result, and "starting an open dialogue with the federal government based on the Iraqi Constitution".
Baghdad declared the referendum illegal and responded by seizing back the city of Kirkuk, the oil-producing areas around it and other territory that the Kurds had captured from militant group IS militant group.
In a brief social media comment hinting that the campaign would continue, an Iraqi military spokesman said: "Military operations are not connected to politics."
Prime Minister Haider Al Abadi has said the KRG should cancel the vote's outcome as a pre-condition for talks.
He had yet to react to the Kurdish proposal on Wednesday, when he began an official visit to neighbouring Turkey and Iran during which relations with the Kurds -- whose communities are established in parts of all three countries as well as Syria -- will be high on the agenda.
Iran announced the reopening of one of the border crossings with the Kurdistan region of Iraq, closed last week in support of the Iraqi government.
Abadi, who has the backing of Tehran and Ankara to act against the KRG, has ordered his army to recapture all disputed territory and has also demanded central control of Iraq's border crossings with Turkey, all of which are inside the Kurdish autonomous region.
Kurdish Peshmerga forces beat back an advance by Iranian-backed pro-government paramilitaries on Tuesday in the region of Rabi'a, 40 kilometers (25 miles) south of the Fish-Khabur border area with Turkey and Syria, Kurdish officials said.
Fish-Khabur is strategically vital because oil from both Kurdish and government-held parts of northern Iraq crosses at a pipeline there into Turkey, the main route out of the area for the international exports that are crucial to any Kurdish independence bid.
The fighting so far has taken place outside the Kurdish autonomous region, but Fish-Khabur is inside it.
The fighting between the central government and the Kurds is particularly tricky for the United States which is a close ally of both sides, arming and training both the Kurds and the central government's army to fight against IS.
The Iraqi government's advance over the past week has been achieved with comparatively little violence, with Kurds mostly withdrawing without a fight.
Iraqi forces are preparing in parallel an offensive to recapture the last patch of Iraqi territory still in the hands of IS, on the border with Syria, the military said on Wednesday.
The militant group also holds parts of the Syrian side of the border, but the area under their control is also shrinking there as they retreat in the face of two sets of hostile forces - a U.S.-backed, Kurdish-led coalition and Syrian government troops with foreign militias.