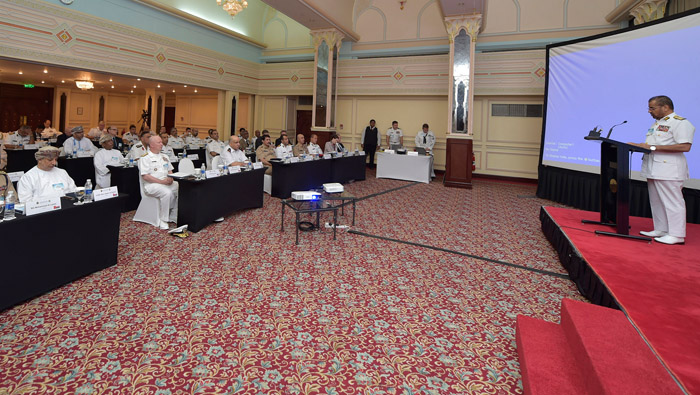 Muscat: Under the auspices of Rear Admiral Abdullah bin Khamis Al Raisi, Commander of the Royal Navy of Oman (RNO), the 15th regional seminar for graduates of the U.S. Naval War College (USNWC) was held on Tuesday.
The seminar is part of the cooperation between the RNO and USNWC.
The opening ceremony included a speech by the RNO Commander where he stressed the development witnessed by RNO and the support provided to it since the beginning of the Blessed Renaissance. Rear Admiral Jeff Harley, president of the USNWC delivered a speech where he said that the seminar enhances the sharing of experiences with marine colleges and universities.
The two-day seminar includes a number of lectures by a number of USNWC and RNO senior officers on marine issues, such as the joint work during marine works, standards for building confidence, combatting piracy, the development of geopolitics for oil, the international standards, the marine force, the humanitarian and relief aid during disasters.