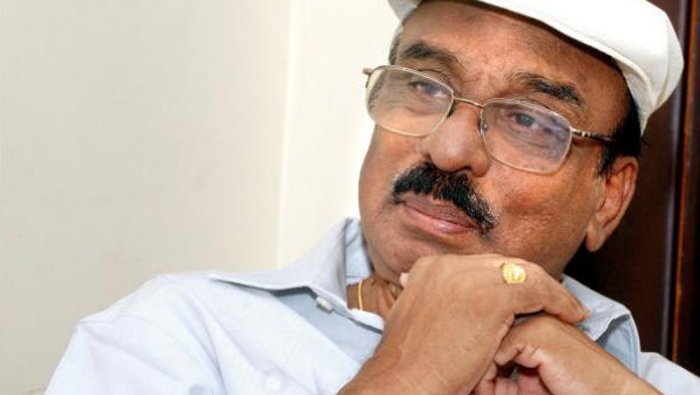 Chennai: Veteran Malayalam director I V Sasi, best known for his films "Avalude Ravukal" and "Devasuram" died here on Tuesday, sources close to the family said. He was 69. Sasi had problems in breathing and passed away around 11.15 am on his way to the Surya hospital here. In his more than three-decade career, Sasi directed over 150 films in Malayalam, Tamil, Telugu and Hindi and worked with stars such as Mohanlal, Mammootty, Kamal Haasan and Rajinikanth. Born on March 28, 1948, in Kozhikode, Kerala, Sasi started his career as an art director. His debut directorial venture was "Ulsavam", which released in 1975. Amongst his biggest successes was the 1978 film "Avalude Ravukal", which established him in the Malayalam film industry. The film, which starred his then would-be-wife Seema, was later dubbed into many other Indian languages, including Hindi.
The filmmaker gave Mohanlal one of his early breaks as a co-hero in "Ineyengillum". The director-actor duo went on towork in films such as "Devasuram", "Aalkkoottathil Thaniye" and "Uyarangalil".
Mammootty and Sasi collaborated on more than 35 films, including "Mrugaya", "Inspector Balram" and "Ee Nadu". He also directed Haasan in films like "Guru," "Allauddinum Arputha Vilakkum", "Karishma" and "Eeta".
In 1979, Sasi worked with superstar Rajinikanth in the Malayalam film "Allauddinum Albhutha Vilakkum". He helmed Hindi movies such as the Mithun Chakraborty starrer "Patita" and "Anokha Rishta", featuring Rajesh Khanna.
The filmmaker won the Nargis Dutt Award for Best Feature Film on National Integration in the year 1982 for his movie "Aaroodam".
Sasi directed Bollywood star Katrina Kaif in the 2006 Malayalam film "Balram vs Tharadas".
Mourning his death, Mammootty said, "I feel sad on the demise of my beloved friend." Calling him the "master of Malayalam movie industry", Mohanlal said, "Portraying the life of commoners, IV Sasi was a man who made wonders on the silver screen. I salute the master of Malayalam movie industry who made the viewers and actors, including me, understand the basics of cinema."
Kamal Haasan wrote on Twitter, "My friend for 45 years IV Sasi is no more. The industry and I mourn a great technician. My support and love to my sister Seema Sasi and family."
Sound designer Resul Pookutty tweeted, "The man who rewrote the course of mainstream Malayalam cinema IV Sasi is no more. We had been in discussions on a film together, it's my personal loss!"
Mammootty's son Dulquer Salmaan wrote on Facebook, "RIP Sasi uncle! He created an Era of his own in Malayalam Cinema. Have fond memories of him from my childhood."
"One of the greatest film makers of mainstream Indian cinema bids goodbye. We will miss you Sasi sir! So many personal memories!" Prithviraj Sukumaran posted.