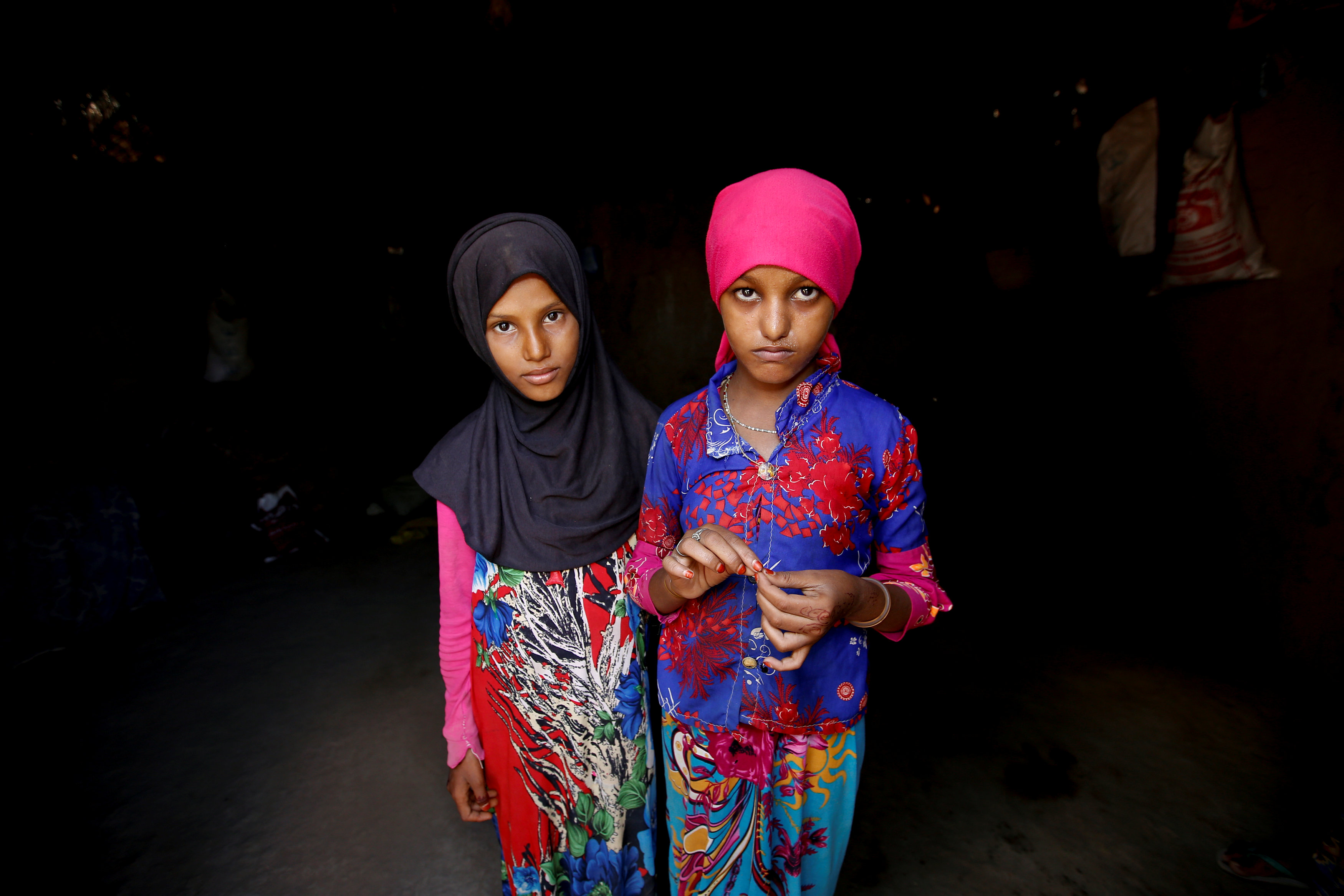 Hodeidah (Yemen): Smiling and sitting down to bread and milk with her family, Yemeni teenager Saida Ahmed Baghili is barely recognisable a year on from the photo of her emaciated frame that came to symbolise the country's humanitarian crisis.
Baghili now weighs 36kg (80 lb), according to her father, more than triple the 11kg she weighed last October when Reuters first met her at the Al Thawra hospital in Sana'a, where she was undergoing treatment for severe malnutrition.
There the 19-year-old was unable to talk, let alone carry her ghostly, skeletal frame, which is now stronger after weeks of specialist care and time at home.
"Saida's body got better because she's eating better, but she's still having trouble swallowing," her father Ahmed Baghili said at their home in Hodeidah this month.
"She can only eat milk, biscuits and juice."
Baghili's plight reflects that of many families in the Arabian Peninsula's poorest country, where a two-and-a-half-year war between a Saudi-led Arab coalition and the Houthi movement has claimed 10,000 lives.
A quarter of the 28 million population are starving, according to the United Nations, with half a million children under the age of 5 severely malnourished and at least 2,135 people killed by cholera.
Ahmed Baghili is only able to supply the basics for his family of 10, who live in a parched village on the Red Sea coast.
Saida, whose illness began before the war, is able to help her father tend to a farmer's cattle in exchange for milk, with their income boosted by Ahmed making deliveries on his motorcycle and donations from humanitarian organizations.
However, he says he doesn't have enough money to send Saida for further treatment and still fears for her health. Her last appointment with a doctor was in December.
"We're worried she might relapse and then we wouldn't be able to do anything because we have nothing. We don't have the transportation fee, we don't have the fee for anything,” he said.