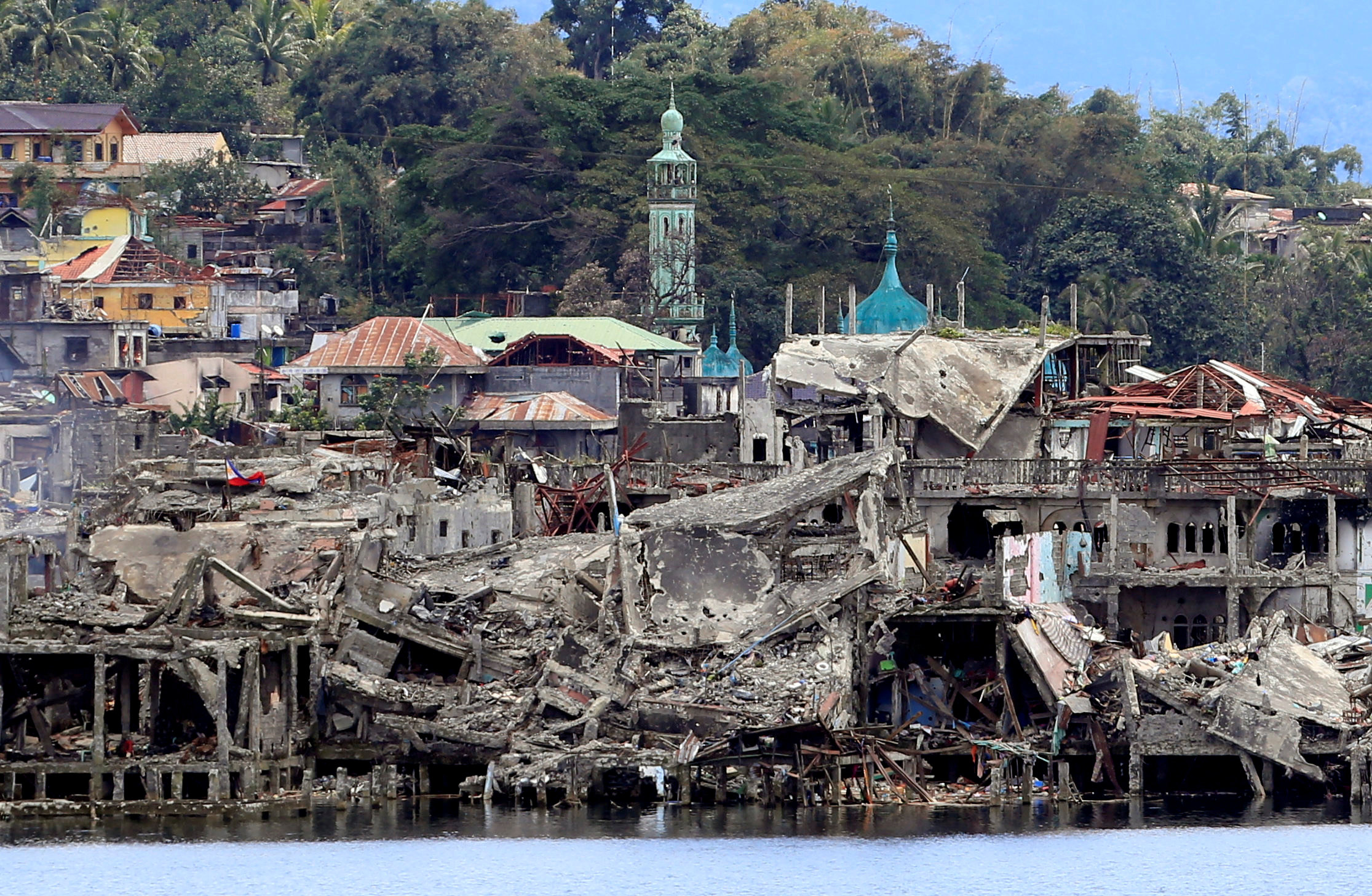 Marawi City: Philippine teachers on Tuesday gave families returning to the destroyed lakeside city of Marawi a course on how to identify unexploded bombs in their homes and warned them to stay clear.
The five-month battle to retake Marawi from pro-IS rebels left the city in ruins. The government announced the end of military operations on Monday in the country's biggest security crisis in years, allowing rebuilding and rehabilitation efforts to begin..
The teachers taught children and their parents how to recognise live mortar shells, grenades, aircraft rockets and "improvised explosive devices" in their villages.
Security forces used artillery bombardment and air strikes to flush out the gunmen who endured 154 days of the offensive by stockpiling huge amounts of weapons, including bombs.
Warnings from the teachers included drawings of inquisitive children hammering bombs and trying to set them on fire.
"This helps us parents to understand and tell our children not to touch or get near the bombs," said Sobaida Sidic, a housewife attending the training.
Authorities said 920 militants, 165 troops and police and at least 45 civilians were killed in the conflict, which displaced more than 300,000 people.
Lominog Manoga, a principal at a school in Marawi overseeing the training, said it was important to teach people the risks.
Philippine President Rodrigo Duterte had declared Marawi City liberated last week, even though fighting was not actually over. On Sunday, he said it was important to be vigilant because no country could escape Islamic State's "clutches of evil".