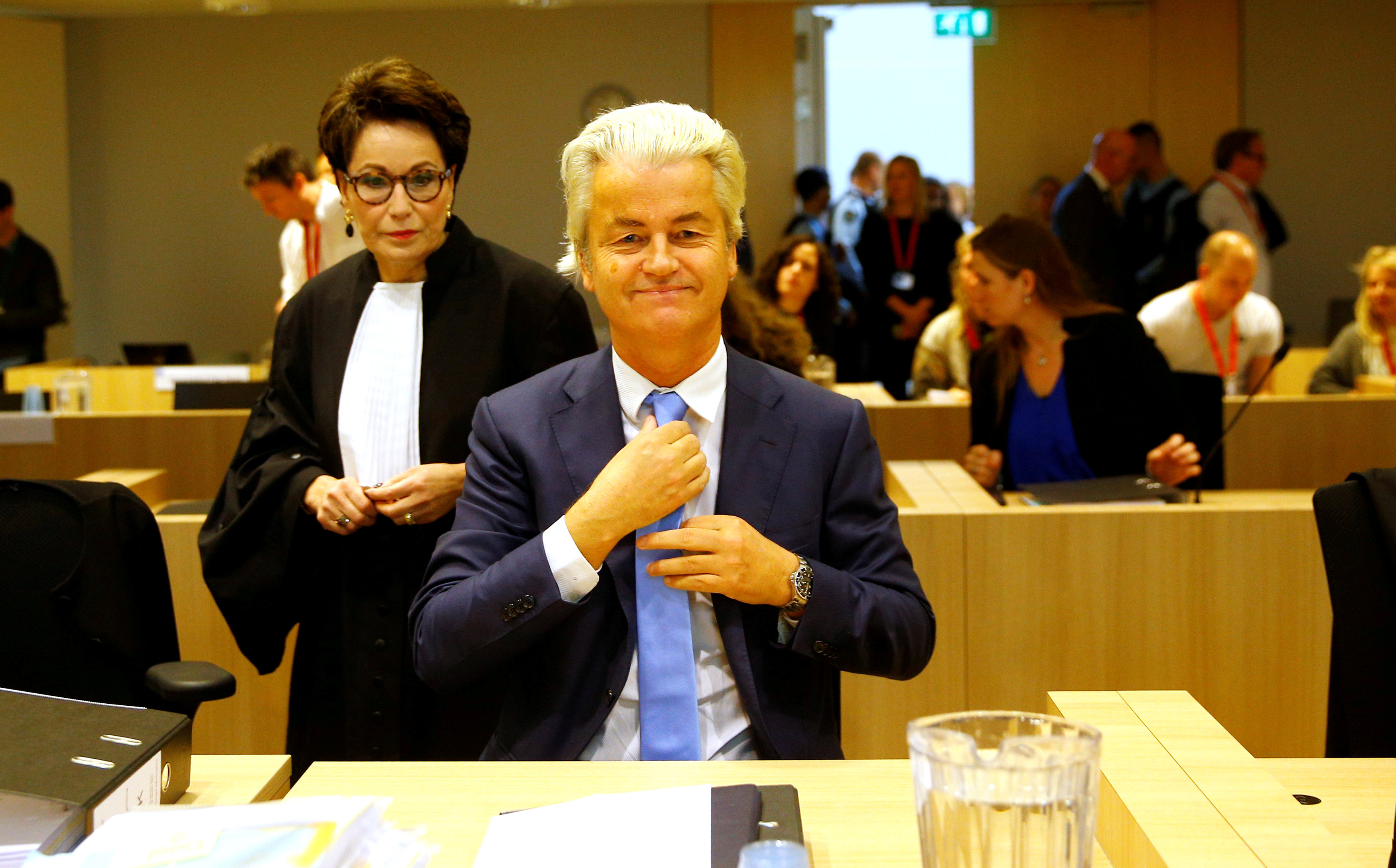 Amsterdam: Dutch politician Geert Wilders launched an appeal on Tuesday against his conviction last December for inciting discrimination in a trial he said was politically motivated.
Wilders's far right Party for Freedom came second in elections in March, but he was locked out of coalition talks with mainstream parties and now leads the opposition in parliament.
The case against the 54-year-old stemmed from a 2014 campaign rally at which he led chants calling for fewer Moroccans in the Netherlands.
He was found guilty but received no sentence and was acquitted of a separate count of inciting hatred. The prosecution, which had sought a fine of 5,000 euros without a prison sentence, has also appealed the verdict.
Wilders' lawyer said the verdict had been a "fatal blow" to freedom of speech.
"What should have been the trial of the century on the freedom of speech, became an absolute low point", lawyer Geert-Jan Knoops said in court.
This week judges will hear the grounds for appeal from both parties before the full case commences in May.
The hearings are being held at special high-security courtroom. Since 2004 Geert Wilders has lived in safe houses under 24-hour guard to protect him from militants who threatened to kill him. At the 2014 rally, Wilders led a group of supporters chanting that they wanted "Fewer! Fewer! Fewer!" in reference to the number of people of Moroccan origin in the Netherlands. Smiling, he said: "We’re going to take care of that."
There are around 400,000 people of Moroccan origin among Netherlands' population of 17 million people.
As in some other EU states such as Germany and France, anti-immigration sentiment in the Netherlands has risen in recent years. Wilders has called for the borders to be closed to immigrants from Muslim countries and mosques to be shut down.
A previous attempt to prosecute Wilders for anti-Islam remarks ended in acquittal in 2011.