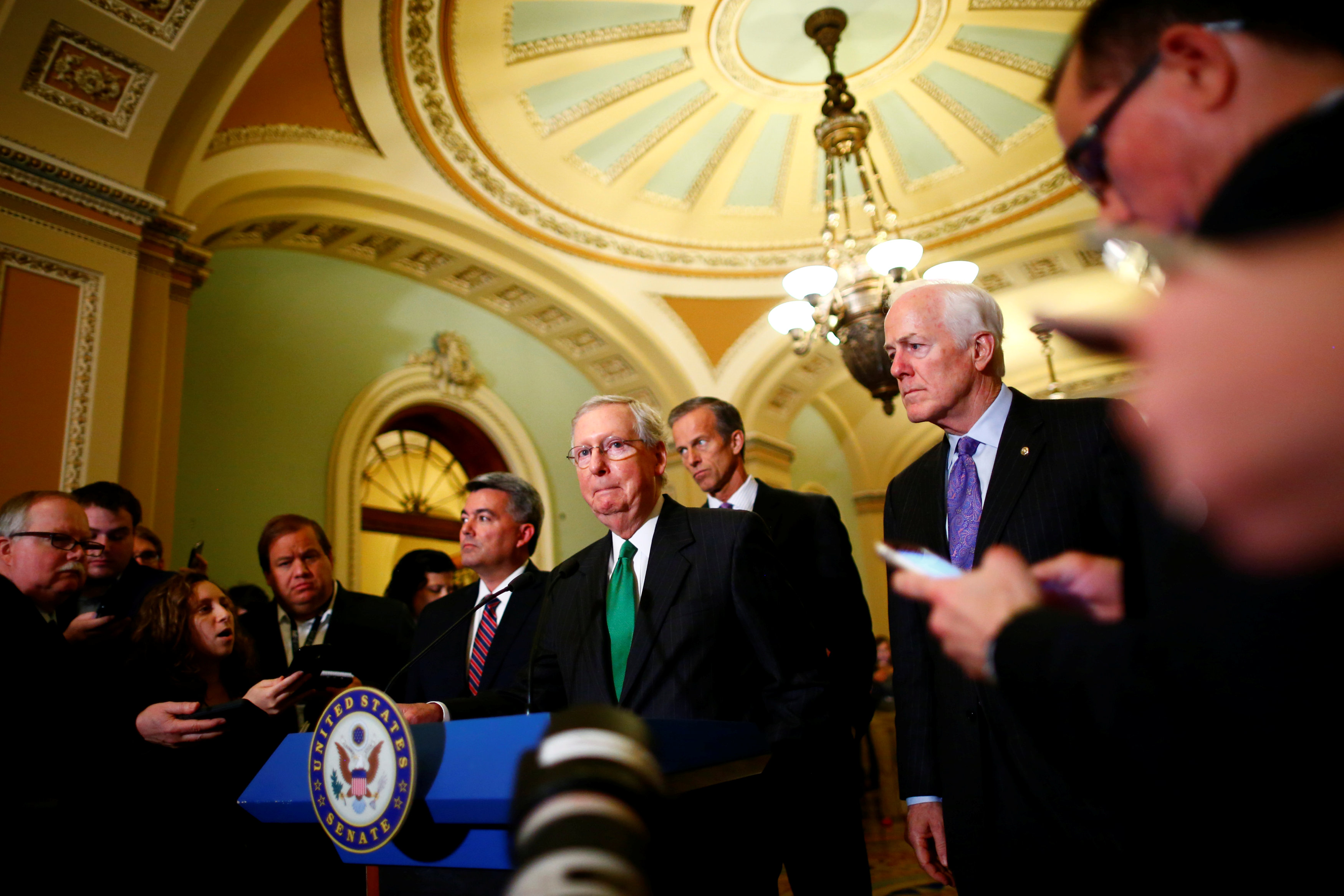 Washington: The top U.S. Senate Republican says he believes Congress can pass tax legislation by year-end, and he and other leaders are not abandoning the goal of a revenue-neutral bill.
"We intend to accomplish that between now and the end of the year," Senate Majority Leader Mitch McConnell said on "Fox News Sunday."
However, Republicans, who control both the Senate and House of Representatives, have yet to produce a bill as their self-imposed deadline to overhaul the U.S. tax code by the end of 2017 approaches. The party's lawmakers differ widely on what cuts to make and how to pay for them.
A proposal by President Donald Trump, a Republican, cleared a critical hurdle on Thursday, when the Senate approved a budget measure that will allow Republicans to pursue a tax-cut package without support from Democrats.
Trump's plan promises up to $6 trillion in tax cuts but would increase the federal deficit by $1.5 trillion over the next decade.
McConnell told CNN's "State of the Union" that estimated growth for the overall economy in the Republican plan would offset the tax cuts. Asked whether he has abandoned his longtime revenue-neutral goal, McConnell said: "No, actually we're not because that's a rather conservative estimate of how much growth you'll get out of this pro-growth tax reform."
McConnell would not say whether he would back a proposal, reported by the Wall Street Journal on Friday, that Republicans were considering capping contributions to retirement funds.
"We're just beginning the process of actually crafting the bills," he said on CNN. "It's way too early to predict the various details."