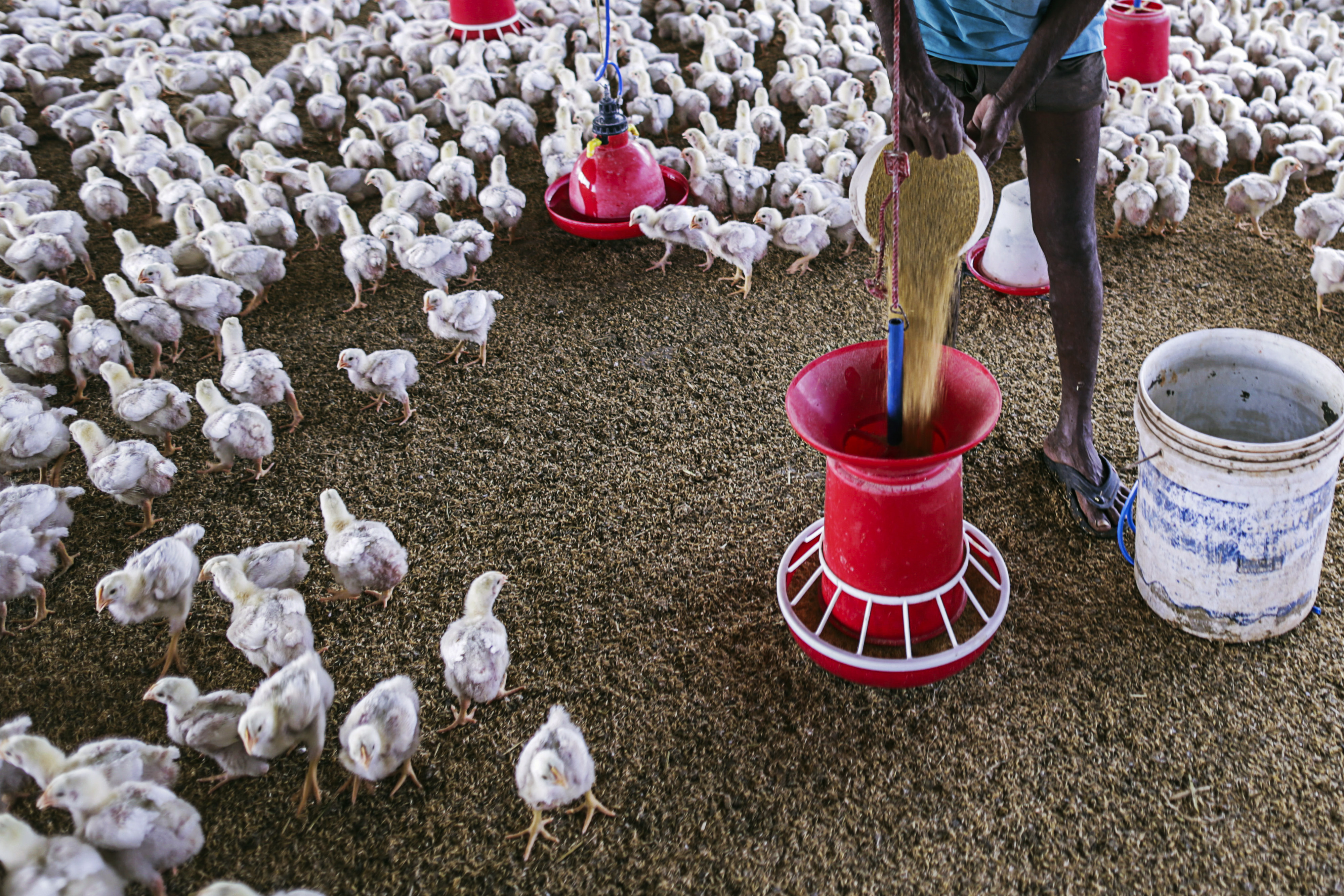 Muscat: Major tenders for building a poultry project promoted by Al Namaa Poultry SAOC will be floated after six months. The project cost is estimated at OMR100 million.
The mega poultry project, which has already signed an agreement with Semac Consultants for detailed design, plans to produce 15,000 tonnes of poultry meat per annum in the first year of operation, which will go up to 60,000 tonnes in the fifth year. The project is planned in Ibri.
“Once we complete the design work within the next five to six months, we will float tenders for enabling works and other major works. That will take three months to study and finalise the tender,” said Saleh Al Shanfari, chief executive officer of Oman Food Investment Holding Company (OFIC), which is one of the promoters of the joint venture.
He said the construction work will take 15 months and therefore, the project is expected to start operations in 2019.
“The identification of relevant technologies is in place and major tenders will be released soon. The master design company Semac will complete the detailed engineering design within five to six months,” added Al Shanfari.
The proposed facilities include a hatchery, slaughter house, a rearing house, a feed mill, a stand-by power station, a reverse osmosis water treatment plant, staff accommodation and storage facility. The project will use latest technology and imported equipment and processes creating a benchmark for other players to follow. This is expected to improve the overall technology, and efficiency levels in the poultry industry in Oman.
He further said the company is in the process of recruiting highly skilled technical staff, who will help in the planning phase. The poultry project will produce 60,000 million tonnes of poultry meat, from 60 million birds.
“The poultry project will be three times bigger than the largest poultry project in Oman now,” added Al Shanfari.
Project finance for Al Namaa Poultry has already been secured from both promoters and financial institutions. Meethaq Islamic Banking (the Islamic banking arm of Bank Muscat) has already signed a finance agreement for funding OMR50 million for the project. The debt equity mix in the project is 50:50 and OFIC’s contribution is 20 per cent of equity.
Al Shanfari said the main purpose of the poultry project is to achieve self-sufficiency or import substitution in poultry meat production.
“The government has decided to set up the project to meet the local needs. Possibly, there could be some exports from time to time.” It is estimated that the project will push self-sufficiency in poultry meat production from 34 per cent in 2014 to 68 per cent in 2020.
Al Shanfari said the proposed poultry project is part of several such ventures planned by the government for ensuring food security within the country.
Other major food security projects include a dairy project and red meat project, which are in different stages of planning and construction.