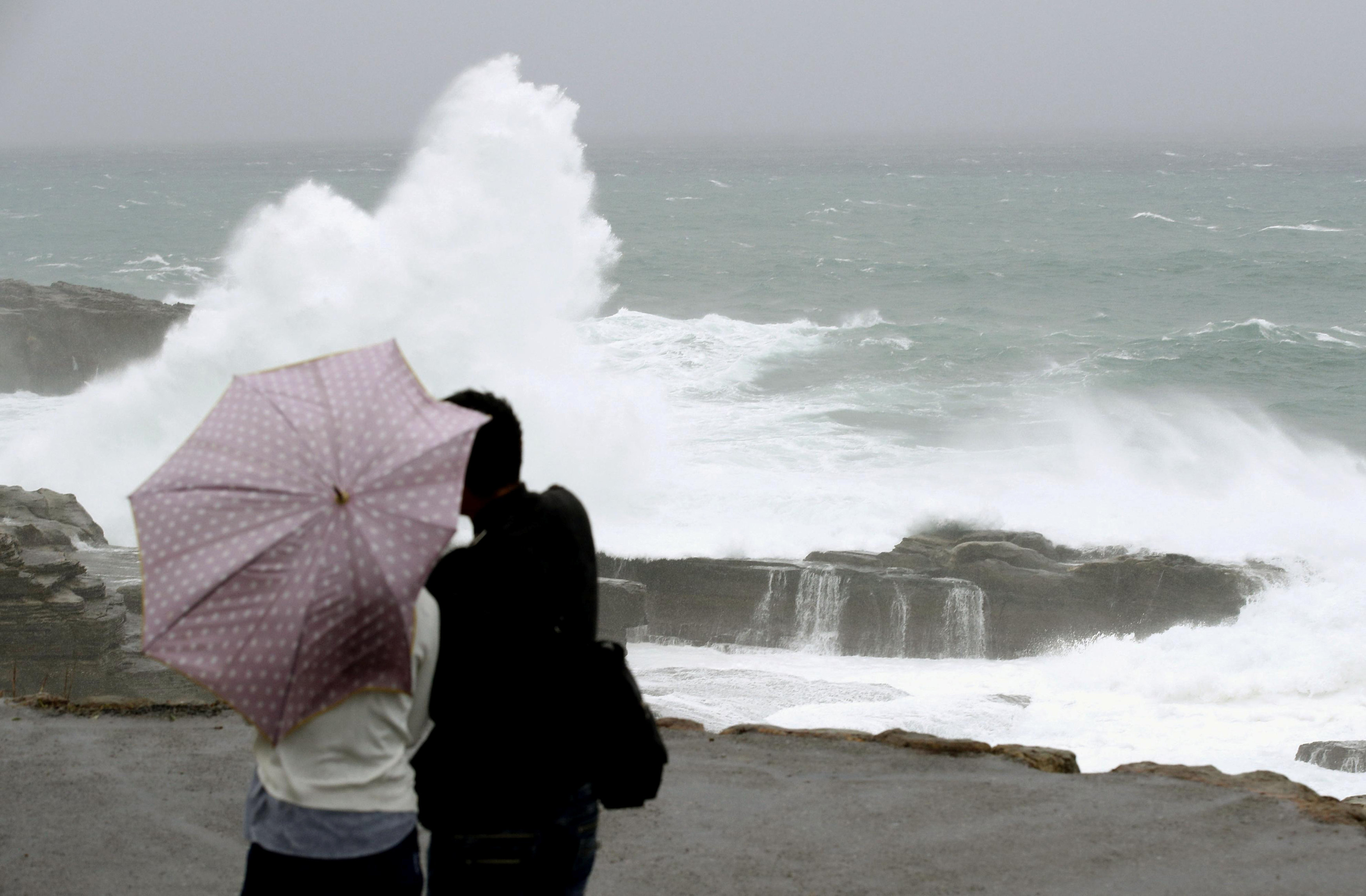 Tokyo: Tens of thousands of people across Japan were advised to evacuate, hundreds of flights were cancelled and train services were disrupted on Sunday as a typhoon roared toward the coast, bringing heavy rain and strong winds on a national election day.
Typhoon Lan, classified as an intense Category 4 storm by the Tropical Storm Risk monitoring site, was south of Japan and moving northeast at 40 kph on Sunday afternoon, the Japan Meteorological Agency (JMA) said.
An agency official told a news conference that while Lan appeared to have weakened slightly from its peak, it was still a powerful storm that could pound parts of Japan with more than 80 mm (3 inches) of rain an hour. It is set to make landfall on Japan's main island of Honshu, possibly near Tokyo, early on Monday.
"It will make landfall as a strong typhoon," the official said.
"The wind and rain will grow stronger as the night goes on, so take measures as needed as early as possible, preferably before it gets dark."
Wind gusts of up to 162 kph (100 mph) were possible across central and eastern Japan early on Monday, the JMA added.
One man was knocked unconscious after scaffolding collapsed at a building site, NHK said. There were a handful of other injuries caused by falls in the strong wind, all minor.
The agency issued warnings for heavy rain and flooding on the Pacific side of Japan including the Tokyo metropolitan area, even though the typhoon is likely to be downgraded to Category 3 by Sunday night, with the activity of a seasonal rain front intensified by the storm.
More than 70,000 households in various parts of Japan were advised to evacuate, with more than 5,000 ordered to do so, NHK public television said.
"I live alone and at night it's scary, so I came here as early as I could," one elderly woman told NHK at a evacuation centre in western Japan.
Several small landslides had occurred and rivers were rising close to the top of their banks in several parts of the country. One part of the country got over 600 mm (23 inches) of rain in 48 hours, twice the usual amount of rain for the whole month of October.
Prime Minister Shinzo Abe told reporters he had called on the government to take steps as early as possible to minimise any threats to people's lives.
More than 300 flights were cancelled and rail services were interrupted in southern and western parts of the country. By evening, wind and rain were intensifying in Tokyo.
Toyota Motor Corp said it was cancelling the first shift at all of its assembly plants around the nation.
The bad weather could hinder voter turnout in the general election, where Abe's Liberal Democratic Party-led (LDP) coalition is on track to roughly match the two-thirds "super majority" it held in parliament's lower house before dissolution.
Authorities in Okinawa moved the voting date to Saturday for some remote islands as the storm neared, and media reports said counting of votes in some districts was unlikely to start until at least Monday due to transportation disruptions.