Tennis: Pliskova and Muguruza ease to wins in Singapore openers 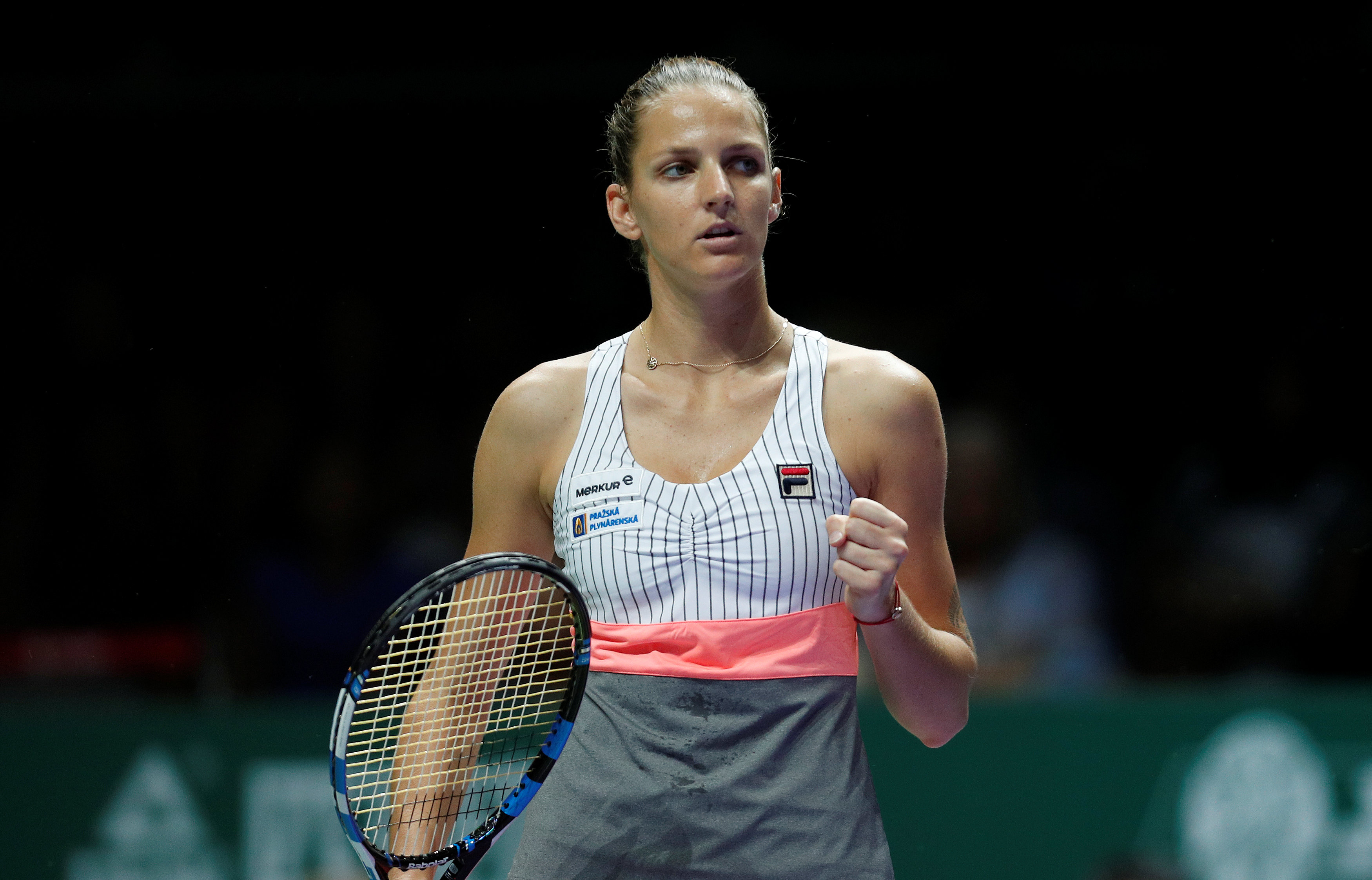 Singapore: Karolina Pliskova put on a ruthless display of big hitting to swat aside crowd favourite Venus Williams 6-2, 6-2 as the WTA Finals opened with a pair of power-packed slugfests at the Singapore Indoor Stadium on Sunday.
After the dust settled on Pliskova’s impressive triumph, Spain’s Garbine Muguruza overcame a spirited Jelena Ostapenko in the second White Group tie of the day, the world No. 2 emerging with a 6-3, 6-4 victory over the French Open champion.
The 37-year-old Williams is making her first appearance at the elite eight-woman event since 2009 but her Czech opponent hit the ground running and never looked back after she broke the American’s serve early in the first set.
The strategy was pretty much established in the opening game, with Williams, the 2008 champion, looking to come to the net whenever possible, while Pliskova was happy to rely on her powerful groundstrokes from the baseline.
Pliskova found her range immediately for a routine hold in the first game but Williams struggled when it was her turn to serve as the Czech capitalised on some sloppy play from the American to break with a booming forehand.
A flustered Williams settled in the fourth game to finally get on the scoreboard with a second ace of the match and, after the pair exchanged breaks, Pliskova moved 5-2 ahead with a sumptuous volley after working the American around the court.
Another double fault gave the world No. 3 her first set point and she duly wrapped up the opener in 32 minutes when Williams went long with an errant backhand.
“I think my serve was pretty good today but the scoreline makes it look easier than it was,” Pliskova said in a courtside interview.
Composed Muguruza
The second set began with both players holding comfortably before Pliskova edged ahead in a pivotal third game when she fended off two break points with a brilliant volley and an ace before sending down two more huge serves to stay in control.
Williams was now struggling for both range and control and Pliskova, buoyed up by the tough hold in the previous game, pounced on another poor sequence of points from her opponent to break again and surge clear.
Pliskova held to love for a 5-2 lead before a big forehand winner brought up three match points and, while Williams played her best tennis of the tie to stave them off, a wayward backhand on the fourth gifted her opponent victory in just 74 minutes.
Muguruza is making her third consecutive appearance in Singapore and the Spaniard banked on her experience at the venue to end a sequence of five breaks of serve with a crucial hold to take the first set against her 20-year-old Latvian opponent.
After racing to a 5-1 lead in the second, Muguruza’s cruise to victory hit a roadblock as Ostapenko unleashed a barrage of winners to claim three straight games before the Spaniard finally flopped over the line on her third match point.
“At the end of the match she was making the most of her last opportunities but I managed to stay composed and turn it around,” Muguruza said. “She is so young and confident so I knew it was going to be difficult.”
The Red Group contains world No. 1 Simona Halep of Romania, Ukraine’s Elina Svitolina, Dane Caroline Wozniacki and Frenchwoman Caroline Garcia, with the first matches in that pool taking place on Monday.