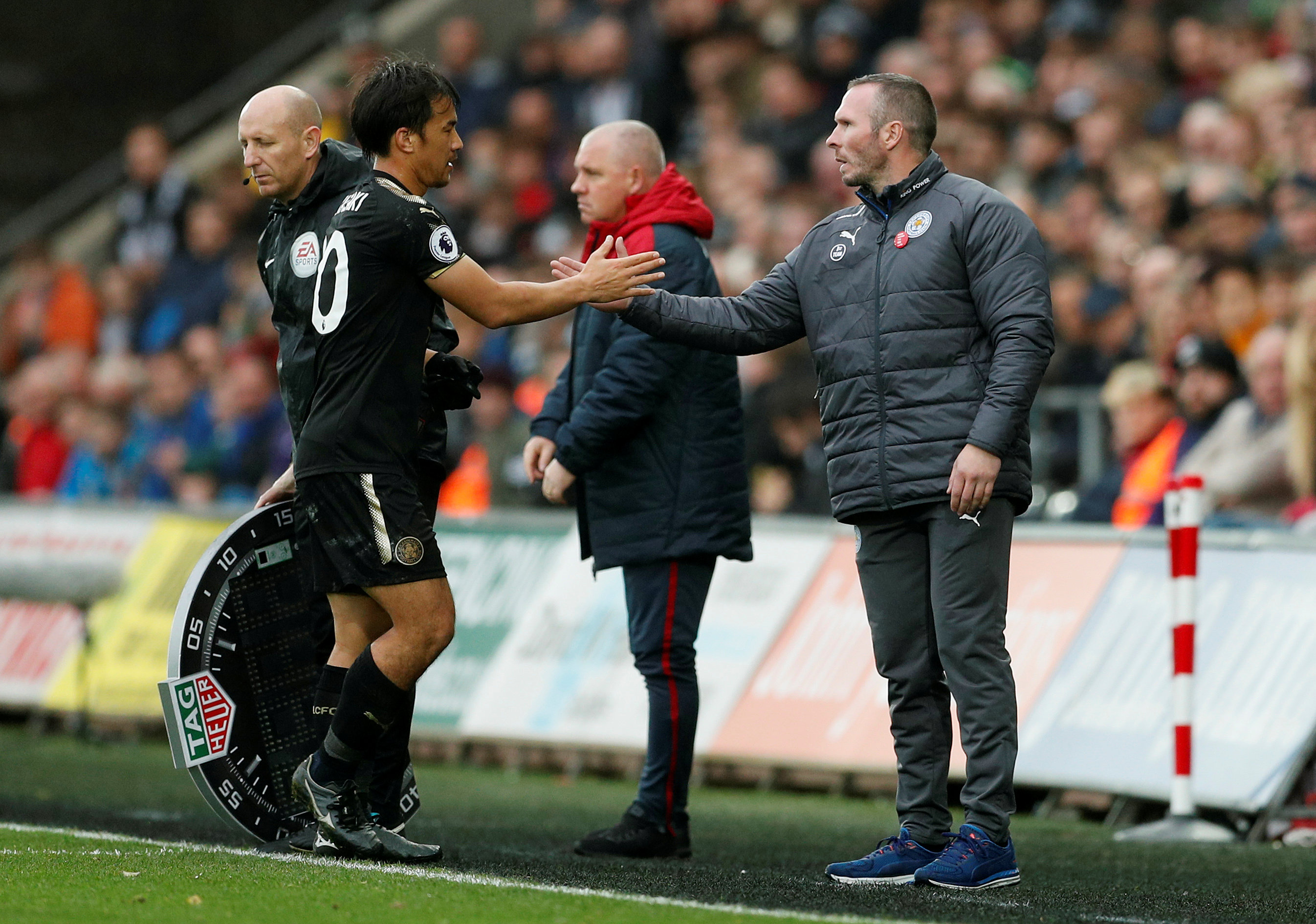 London: A Federico Fernandez own goal and a second-half strike by Shinji Okazaki gave Leicester City caretaker manager Michael Appleton a much-needed 2-1 win away to Swansea City in his first game in charge, lifting the Foxes out of the bottom three in the process.
Taking the reins after the sacking of Craig Shakespeare earlier in the week, Appleton saw Fernandez head the ball into his own net to give Leicester the lead after 25 minutes. Okazaki doubled the advantage just after the break, firing home to finish a quick counter-attack.
Defender Alfie Mawson pulled one back for Swansea, hooking the ball home following a corner for his first goal of the season and prompting Swansea to pour forward looking for an equaliser.
In doing so they left huge gaps at the back, and Jamie Vardy and Riyad Mahrez both could have scored. Leicester hung on for the win that sent them out of the relegation zone and up to 13th place in the table on nine points after nine games.
Swansea manager Paul Clement was disappointed after the game that his side did not adhere to their pre-match preparations for the visitors.
"I thought we took a step forward against Huddersfield - we were able to take what we did on the training field into the game. But today we have taken a backward step. I think our performance in the first half was what did the damage," he said.
"Nothing that Leicester did today surprised me or the players - we talked about their dangerous crosses and the danger in counter-attacking situations.
"But there's talking about it and then there is making sure the application is right on the pitch."