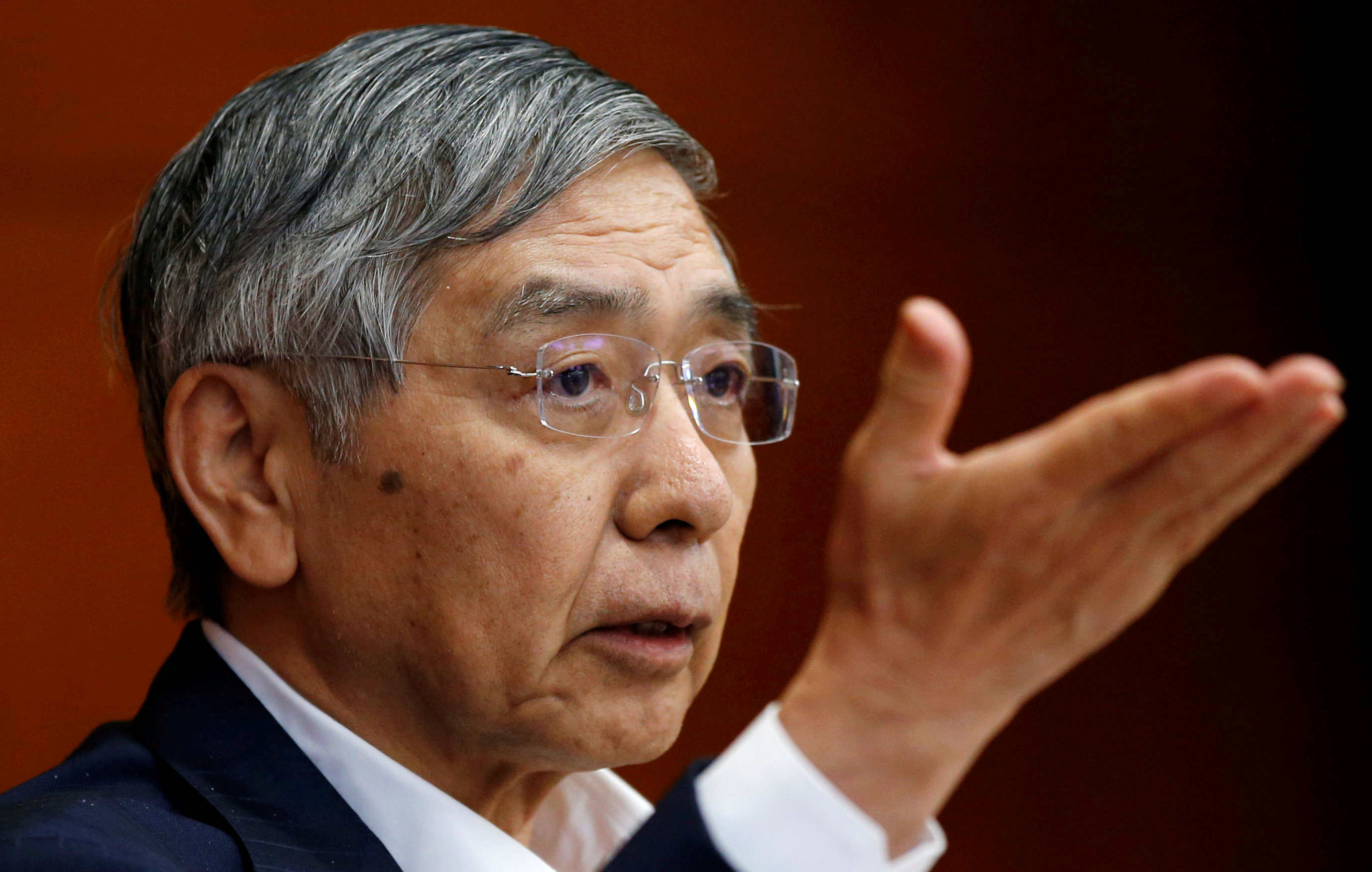 Tokyo: For Bank of Japan (BOJ) Governor Haruhiko Kuroda, Sunday's general election has brought into focus the challenge of unwinding a massive stimulus programme and yield curve control policy, while not hurting a budding but still fragile economy, the world's third-largest.
With inflation far below a 2 per cent target, the BOJ rules out any near-term exit from Kuroda's legacy ultra-easy policy.
But there's growing alarm within the central bank about how long it can keep the money spigot open, given the rising costs and diminishing returns, people familiar with BOJ thinking say.
Most of the BOJ's nine board members and bureaucrats involved in drafting monetary policy feel the next step — though some way off — would be to roll back Kuroda's radical monetary experiment, with the economy in recovery-mode, they say.
The political tide is shifting in favour of at least having such a debate.
Several ruling Liberal Democratic Party (LDP) heavyweights have warned of the rising cost of prolonged monetary easing. Opposition parties, including the new Party of Hope led by popular Tokyo Governor Yuriko Koike, want a departure from over-reliance on monetary policy.
"The BOJ may be asked to explain more in parliament how it intends to exit," said one of the people familiar with BOJ thinking. "That would require some changes in communication."
BOJ bureaucrats are drafting a plan. The trick is to retreat from crisis-mode stimulus without giving the impression the bank is embarking on outright monetary tightening.
Already, the BOJ is proceeding with the first stage of the plan - by whittling down its vast bond purchases to an annual pace of around 50 trillion yen ($443 billion), below a loose pledge to keep it at around 80 trillion yen.
The next step would be to allow long-term interest rates, which the BOJ has capped at around zero, to rise, more reflecting improvements in the economy, the sources say. The bank could raise the bond yield target or shift it to the shorter end of the curve even before inflation hits 2 percent, as it can maintain easy monetary conditions with its strong balance sheet.
"If long-term rates rise naturally, reflecting improvements in the economy, the BOJ may not need to cap 10-year yields at zero," one of the people said. It could then raise short-term rates, though reducing the size of its balance sheet could be years away.
Learning from the Fed
After a massive asset-buying programme that Kuroda deployed in 2013 failed to fire up inflation, the BOJ reverted last September to a policy targeting interest rates.
Since then, the bank has begun to more openly debate an exit.
Deputy Governor Hiroshi Nakaso said the BOJ can learn from the US Federal Reserve when withdrawing stimulus, while another deputy governor said the BOJ is conducting exit simulations.
Kuroda concedes that meeting the inflation goal will take time as shocking the public out of deflation proved tough — sea change from his 2013 pledge the target could be met in just two years.
Gone, too, are his threats to ramp up stimulus to reach his price target sooner.
Adam Posen, president of the Peterson Institute for International Economics, said the shift to yield curve control a year ago was a normalisation of monetary policy in a narrow sense.
"Everybody says nowadays that a central bank's goal is price stability or stable low-rate inflation. But what we really care about is people's well being," he said. "I don't think (the BOJ) needs to add stimulus."
Cost of delay
Delaying an exit from the ultra-loose policy could be costly.
As the US Fed and the European Central Bank begin to roll back post-financial crisis unconventional policies, the divergence could trigger market turbulence.
Bound by near-zero rates, the BOJ could be left with fewer tools than its peers to battle another recession.
"The BOJ needs to start normalising policy, at least from 2018, when the economy is still in good shape," said Izuru Kato, chief economist at Totan Research and a veteran BOJ watcher. "Otherwise, it will lose the window of opportunity to exit."
Prolonged easing could also destabilise the banking system by eroding bank profits, a warning the International Monetary Fund made in a report this month.
Still, finding the way out from years of heavy money printing isn't easy. Any sign of diminishing BOJ presence may jolt the bond market, which saw liquidity dwindle as the bank gobbled up roughly 40 percent of the market.
Stocks are also heavily reliant on the BOJ buying exchange-traded funds, so any slowdown in that could hit stock prices and business sentiment.
And there's the question of who will next be leading the BOJ.
If Prime Minister Shinzo Abe holds on to power, there's a good chance he would reappoint Kuroda for another term, analysts say. He'd still have to heed growing calls for more debate on an exit strategy.
Seiko Noda, a cabinet minister seen as Abe's leadership rival, has called for scrutiny on the rising cost of prolonged easy policy. And Abe himself no longer calls on the BOJ to do whatever it takes to achieve 2 per cent inflation, saying only he hopes the bank will "keep up efforts" to end deflation.
"The biggest flaw of the BOJ's current framework is the difficulty of an exit," said Hideo Kumano, a former BOJ official and now chief economist at Dai-ichi Life Research Institute.
"The BOJ has kept mum on this, but it may change that stance if the political sentiment begins to shift."