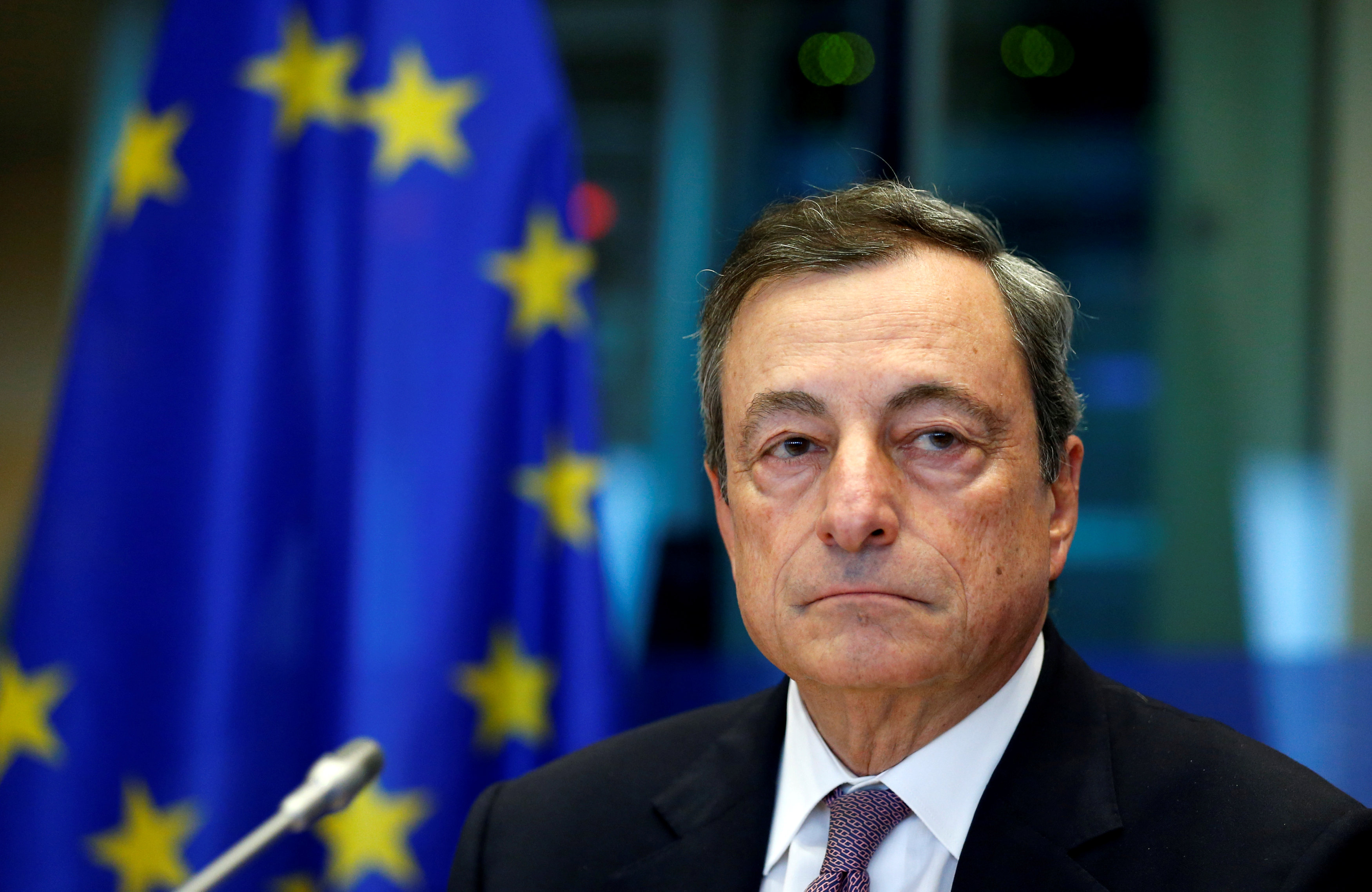 Frankfurt: Not for the first time, European Central Bank (ECB) President Mario Draghi is facing a tricky balancing act.
With the euro zone economic recovery well into its fifth year, the time has come to cut stimulus. Yet, overly ambitious tightening could choke off the very growth Draghi has fostered, threatening to undo years of work.
Draghi also has to find common ground between policy hawks, who argue the ECB has spent its firepower so any further stimulus has negligible effect, and doves, who point to persistently weak inflation as evidence the bank has not met its price-stability mandate.
The compromise is likely to be a cut in bond purchases at Thursday's policy meeting, twinned with a lengthy extension of stimulus and a commitment to keep rates low for many years to come.
Such a move would ensure that easy policy persists while also reducing the ECB's reliance on unconventional tools and potentially paving the way to exit bond purchases.
The problem is that while growth is on its best run in a decade, unemployment remains high, wage growth is barely visible and inflation will probably not rise back to the ECB's target before the end of the decade.
The bond purchases have depressed borrowing costs but the ECB is slowly running out of debt to buy so it either takes a step towards the exit or redraws the rules of the programme, a potentially controversial move that may send the wrong signal.
A Reuters poll of economists concluded the ECB Central Bank it will start trimming its monthly asset purchases to 40 billion euros from 60 billion euros in January.
It was mostly split on whether the programme would last six or nine more months after that.
Sources close to the ECB's pre-meeting discussions say the a nine-month extension seems likely with debate over monthly volumes between 25 and 40 billion euros a month.
But the real issue will be whether to keep the asset buys open ended, making another extension possible, or signal an eventual end of bond purchases, as demanded by hawks, including powerhouse Germany.
While this debate is still open, sources speaking to Reuters said it is more likely the bank would maintain the flexibility and even signal a willingness to increase asset buys if the outlook sours.
That, says UBS, is crucial: "We view the duration of the extension in net asset purchases as more important than the monthly size in ensuring the ECB's ability to manage the expectations around its future policy."
New bond purchases will add little to inflation. But they will buy the ECB some time as it waits for growth to finally translate into inflation.
In a glimmer of hope for policymakers, Germany's largest trade union recently asked for a 6 percent wage hike for nearly 4 million workers, an ambitious move, which could lift wages across the board as many employee groups look to IG Metall to set the trend.
Euro zone inflation — currently at 1.5 per cent — remains well below the ECB's target of almost 2 per cent and expectations are for it to stay that way at least until 2019.
Hurricanes
While the euro zone enjoys its growth run, the United States, the world's biggest economy, probably suffered a major hit last quarter, mostly due to the disruptions from hurricanes.
An advance release of third quarter data at the end of the coming week is likely to show growth slowing to 2.6 per cent from 3.1 per cent with a decline in retail sales, industrial production, homebuilding and home sales blamed on Hurricanes Harvey and Irma.
Rebuilding efforts are, however, expected to boost GDP growth in the fourth quarter and in early 2018, suggesting that the dip is temporary and will be mostly compensated for in the coming quarters.
"Damages from the hurricanes will likely total around $150 billion, with an unusually large portion of that coming from business interruption to refineries, petrochemical plants, restaurants and residential construction," Wells Fargo said, predicting that hurricanes shaved about 0.9 percentage points off Q3 growth.
But economists added that if the weather distortions fade quickly, the US Federal Reserve would remain on course to hike rates before the end of the year, given that the economy is essentially at full employment.
A compromise on a tax reform package and a growth rebound could also solidify expectations for two more hikes next year, analysts added.