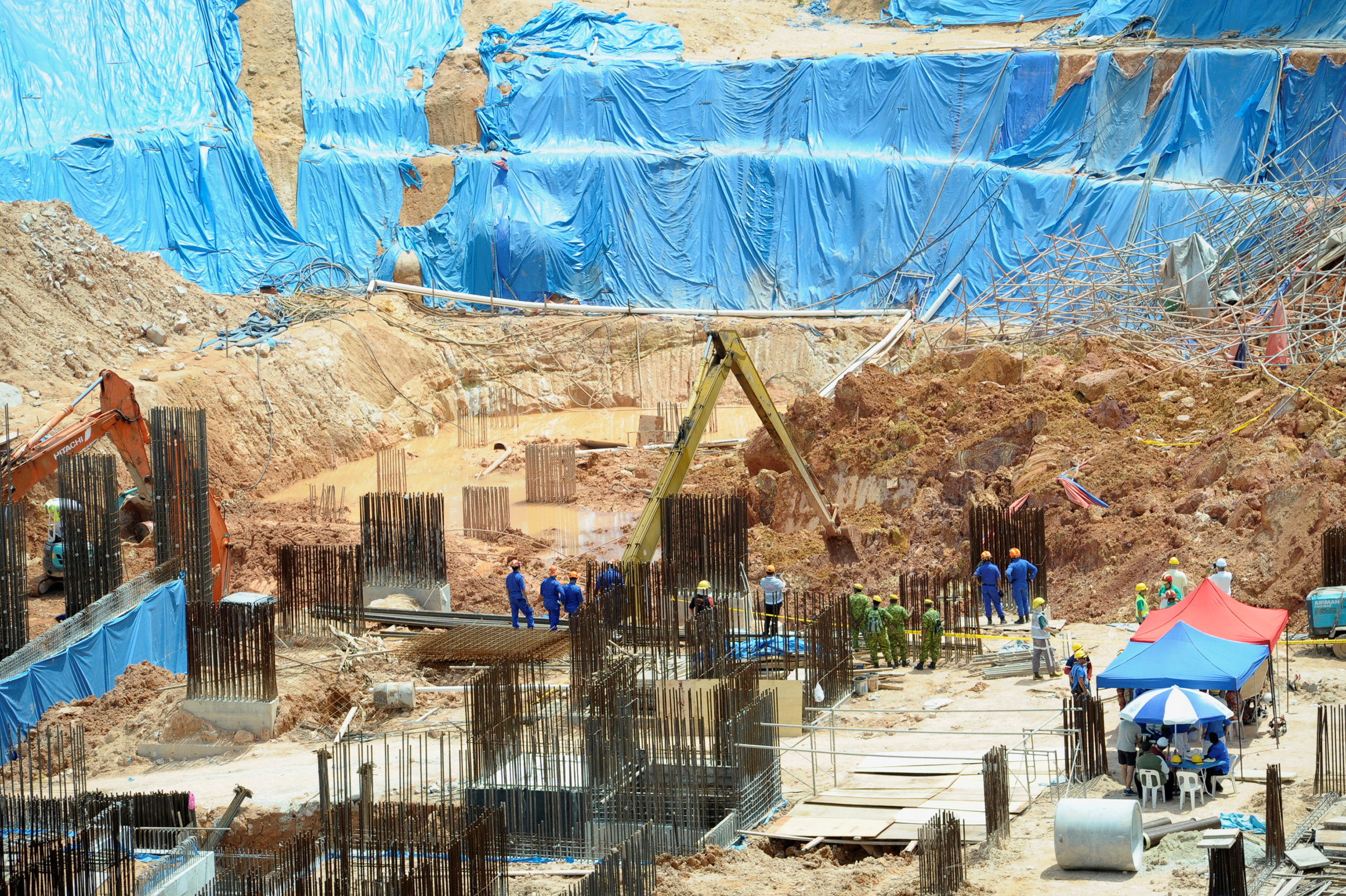 Kuala Lumpur: Four foreign workers were killed and 10 others are missing after a landslide at a construction site in George Town, capital of the northwest Malaysian state of Penang, authorities said.
The bodies of three Bangladeshis and one unidentified person were found in the debris, officials said late on Saturday. Two workers escaped with light injuries.
"Now the problem we are facing is we need to excavate a 35-metre heap of earth. We have deployed a K9 (canine) unit with three dogs to search for victims," Penang fire and rescue department director Saadon Mokhtar said earlier during the rescue operations.
Those trapped were identified as foreign workers from Indonesia and Bangladesh, including one Rohingya and one Pakistani, fire officials said in an update of the search. One Malaysian, the construction site supervisor, was believed to be buried as well.
The landslide occurred at a construction site, where two 49-storey condominium towers are being built. The cause has yet to be determined.
Search for the other victims will continue on Sunday as night falls.