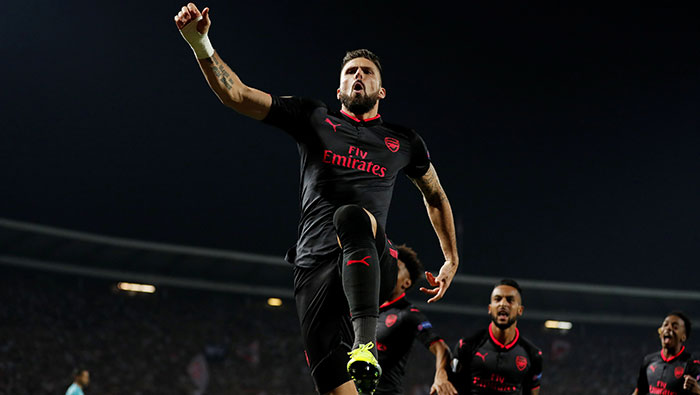 Barcelona: Arsenal beat 10-man Red Star Belgrade 1-0 in Europa League Group H in an intimidating atmosphere thanks to an acrobatic late goal by Olivier Giroud on Thursday.
Both sides missed chances as Theo Walcott came close for Arsenal in the first half while Richmond Boaqye hit the woodwork at the other end and Petr Cech did well to keep out a Nemanja Radonjic effort.
Roared on by their faithful supporters, Red Star kept going at a makeshift Arsenal side in the second half and Cech again rescued the visitors when he palmed over the bar a fierce Slavoljub Srnic shot.
Red Star goalkeeper Milan Borjan denied Reiss Nelson as Arsenal came forward in numbers in search of a winner, which came after the home side had left back Milan Rodic sent off for a second bookable offence in the 81st minute.
Arsenal top Group H with a maximum nine points from three games after returning to winning ways following their 2-1 defeat by Watford in the Premier League.
BATE Borisov are second after beating Bundesliga side FC Koln, who have lost all three games in their first European campaign in 20 years.
Real Sociedad hammered FK Vardar 6-0 with the help of four goals from Brazilian forward Willian Jose, while fellow Liga side Athletic Bilbao were left on the brink of elimination as they drew 2-2 at Swedish side Ostersund.
A late goal from veteran striker Aritz Aduriz prevented a second consecutive defeat for the 2012 finalists, who are third in Group J on two points, four behind second-placed Zorya and five behind leaders Ostersund.
In France, Mario Balotelli opened the scoring for Nice against Lazio but the Serie A side quickly turned the game on its head to win 3-1, with Felipe Caicedo levelling a minute after Balotelli's opener and Serbian Sergej Milinkovic-Savic striking twice in the second half.
Seven-times European champions AC Milan host AEK Athens later on Thursday looking for a third straight win in the competition, while Everton entertain Lyon searching for their first victory in this year's tournament. 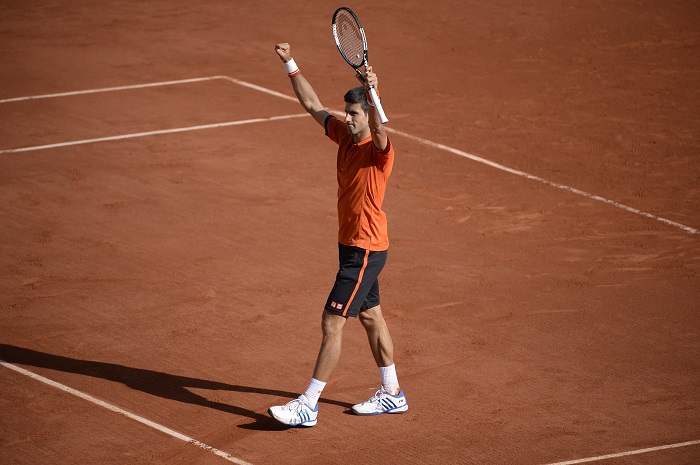