Football: Manager Koeman backed by Everton board despite poor start 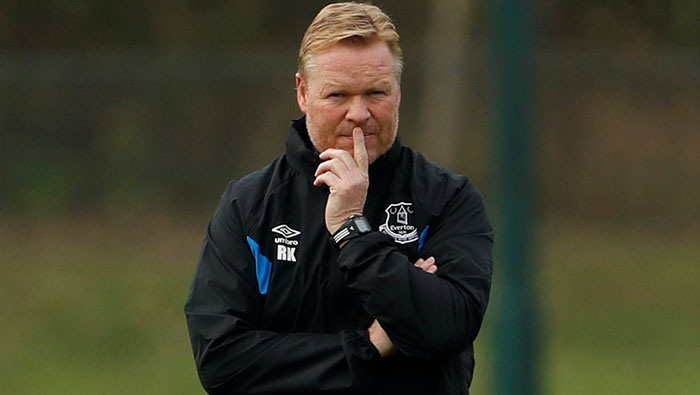 Liverpool: Manager Ronald Koeman says he has the full support of Everton's board despite an underwhelming start to the Premier League campaign.
After spending over 100 million pounds in the transfer window, Everton, who finished seventh in the league last season, are 16th with two wins in their opening eight league games and they have yet to record a victory in the Europa League group stage.
Koeman believes he has no reason to worry about his job just yet after holding talks with Everton majority shareholder Farhad Moshiri and chairman Bill Kenwright at the club's training ground.
"Yes, he (Moshiri) was here," Koeman told reporters on Wednesday. "It was not only him but also the chairman... they spoke about football. There was not really a message but the feeling is that they are behind the team and the manager.
"Everybody knows in football that's a nice thing but in football always, finally, it's all about results. Until now it's full, total support from the board, yes."
Everton defender Michael Keane reiterated his manager's words and called for the team to emulate last season's impressive home form, when they lost just two of their 19 league matches at Goodison Park.
"Obviously, we've been disappointed not to go out there and win more games for the fans," Keane said. "The team had a fantastic record at Goodison last season and that was something we wanted to continue.
"For one reason or another, that hasn't happened so far but all we can do is keep working hard to get it right.
"We want to create chances, keep teams pinned in and put teams to the sword. We haven't done that enough at Goodison yet this year but the fans deserve to see it and we want to give them that."
Everton host French side Olympique Lyon in the Europa League on Thursday and face sixth-placed Arsenal in the league on Sunday.