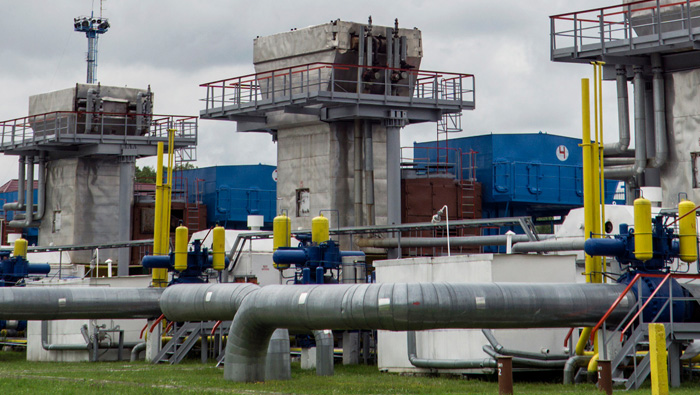 New York: United States regulators rejected Veresen’s multibillion-dollar proposal to build a terminal in the US state of Oregon that would export as many as two tankers of natural gas a week. They also denied its plan to a build a pipeline with Williams Partners to supply gas to the terminal.
Williams and Veresen failed to demonstrate that the pipeline’s benefits would outweigh the “adverse effects on landowners,” the Federal Energy Regulatory Commission has said in an order denying authorisation. And without a pipeline supplying gas, the Jordan Cove export terminal “can provide no benefit to the public to counterbalance” the impacts associated with its construction, the agency said.
The rejection throws into question the future of a project that has waited almost three years for regulatory approval. A worldwide glut of liquefied natural gas is meanwhile emerging, threatening the economics of such export terminals in the US. As much as half of the nation’s LNG export capacity is at risk of being shut between 2017 and 2020, according to the research and consulting group Wood Mackenzie.
“Jordan Cove was one of the few projects off the West Coast we would have expected to move forward,” Het Shah, an analyst at Bloomberg New Energy Finance in New York, said by e-mail late Friday. The terminal would have “brought much-needed relief” to gas markets in Western Canada and the Rockies by creating another outlet for the region’s production, he said.
Extremely surprised
Calgary-based Veresen said in a statement that it was “extremely surprised and disappointed” by the decision and plans to request a rehearing on it. “We will continue to advance negotiations with customers to address this concern,” Don Althoff, the company’s chief executive officer, said.
Williams, based in Oklahoma City, didn’t immediately respond to requests for comment.
While Veresen has estimated in previous presentations that the Jordan Cove terminal would cost $5.3 billion, a report issued by the federal energy commission’s staff last year estimated construction would total about $3 billion.
Shale boom
Jordan Cove isn’t the first terminal to have been rejected by the federal energy commission, but it may be the first export project to be denied since the US shale boom touched off a flurry of applications to send natural gas abroad. The commission had approved at least seven export plans as of January 6 and was weighing applications for nine more, including Jordan Cove, reports on its website show.
Veresen had proposed to build four “trains,” or LNG production plants, at Jordan Cove that would have been capable of making 6.8 million metric tonnes of LNG a year. The 232-mile (373-kilometre), $1.74 billion Pacific Connector gas pipeline proposed to supply the plant would have been owned by Veresen and Williams Partners.
Regulatory setbacks
The project has been mired in regulatory setbacks since it was first proposed, from delays over a state water permit to the extension of its public commenting period.
“The more adverse impact a project would have on a particular interest, the greater the showing of need and public benefits required to balance the adverse impact,” the federal energy commission said in its order on Friday.
The companies showed “little or no evidence of the need” for the Pacific Connector pipeline considering they hadn’t conducted an open season for capacity on the system and didn’t have contracts for it, the agency said in the order.
For their part, Veresen and Williams said they were confident they’d find customers and that they were in negotiations with prospective clients.