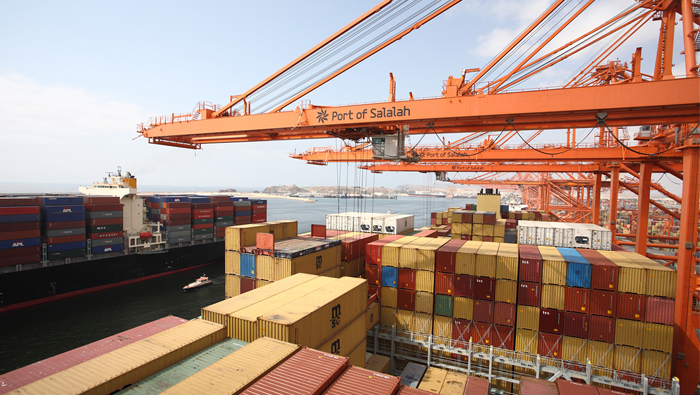 Muscat: Oman’s neighbouring country, the United Arab Emirates (UAE), retained its position as the main destination of Sultanate’s non-oil exports in the first nine months of 2015.
The Sultanate’s non-oil exports to the UAE touched OMR468.7 million, indicating a 19.8 per cent of OMR2,364.1 million non-oil exports of the country in the first three quarters of 2015, according to the latest statistics from National Centre for Statistics and Information (NCSI).
However, Oman’s exports to the UAE showed a decline of 18.1 per cent in the first nine months of 2015, compared to the same period of previous year.
According to NCSI, Saudi Arabia was the second largest importer of Omani products, followed by India, China and the United States of America (USA). China’s non-oil imports from Oman surged ahead by 47 per cent to OMR192.3 million during the period.
It may be noted that the Sultanate’s total non-oil exports fell by 23 per cent to OMR2,364.1 million in the first nine months of 2015, from OMR3,068.9 million for the same period of the previous year. The fall in export revenue was mainly on account of a plunge in commodity prices in international markets.
As far as the Sultanate’s imports are concerned, the UAE retained its position as the top exporter of goods and services to Oman in the first nine months of 2015, with a share of 35.64 per cent (OMR2,978.8 million).
The country’s total imports from different trading partners edged down by 0.8 per cent to OMR8,356.9 million during the period.
According to the latest statistics released by NCSI, Japan was the second leading country for Oman’s imports, followed by China, India and the United States. In fact, the Sultanate imported Chinese goods and services worth OMR479.1 million, showing a surge of 24.4 per cent over the same period last year.
Oman's export development agency, Public Authority for Investment Promotion and Export Development (popularly known as Ithraa), is undertaking several initiatives to enhance non-oil exports, especially to its target markets. These programmes include visits of trade delegations, participation in international exhibitions, business-to-business meetings and market studies in potential export markets.