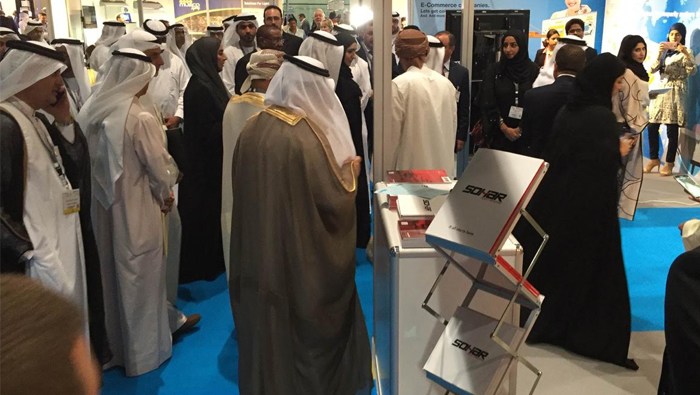 Muscat: Experts from Sohar Port and Freezone participated in a number of panel discussions on themes around rail and regional logistics at the Cargo Show Mena last week.
The two-day event, held at the Dubai World Trade Centre Arena, brought together over 3,000 industry professionals from the Gulf Cooperation Council (GCC) and around the world, said a port release.
As one of the keynote speakers at the conference, Marc Evertse, Sohar port executive commercial manager, spoke about intermodal and multimodal connectivity and its role in reducing the costs of doing business. “Thanks to our prime location outside the Strait of Hormuz and our seamless sea-road-air infrastructure, Sohar is ideally placed to become of the key regional logistics hubs,” he said.
Many new highways are under construction in Sohar, including one connecting the Omani port directly to Saudi Arabia, which will avoid the delays associated with the current routes through the UAE. Sohar is also investing heavily in technology, with new automated truck appointment systems for the container terminal, as well as online customs clearance systems and a complete port management system, that gives shipping agents the platform to access and exchange information.
Summing up the two-day event in Dubai, Andre Toet, chief executive officer of Sohar Port, said: “As the entire region shifts its focus to an economic base fuelled by knowledge, the Sultanate is ideally placed to play a critical role and become a major logistics hub. Whereas many western countries are still struggling to make the transition to a post-industrial economy, there is a huge opportunity for young countries like Oman to focus even more on education and training and leapfrog their way into leading roles in innovation sectors like sustainable energy, clean-technology, and logistics.”