Afghanistan beat Zimbabwe to qualify for main round 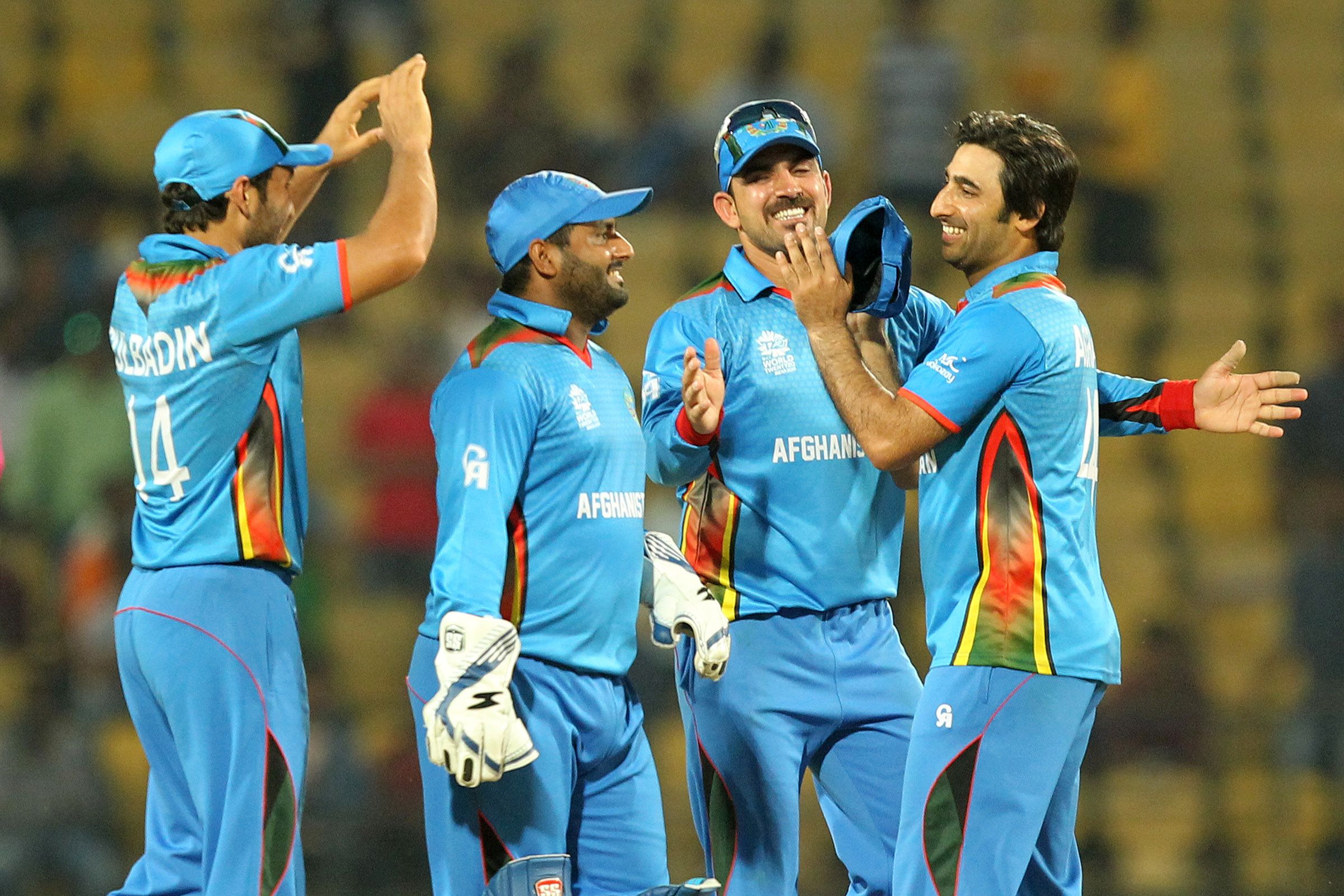 Nagpur, India: Afghanistan on Saturday romped into the main round of the ICC World T20 after crushing Zimbabwe by a whopping 59 runs in their final Group B qualifying contest, here on Saturday.
In a do-or-die match, the Afghans outplayed Zimbabwe in all departments by first scoring a challenging 186/6 in 20 overs and then bowling out opposition for 127 in 19.4 overs.
Afghanistan won all their three qualifying round matches having won their first two games against Scotland and Hong Kong respectively. Afghanistan have been clubbed with England, Sri Lanka, West Indies and South Africa for the Super 10 and they will open their campaign against Sri Lanka at the Eden Gardens on March 17.
The Afghans turned the match on its head during the last 10 overs of their innings with Mohammed Nabi (52 off 32 balls) and Samiullah Shenwari (43 off 37 balls) adding 98 runs for the fifth wicket. Nabi's innings had four boundaries and two sixes while Shenwari hit a six and a four.
In the back-10, Afghanistan scored a massive 113 runs after the first 10 overs produced 73 for the loss of four wickets.
Opener Mohammed Shahzad also did a great job by going after the bowling during the Powerplay overs, notching up 40 off 23 balls with seven boundaries and a six.
All the Zimbabwe pacers, who had a decent outing so far, went for runs. Wellington Masakadza (0/31), Tendai Chatara (0/34 in 3 overs), Donaldo Tiripano (1/41 in 3 overs) all went for runs. The only successful bowler was Tinashe Panayngara (3/32 in 4 overs).
The best part about Afghanistan batting was their fearless strokeplay. If the fine leg was up, they hit the lap shot, played the upper cut over third man and punished any loose deliveries that came their way.
Zimbabwe were never really in contention as they could score only 39 in the Powerplay overs with field restrictions on. They lost wickets at regular intervals with none of their batsmen crossing 20-run mark.
Leg-spinner Rashid Khan (3/11 was the most successful bowler while Hamid Hassan (2/11), Samiullah Shenwari (1/31) and Mohammed Nabi (1/29) all chipped in with wickets.