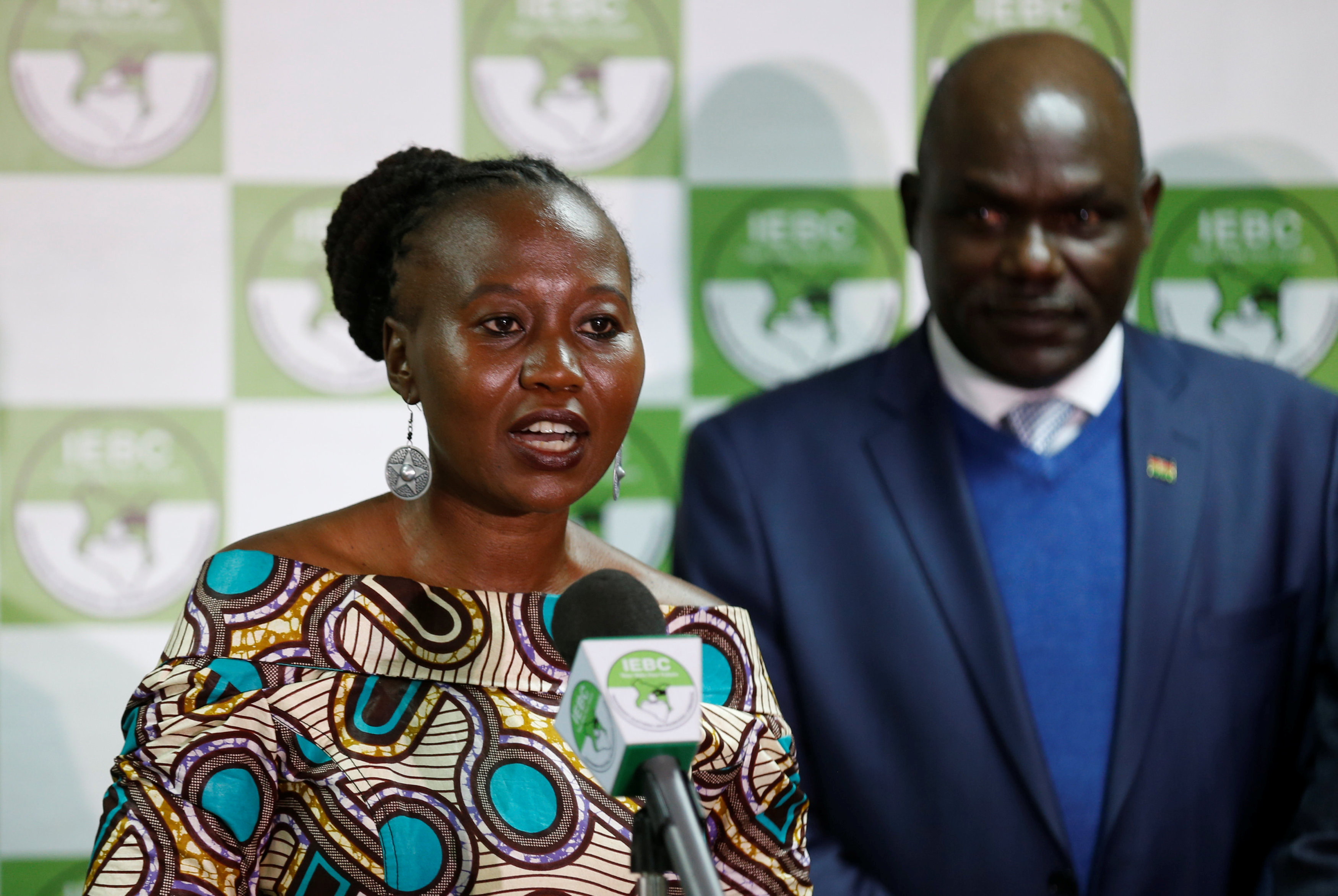 Nairobi: A top Kenyan election commissioner has quit and fled the country a week before a re-run of the presidential vote, citing political intimidation and saying the election would be a "mockery" of democracy.
The resignation of Roselyn Akombe, one of seven election board commissioners, is likely to be seized upon by the opposition to bolster its claim that the October 26 poll will not be fair.
The re-run was ordered by the Supreme Court on September 1 after it nullified the August 8 re-election of President Uhuru Kenyatta, following a petition by opposition leader Raila Odinga.
Odinga withdrew from the repeat poll last week, saying the election board had not carried out reforms demanded by the opposition.
His move thrust the country, a key Western ally and also the richest economy in the region, deeper into political uncertainty.
The election board has said the poll will go ahead with seven candidates on the ballot, including Odinga.
Akombe, a member of the election board's top panel, cited severe partisan political divisions among its eight members and the secretariat for her decision to leave.
"The commission has become a party to the current crisis. The commission is under siege," she said in a statement issued from New York and dated Tuesday.
She told BBC radio she had fled from Kenya to New York after receiving numerous threats but did not identify who was threatening her.
The upcoming election would not be credible, she added.
"We need the commission to be courageous and speak out that this election as planned cannot meet the basic expectations of a credible election."
Kenyan law requires the repeat election to be held within 60 days of nullification of the original vote.
Odinga has called daily demonstrations to protest against the election body. At least four people have been killed during protests following the court ruling.
Kenyatta has accused Odinga of pulling out of the race after sensing defeat and trying to cause chaos to force a power-sharing deal, something the opposition strongly denies.
More than 1,200 people were killed in violence after a disputed presidential election in December 2007.