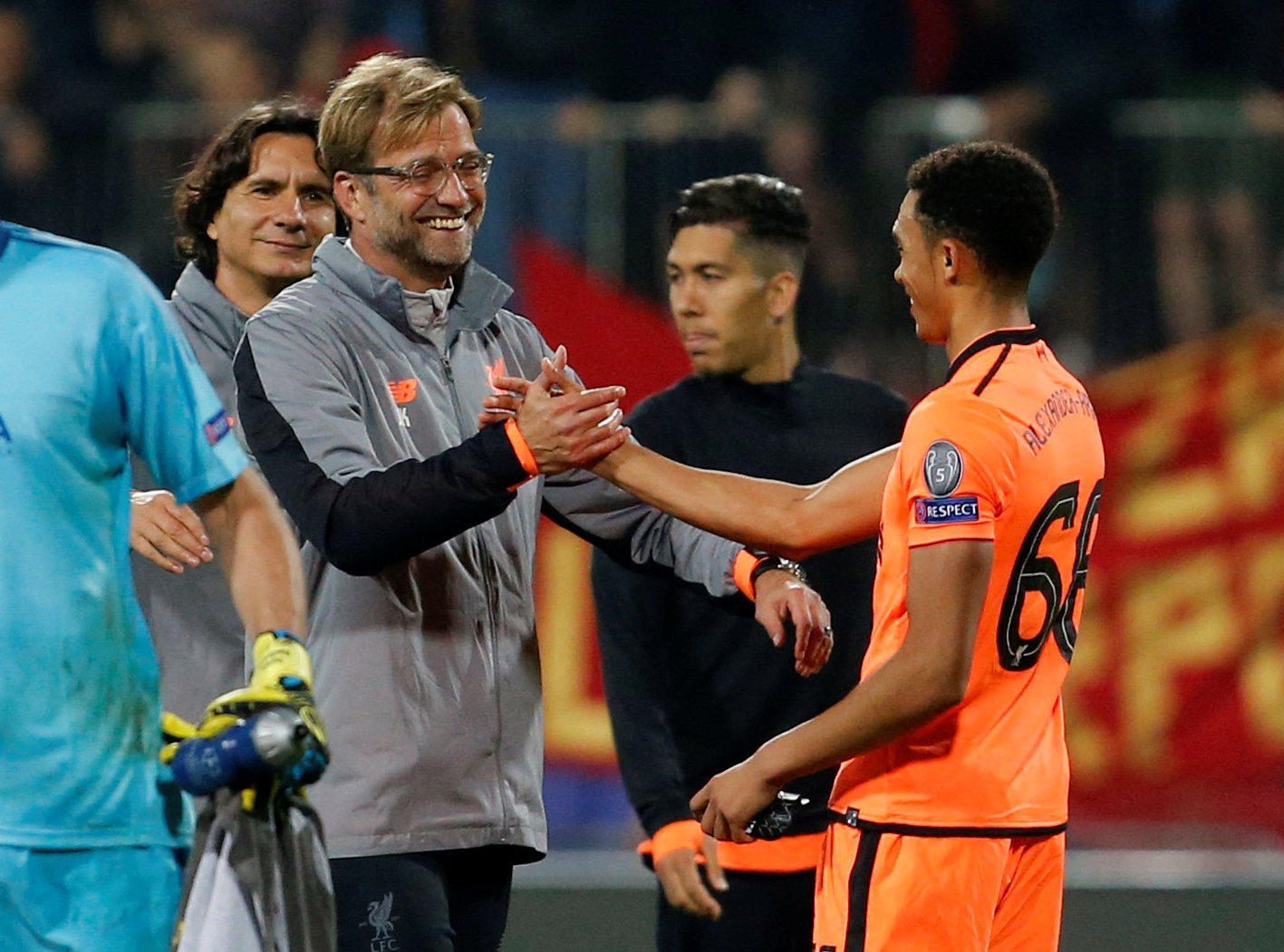 London: Juergen Klopp's Liverpool have been breathtaking and infuriating in equal measure this season, but it all came together on Tuesday as they displayed their devastating attacking prowess in a 7-0 victory against Maribor.
As has been the case too often this season, Liverpool's opening two Champions League draws against Sevilla and Spartak Moscow were characterised by both defensive fragility and attacking frustration.
Yet from the moment Roberto Firmino opened the scoring in the fourth minute against the Slovenian side, Liverpool cut through the hosts' defence with irrepressible vim and vigour and ended up recording the biggest away win by an English team in European Cup history.
The first half was only 19 minutes old by the time Philippe Coutinho and Mohamed Salah added their names to the scoresheet -- the latter then netting his second, and the team's fourth, in the 39th minute.
By the time Hungarian referee Viktor Kassai blew the final whistle, Firmino, substitute Alex Oxlade-Chamberlain and defender Trent Alexander-Arnold had scored second-half goals.
"Our attitude was outstanding, we were spot on from the first second," Klopp told BT Sport.
"We scored wonderful goals, played wonderful football and it looked like they were not very good, but it is difficult to play against us.
"I love the fact we stayed really concentrated in the second half, we controlled the game and it was a very mature performance.
"You can struggle in a game like this if you do not have a 100 percent attitude... Seven goals was wonderful, but the counter pressing I was close to celebrating it, it was so good. They are a really good football team and they could not cope with this."
Such are Liverpool's attacking options at present, dynamic England midfielder Oxlade-Chamberlain has had to be content with a place on the bench since his arrival from Arsenal in August.
"We were very clinical and putting almost all of our chances away," the midfielder said. "It feels like we have a lot of goals in us, we create a lot of chances.
"This is a competitive team, we have had a few results that have not gone our way, and I'm ready whenever I get an opportunity."
With five points, Liverpool -- who welcome Maribor to Anfield next month -- lead Group E on goal difference from Spartak Moscow, while Sevilla are one point further adrift in third.