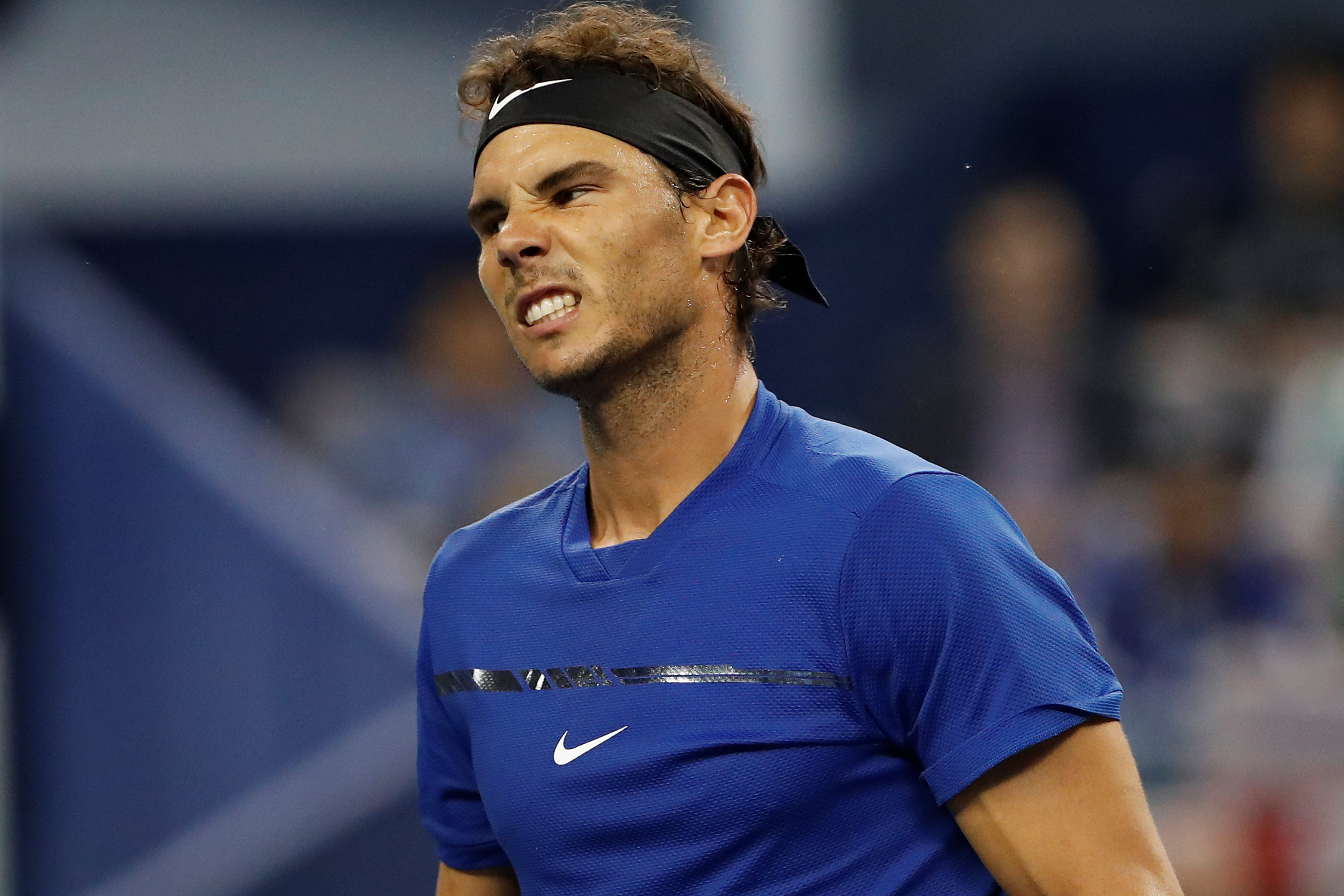 Madrid: World No. 1 Rafael Nadal has withdrawn from the upcoming Basel indoors tournament due to a knee issue, the Spaniard has said.
With the ATP Finals coming up next month, Nadal said on his Facebook page he had made the decision to pull out of next week's Basel tournament after getting medical advice.
Nadal's 16-match winning streak was ended in the Shanghai Masters final on Sunday by world No. 2 Roger Federer, who will now have the chance to make up some ground in the rankings chase.
"I sadly announce that I have to pull out of the Swiss Indoors Basel, after seeing my doctor in Spain just after landing from Shanghai," said Nadal on Tuesday.
"I am suffering from an overstressing of the knee and the problems where already present at the tournament in Shanghai which now forces me to take a time off on advice of my doctor."
Nadal, 31, leads Federer by 1,960 points in the rankings but the 36-year-old Swiss can gain 500 points if he wins at Basel with another 1,000 up for grabs at the Paris Masters.
Their battle for the year-end top spot could go down to the wire with the winner of the season-ending ATP Finals, which will be held from November 12 to 19 in London, to receive up to 1,500 points.
Nadal and Federer have each won six titles this year, splitting the four Grand Slams between them.