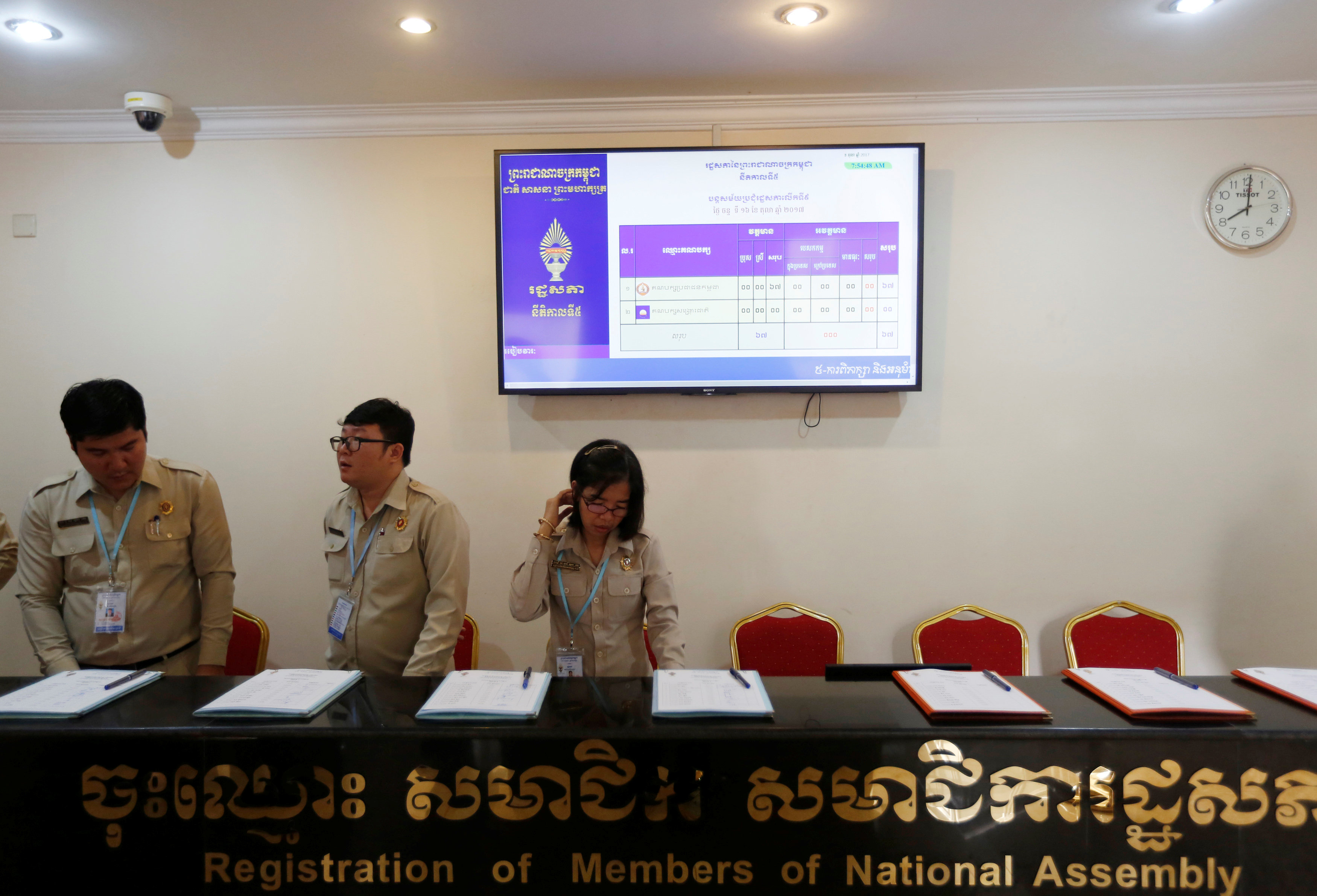 Bangkok: Rights groups on Wednesday urged the European Union and Japan to consider halting their funding for the election panel in Cambodia, if the ruling party succeeds in a bid to dissolve the main opposition party ahead of next year's general election.
The ruling Cambodia People's Party (CPP) has launched a crackdown on its critics, including politicians, independent media and non-government bodies. Nearly half the opposition members of parliament have fled abroad since September.
In a session boycotted by the opposition, Cambodia's parliament voted on Monday to change party laws to re-distribute seats if a party is dissolved.
The measure came after the government filed a lawsuit this month seeking to dissolve the main opposition Cambodia National Rescue Party (CNRP).
"If the government's position to dissolve the opposition Cambodia National Rescue Party succeeds, next year's election will be a joke," Phil Robertson, deputy director for Asia at New York-based group Human Rights Watch, told Reuters.
"At that point, both the EU and Japan should face reality and terminate their financial and technical assistance to avoid lending credibility to what will be a charade of democracy," he added, speaking after a news conference in Bangkok.
Japan and the EU are the two biggest foreign funders of the 2018 vote. China and the United States have also contributed, with the United States providing trucks and technical support, while Japan has given computers.
Japan's embassy and the European Union in Phnom Penh did not reply to a Reuters request for comment on the matter.
The CPP has used "dirty tricks" to jail opposition leaders and force others into exile, Robertson added.
CNRP leader Kem Sokha was arrested on Sept. 3 and charged with treason after the government said he had conspired with foreign advisers to topple it.
Cambodia is relying on a partisan judiciary to silence critics and "dismantle democracy," the Geneva-based International Commission of Jurists (ICJ) said in a report on Wednesday.
"Old laws are being dusted off and new laws are being created," Kingsley Abbot, the group's southeast Asia adviser, told reporters. "And all of these have led to a list of seemingly politicised investigations."
In recent months, the government of Prime Minister Hun Sen, who has ruled Cambodia for more than 30 years, has revoked the licences of about 15 independent radio stations.
The Cambodia Daily, an English-language newspaper was also forced to shut in September following government allegations of non-payment of millions of dollars in taxes.
Hun Sen has the backing of Beijing, which says it supports Cambodia's right to maintain its national security.
Cambodia is China's ally in Southeast Asia.