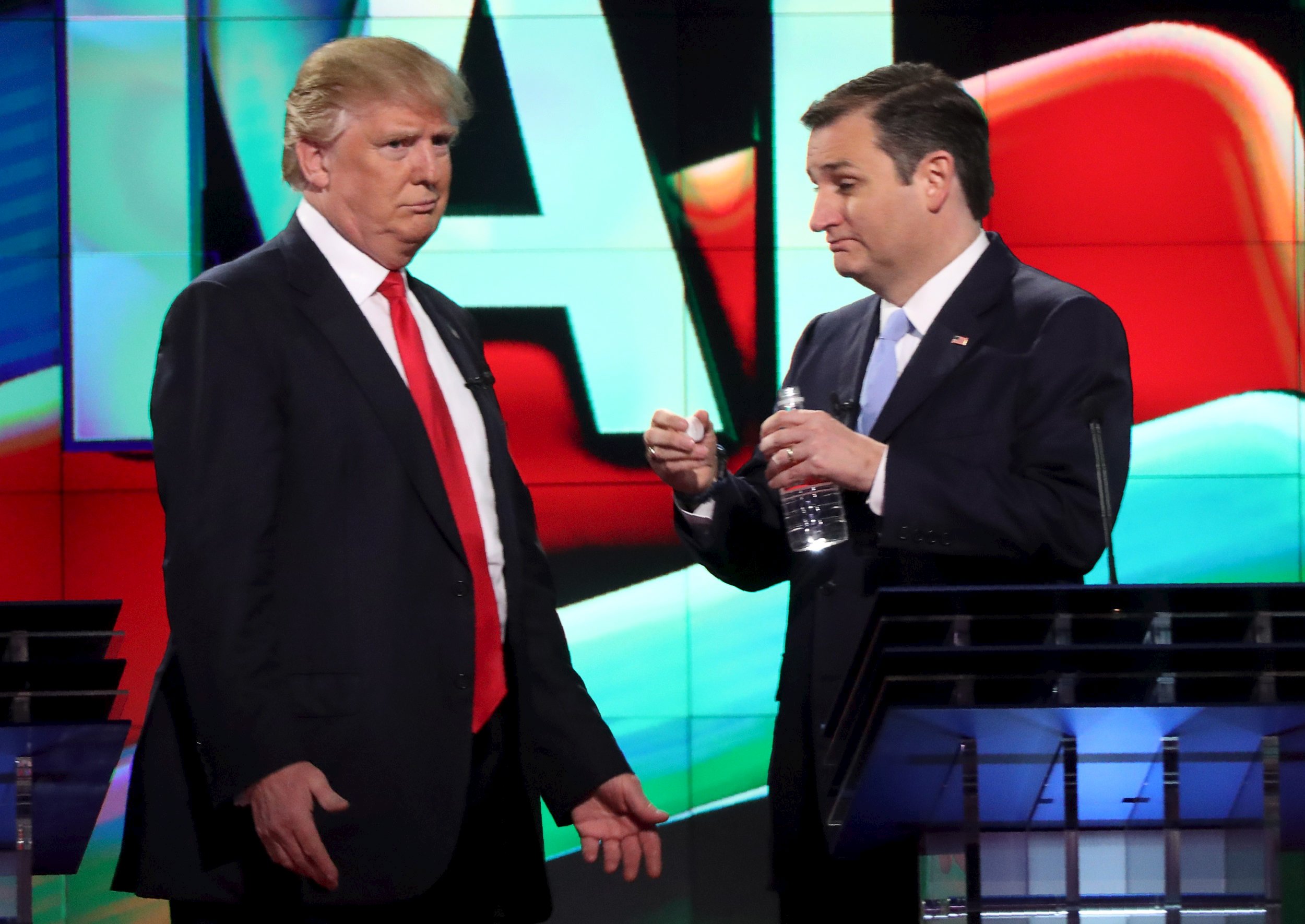 No Republican presidential candidate in advance of 2015 read the primary electorate as shrewdly as Senator Ted Cruz, or displayed the capacity and willingness to exploit it so assiduously. From his first moments in the Senate in 2013 Cruz established himself as a vehicle for rage. He staked his claim to leadership of the anti-government forces heading nowhere in particular but flouting whatever governing norms, civility or rational expectations stood in their path. In his first year in the Senate, Cruz led the shutdown of the government, the obvious purpose of which was to establish him as a guy who was, well, willing to shut down the government -- even after others had proved it counterproductive. The shutdown elevated his name in the news media and won acclaim from the kind of voters who are both extremely anti-government and blithely unconcerned that politics, like chess, is a game best played with more than one move in mind. Among sophisticated politicians, Cruz's claim to rage was unparalleled. Last year, he discredited his own Senate leader, Mitch McConnell on the Senate floor, hurling another cherished vase against the wall of congressional decorum. As the primary has unfolded, it's become clear that Cruz had plotted the most promising path to his party's nomination. The product of Princeton and Harvard Law School, spouse of a Goldman Sachs executive, skillful climber up the ladder of ambition, he played the angry rebel to a Tea. The emergence of a candidate, born with a golden spoon in his mouth, who could project populist rage with an even more authentic inauthenticity than Cruz did not at first appear to be an obstacle to Cruz's ambition. In fact, Trump's initial popularity only validated Cruz's brilliant strategy. “I like Donald Trump. He’s a friend of mine. I’m grateful that he’s in the race,” Cruz said last summer, at a time when most political savants still considered Trump's blowhard campaign sure to be dashed against the Scylla of policy ignorance or the Charybdis of crude buffoonery. Cruz even invited Trump to share a stage with him at a September protest against the deal on Iran's nuclear programme. As Trump's staying power grew, however, and his hold on racially resentful white voters tightened, reports surfaced that Cruz would seek to ride Trump's "slipstream." Cruz would continue to mimic Trump's anti-immigrant rhetoric, for instance, while showing greater skill coloring inside the lines. This tactic, too, was predicated on a conviction that Trump voters would eventually prefer a competent vessel for their anger -- Cruz -- to a candidate who knew his poll numbers backward and forward but displayed little interest in the way the federal government, or much of anything else, actually works. In January, with voting approaching, Cruz concluded that he had to confront Trump, attacking his personal finances and business acumen and saying a vote for Trump was "a vote for Obamacare." In the South Carolina primary in February, Cruz ran an ad attacking Trump as unprincipled. (Trump lashed out at Cruz in turn.) South Carolina's heavily evangelical electorate might have favoreud Cruz. Instead, Trump dominated that state, then others. In the GOP debate Thursday night, Cruz, eager for a two-man race with Trump yet still unsure how to prevail in one, opted for a new tack. He gently, respectfully nudged voters toward the realisation that Trump is an ignoramus who, while able to recognise the issues that energise them, can propose no viable solutions. Cruz used the word "solution" nine times in the debate, as when he complimented Trump for identifying trade as a vexing problem but then followed up with a gentle reminder that Trump's proposed response is likely catastrophic. "Well, Donald is right, for example, he was just talking about international trade," Cruz said. "He's right about the problems. But his solutions don't work." Cruz's varied efforts to break into Trump's electoral palace -- finding a door locked, he tries the window -- will doubtless continue. But Thursday night's debate only reinforced how thoroughly Trump has beaten Cruz at his own game. Cruz once went to extremes to cast himself as a radical who, in the words of one conservative commentator, "wants to burn Washington to the ground." Having been bested by a superior act, Cruz is now forced to remake himself as a man with "solutions" for sale. - Bloomberg View