His Majesty Sultan Qaboos receives thanks from Kuwait, sends greetings to Azerbaijan 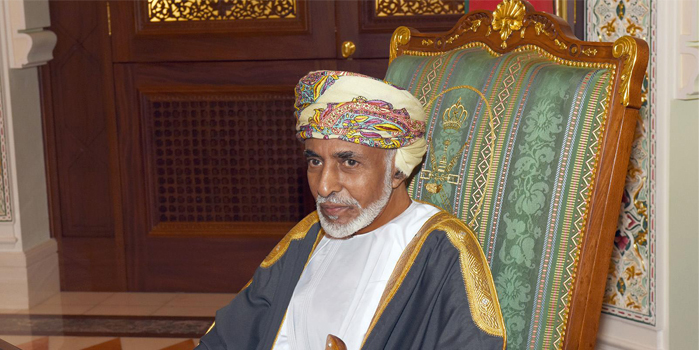 Muscat: His Majesty Sultan Qaboos bin Said has received a cable of thanks from His Highness Sheikh Sabah Al Ahmed Al Jabir Al Sabah, Emir of Kuwait in reply to His Majesty's condolences cable on the death of Sheikha Sara Yousif Al Athbi Al Sabah.
In his cable, Sheikh Sabah expressed his utmost thanks for His Majesty's sincere condolences and sympathy, praying to Allah the Almighty to rest the deceased's soul in peace and protect His Majesty against all harms.
His Majesty Sultan Qaboos bin Said has sent a cable of congratulations to President Dr. Ilham Heydar Aliyev of the Republic of Azerbaijan on the occasion of his country's Independence Anniversary.
In his cable, His Majesty the Sultan has expressed his sincere congratulations along with his best wishes of good health and happiness to President Aliyev and his country's people further progress and prosperity.