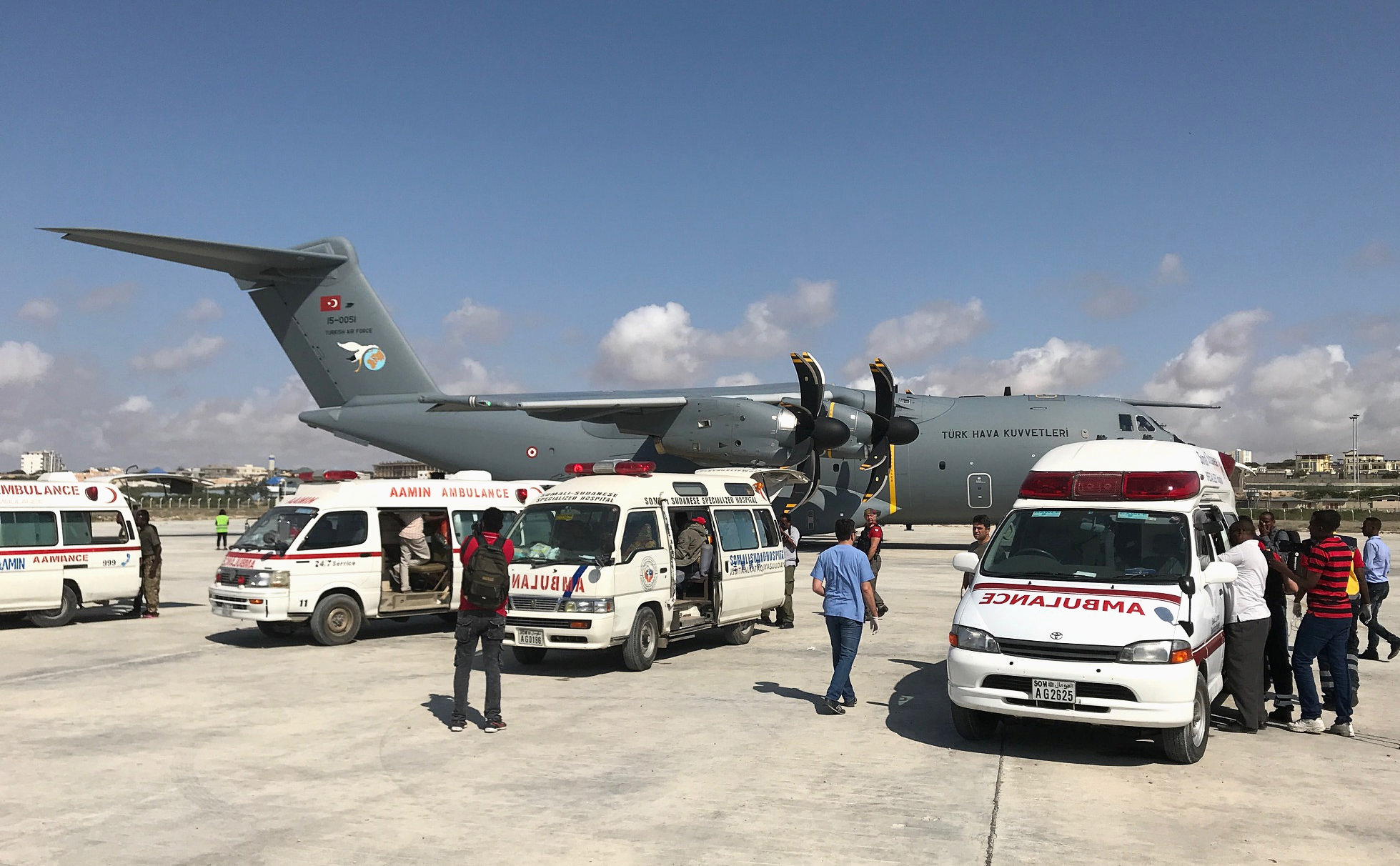 Nairobi: Somalia is in desperate need for donated blood to treat survivors of a truck bombing in the capital Mogadishu on Saturday that killed more than 300 people and injured at least 400 others, a minister said.
The bombing was one of the worst such attacks in Somalia. Officials said it bore the hallmarks of the Al Qaeda-linked Al Shabaab group, but they have not claimed responsibility.
Information Minister Abdirahman Omar Osman said Somalia does not have a blood bank and that the limitations of its health care system was impeding the medical response. Countries including Turkey and Qatar are providing medical assistance.
"We are requesting blood, we are requesting assistance for verifying the dead in order for their relatives to know," Osman told Reuters by phone from Mogadishu.
Somalia has been mired in conflict since 1991, when clan warlords overthrew a dictator then turned on each other. One of the poorest countries in Africa, it faces severe food insecurity and relies on foreign donors to support its institutions and basic services.
Osman said the bodies of more than 100 people buried on Monday "were blown beyond recognition", and that he hoped other bodies could still be identified.
Turkish doctors -- mainly surgeons and specialists in spine injuries -- arrived along with Turkey's health minister on Monday.
"They are treating people in hospitals in Mogadishu," the minister said.
Turkey evacuated 35 critically wounded Somalis to Ankara by plane on Monday, the country's deputy prime minister Recep Akdag told reporters upon returning from Somalia. An increasingly close ally of Somalia, Turkey opened a $50 million military base in the capital last month.
Medicine from neighbouring nations Djibouti and Kenya arrived by plane on Tuesday and "air ambulance" was en route from the Gulf state of Qatar, the minister said.
Qatar would be evacuating 25 more injured people to a hospital in Sudan.