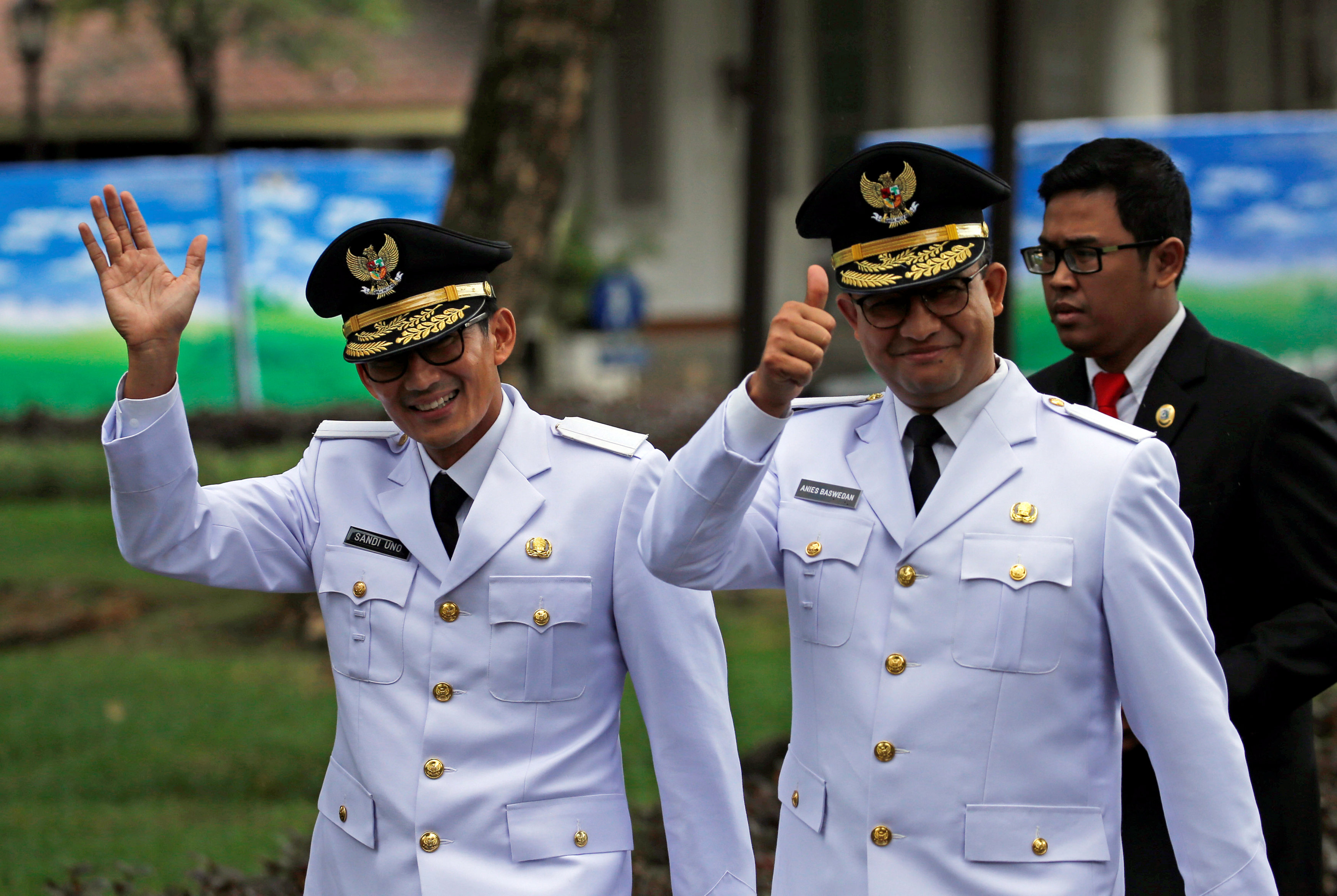 Jakarta: The new governor of Indonesia's capital faced a barrage of criticism on Tuesday for remarks in his inauguration speech that some residents and politicians warned could stoke ethnic and religious tension in the Southeast Asian country.
Anies Baswedan, a former education minister, said in a speech only hours after he was sworn in on Monday that "pribumi" (native or indigenous Indonesians) should take back control of the country from "colonial" influences.
His comments came as tolerance in the Muslim-majority country has been under scrutiny since bitterly fought city elections this year during which hardliners'-led rallies targeted the former governor, an ethnic Chinese Christian, in a controversial blasphemy case.
"We 'pribumi' people were oppressed and defeated. Now, after independence, it is time for us to be masters in our own country," Baswedan said in a speech to supporters outside the Jakarta City Hall late on Monday.
The word 'pribumi', which excludes ethnic groups like Chinese Indonesians or Indian Indonesians who have lived in the country for generations, was the top trending topic on Twitter in Indonesia on Tuesday.
"You are of Arab descent yourself sir! So who do you mean when you say 'it's time for pribumi to be masters of the country'?" user @denradityaa tweeted.
Baswedan is a descendant of the Hadrami tribe of Yemen and comes from a family of respected moderate scholars.
Some took Baswedan's words to single out Chinese Indonesians - a minority that has faced long-running resentment for their control of trade and wealth in Indonesia.
There were also some supporters.
"Why are people making a racket about pribumi? If you're born, raised and have Indonesian Id, you're a pribumi. Those who are mad with (the word) pribumi are not Indonesians," @febrin_navarro wrote.
A spokesman for the governor did not immediately reply to a request for comment, but Baswedan was quoted by media as saying the comments referred to the colonial era.
"The point is that (the word) was used to explain the Dutch colonial era," he was quoted as saying.
Baswedan and his deputy, Sandiaga Uno, won April's governor election on the back of support from hardline Islamists who have pushed, among other things, vitriolic anti-Chinese rhetoric.
A prominent hardline leader, Bachtiar Nasir, who backed Baswedan's campaign, said the wealth of Chinese Indonesians was a problem and advocated an affirmative action programme for native people.
Neighbouring Malaysia runs a controversial affirmative action policy under which ethnic Malays and other indigenous populations enjoy entitlements such as quotas in universities and companies and cheaper property rates.
Indonesia's 250 million people are predominantly Muslim, but it has sizeable Christian, Hindu and Buddhist minorities and hundreds of ethnic groups.
"Baswedan is ripping the national fabric...with the use of the word 'pribumi'," said Rian Ernest, an ethnic Chinese politician with the Solidarity Party of Indonesia.
"We strongly condemn Baswedan's statement, which does not reflect the spirit of leadership or 'unity in diversity'," he added, referring to Indonesia's national motto.