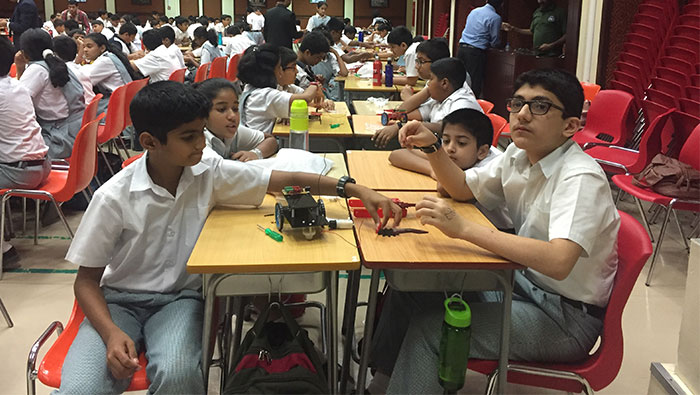 Muscat: Indian School Al Ghubra organised the Seventh Annual ISG Robotics workshop on Begin-O-Robotics on the 6th and 7th of October, 2017.
The workshop was conducted by the Department of Physics in association with Innovians Technologies from India, headed by Mr. Prateek Gupta. Over 280 students took part in what was the 7th edition of the workshop.
The event was kick-started with an introduction to electronics and robotics, and an explanation of Isaac Asimov's laws of robotics. Children were also given their first assignment for the day: building a manual robot. Each step was carefully demonstrated with the help of videos and follow up assistance from the team.
The second day involved creation of a 'pick and place robot', where students had to use a series of four controls to control a robot, pick up items and place them in a desired spot.